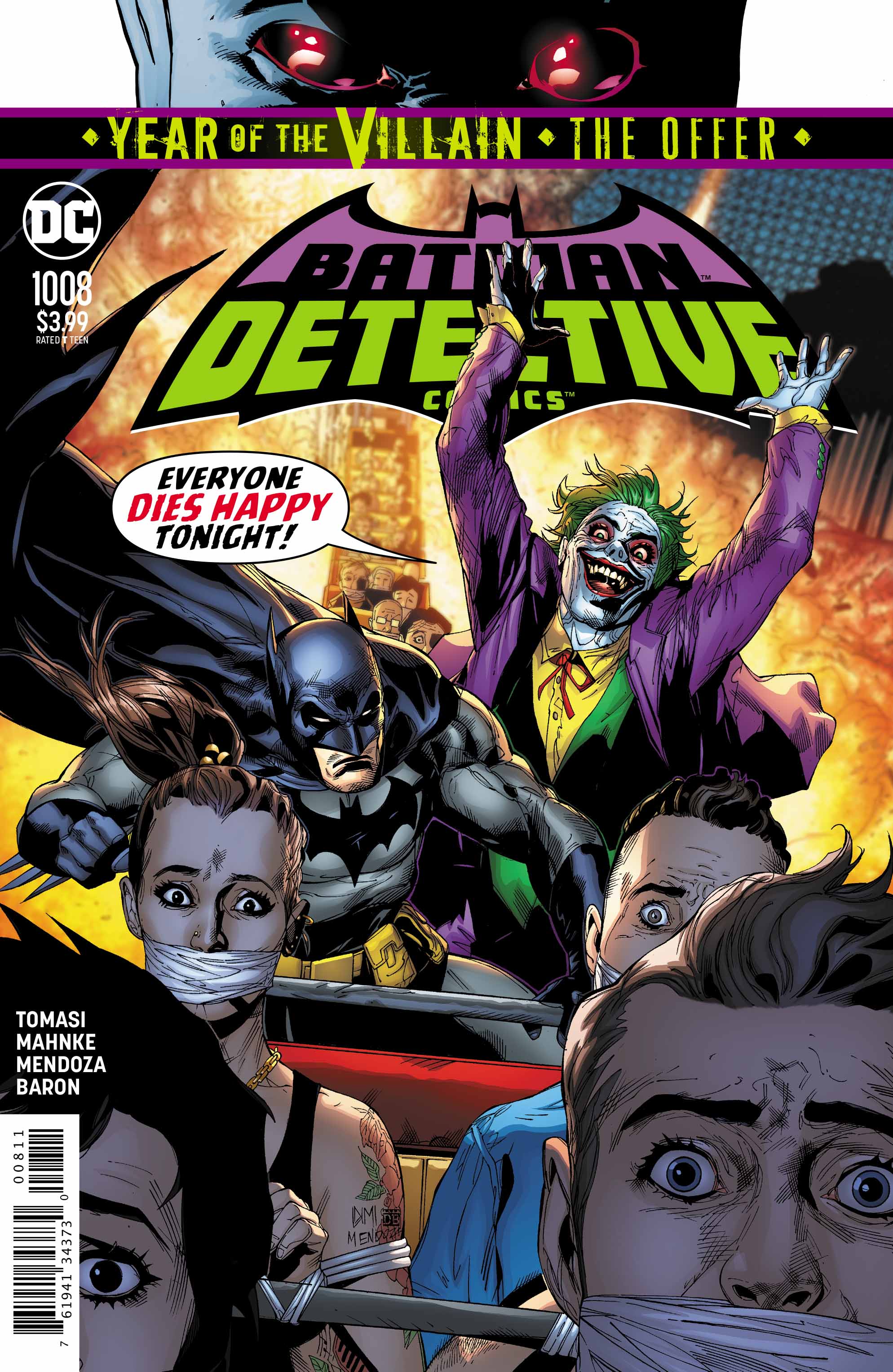 Batman faces off with the Joker in a familiar setting- Bolland Park, where the legndary The Killing Joke took place; and Batman’s having none of it!  Meanwhile, Mr. Freeze gets a visit from Lex Luthor in the “Year of the Villain” tie in.

While mulit-part epics seem to be all the rage, a one or two-parter can often be more satisfying.  Perhaps, the plot is not as complex, but in the case of Detective Comics #1008, packs in enough Easter eggs to make every fan smile.  It’s all packed in a classic Batman vs. Joker story where the Joker is portrayed in a slightly buffoonish way than that of a master criminal.  This Joker seems like he’s lucky not to pee his pants when the guards slap him around at Arkham. 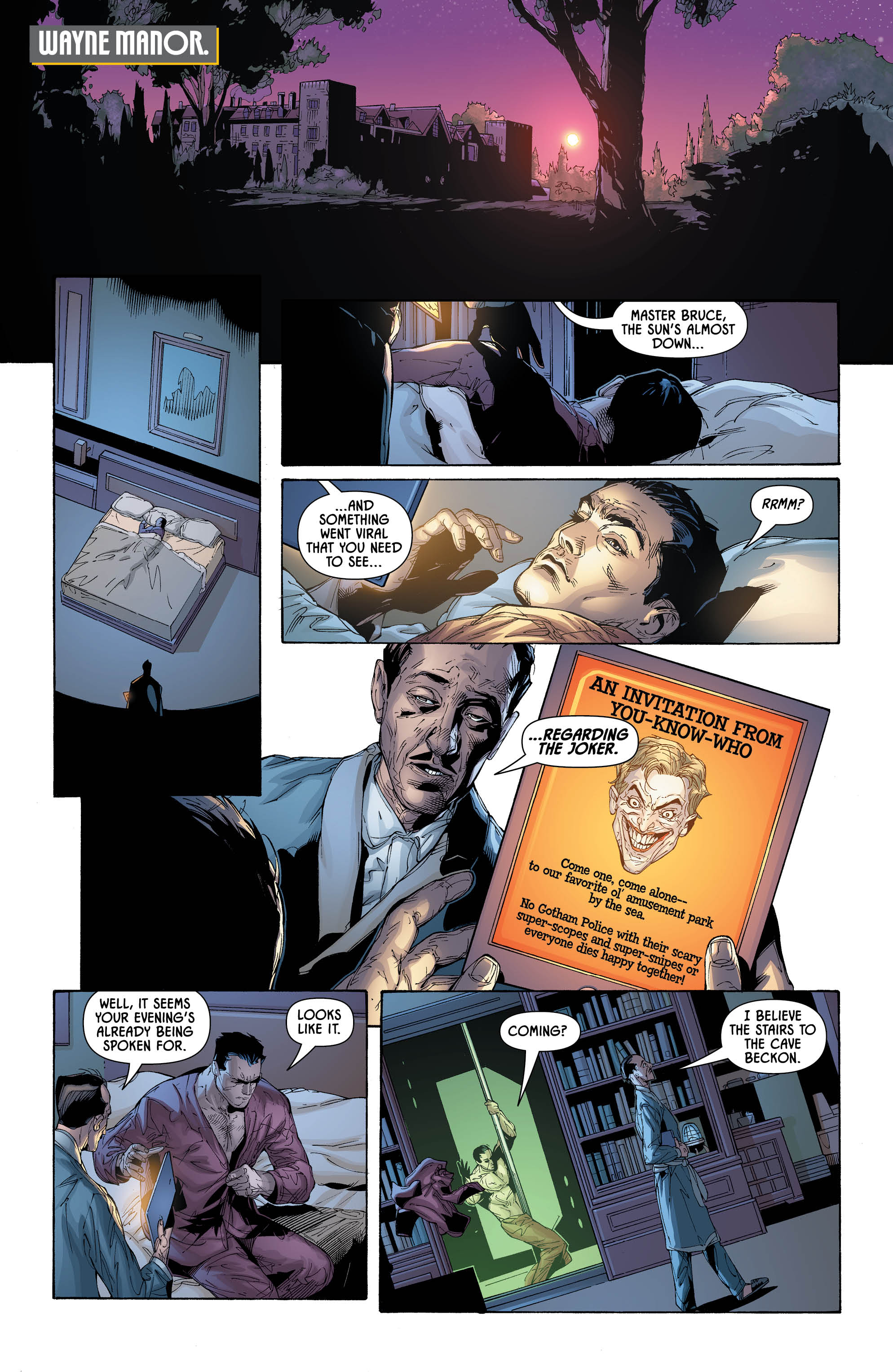 Not only does Tomasi set the tale in Bolland Park, obviously the carnival setting of The Killing Joke, but he also utilizes the “fortune teller.”  The Joker also references the classic tale by Steve Englehart, Marshall Rogers and Terry Austin- “The Laughing Fish” from Detective Comics #475.  The movies are not left out as one of his victims goes down, the Joker comments, “You are one tough negotiator,” which recalls Jack Nicholson’s Joker from the Batman ’89 film when he kills one of Boss Grissom’s former lieutenants.

It’s a very no-nonsense Batman that subdues a Joker that seems ill prepared and absurdly outmatched physically.  The Joker appears to almost enjoy his beating, as if that was the point all along- “how can I piss Batman off enough to beat me up until the cops show up.”

These elements not only add up to a really great face off between these two forces of nature, but its extremely fun.  The references are like a nostalgic journey.  Even if Batman is classically “not amused” by the Joker’s antics, the reader will be.  But, additionally, the reader will find Batman in perfect characterization.  Tomasi’s Batman is more balanced and less pathological than some interpretations of the Dark Knight.  This provides for a bit more fun than an agonizingly tortured Bruce Wayne while not detracting from his intensity or singleness of vision.

Nothing substantial stands out as a negative in Detective Comics #1008.  Though this apparent one-off story is a rarity these days some readers may feel like it was all over too soon.  There was a time when this was the standard type of story and everything wasn’t 4, 5 or 6-issue story arcs. 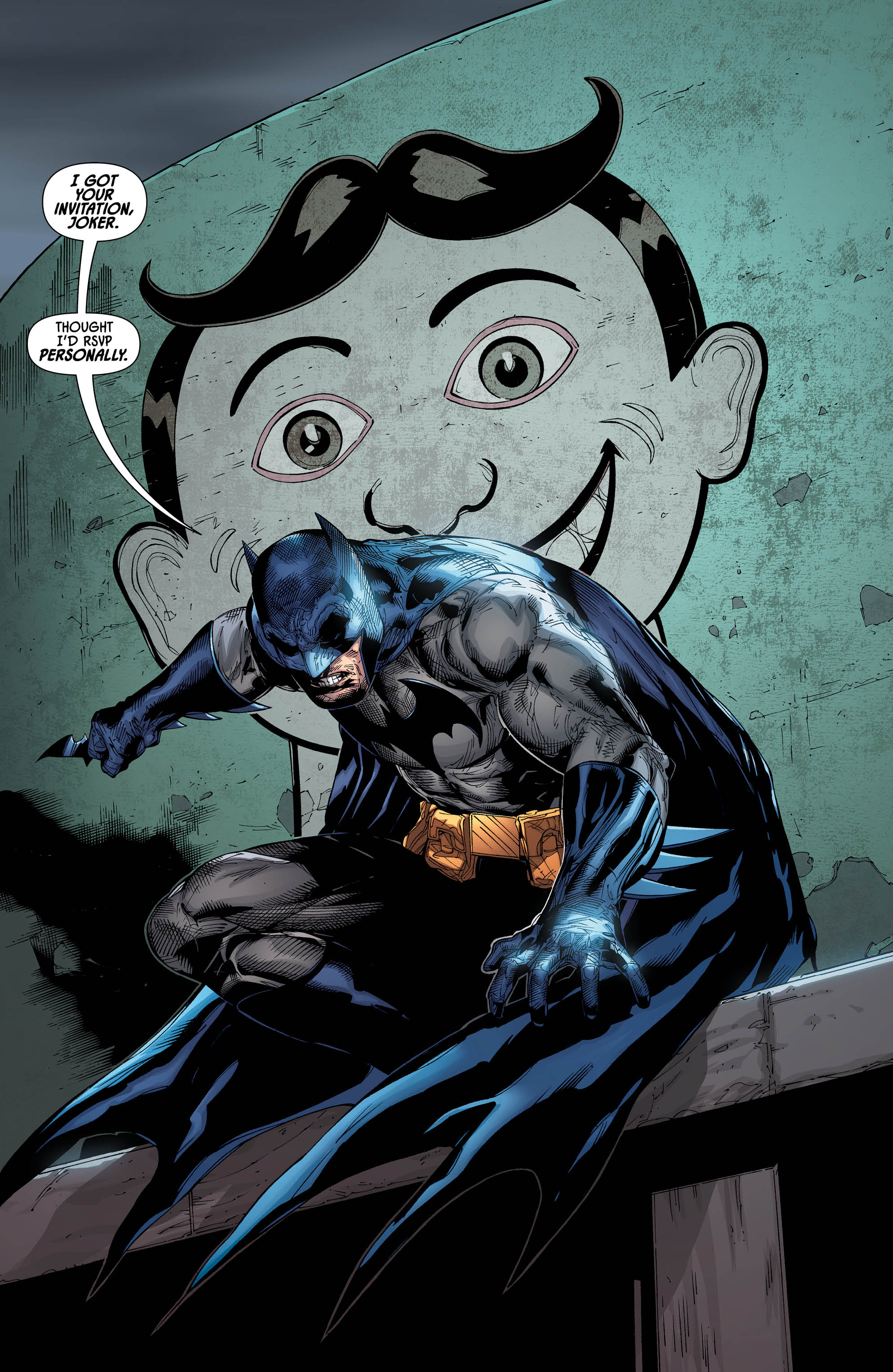 This wonderful throwback tale not only features the Clown Prince of Crime, but it successfully recalls a classic era through style as well as numerous references to classic Batman tales of the past.  The postscript with Mr. Freeze feels like a different story entirely, and it’s good that it does, because the Joker doesn’t need any sort of urging to give Batman a “fun” night out.