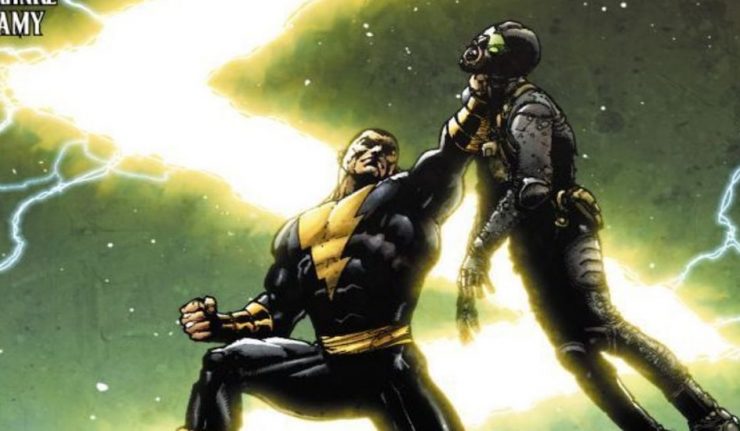 Black Adam has been on the DC/WB slate of movies since the very beginning.

Even since before production began on Wonder Woman, Black Adam had a major role in the DCEU; so big in-fact that Dwayne “The Rock” Johnson was cast as the DC antihero on the big screen.

Some years have passed now and many things have changed inside the DC Universe but one constant remains, we will get Black Adam on the big screen and he will be played by “The Rock”.

Recently, producer and president of Seven Bucks Production Hiram Garcia revealed in an interview with Collider just when Black Adam is scheduled to begin filming.

“The success of Shazam! was awesome for us and it was important for us to launch that, get that out into the world and begin crafting this universe.  It’s a big thing for us to create this universe, this DC section of the universe, with characters we have planned to bring into it, headlined by Shazam and Black Adam.  Jaume Collet-Serra, he just closed this deal, which we’re very excited about, and the plan is to begin filming that (Black Adam) end of next year.”

After that interview it seems that Garcia and Seven Bucks Production is looking to begin filming on Black Adam in late 2020 and has more than just a few moves planned, it sounds like they have a mini “Shazam-verse” planned of their own.