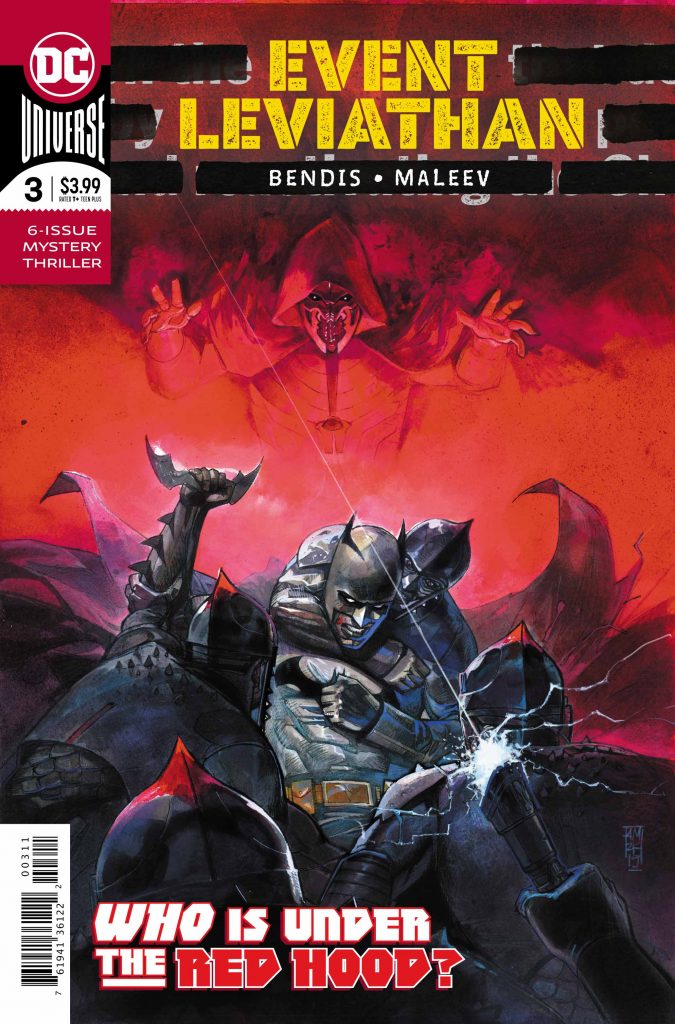 In Event Leviathan #3, a secret team made up of the world’s greatest detectives just got their asses handed to them by Red Hood.   Yea, Jason Todd.  See how it all went down as the team recounts recent events and decides how to move forward.  Meanwhile… Amanda Waller is up to no good as always.

Alex Maleev’s art continues to be phenomenal.  It is the character design, the menacing art surrounding Leviathan’s actions, and the dark but eye-catching colors that truly keep us invested.  If Leviathan has the world’s greatest detectives stumped, they must be a threat, and in many ways, the threatening nature of this individual comes through.  This new team is practically reduced to a bunch of children throwing accusations around.  He’s moving pieces and playing mind games event Batman can’t see coming.  Within the Fortress of Solitude lies an atmosphere of worry that’s infectious and brilliantly rendered by Maleev, Bendis, and Reed. 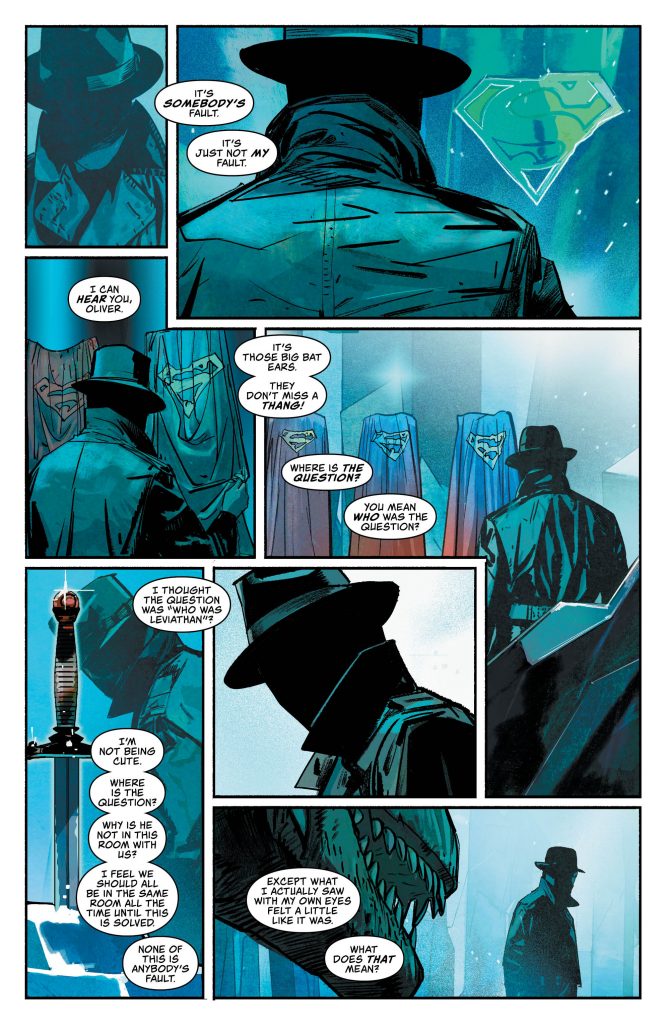 At this point, Event Leviathan feels more like a mess than a mystery.  It’s easy to see this narrative predictably stalling for one or two more issues just to have a last second twist that ultimately falls flat when considering how much the other issues sacrificed.  The audience doesn’t have clues, leads, evidence, theories, or any other element that propels the mystery forward.  We just have characters standing around and talking. The issue feels completely static, and most readers would be hard pressed to come up how the situation feels any different from the end of Event Leviathan #2 other than the big cliffhanger on the last page.  The mystery is being told to us, not shown, and the frustration only continues to grow.  It’s hard to care about who Leviathan even is at this point.  You just want the event to be over.

With half the event done, we still don’t feel any closer to solving the mystery.  The entire issue follows the world’s greatest detectives in one room recapping recent events and discussing a few theories.  Sometimes characters just standing around and talking can feel special and stand out among the many action pages that come out each week, but this issue felt very aimless.  Many of the characters had no reason for being there, and Bendis even seemed to point that out himself when he called Plastic Man “not-Elongated Man.”  This only continues to cause confusion with readers.  Additionally, Bendis’s Damian has become a bit insufferable.  He’s characterized more like Tim Drake than any other Robin and seems to have regressed quite a bit when compared to other recent portrayals.  Unfortunately, Event Leviathan keeps dragging its readers along with no reprieve in sight. 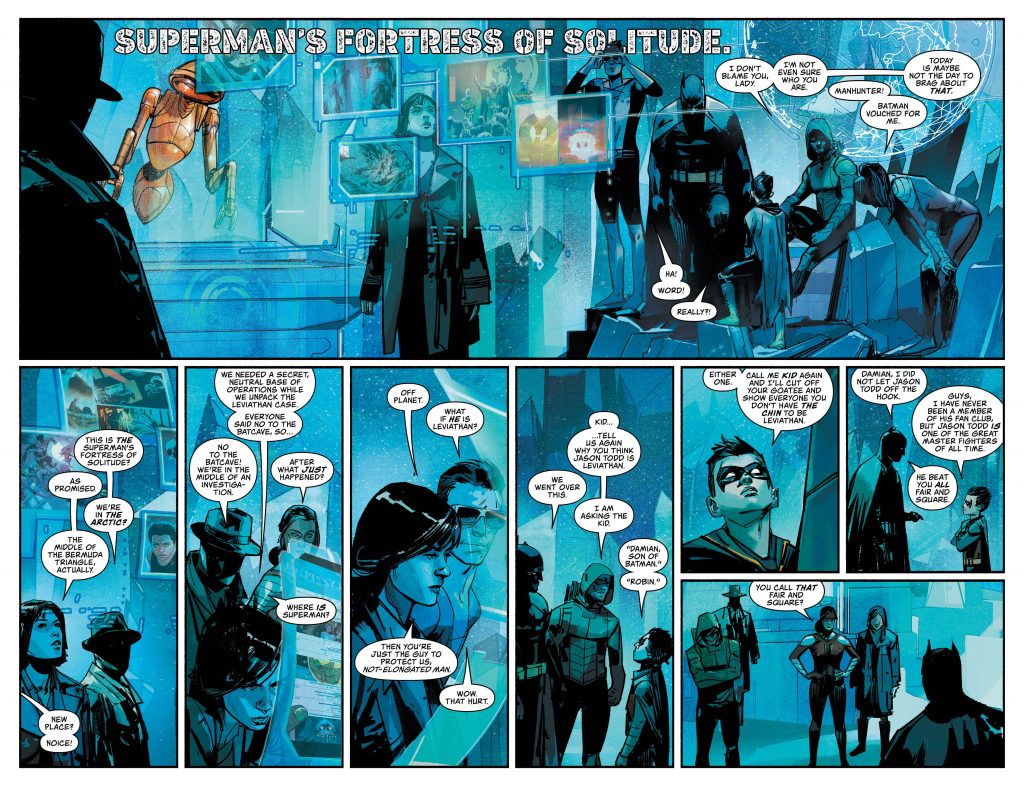 With no real, substantive discussion about leads in Event Leviathan #3, the DC Universe’s clandestine organizations, or any actual feelings regarding what is going on, Event Leviathan’s mystery is beginning to grow stale.  Luckily, Alex Maleev is still here to save the day.

Review: Batman And The Outsiders #4