Review: Jughead: The Hunger vs. Vampironica #4 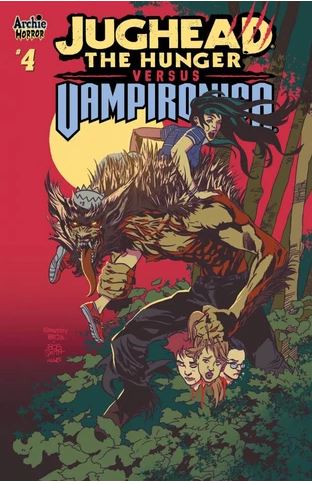 “It doesn’t work that way Ronnie.  I can’t turn it off and on like some kind of furry light switch!”  Jughead to Vamperonica about his Werewolf powers.

Jughead and Vampironica now know how to set their respective realities right thanks to a most unexpected guest star—and the solution involves the very haunted history of Riverdale itself! The question is, have they bitten off more than they can chew (pun intended) as the newly arrived hordes of vampires try to end them both? 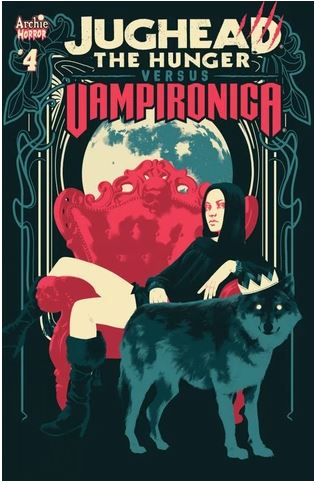 Writer Frank Tieri does an exemplary job of framing this issue of Jughead:  The Hunger versus Vampironica.  Older fans of Archie will remember classic tales of Archie and his back and forth romances between Veronica and Betty with Jughead, Moose, and Reggie rounding out the “gang”.  Simple stories with moral tales on good behavior.  And with all rebooting, especially given the recent Riverdale series, we now have Jughead as a werewolf and Veronica as Vampironica.  Older fans will remember magazines such as Famous Monster magazine and Vampirella 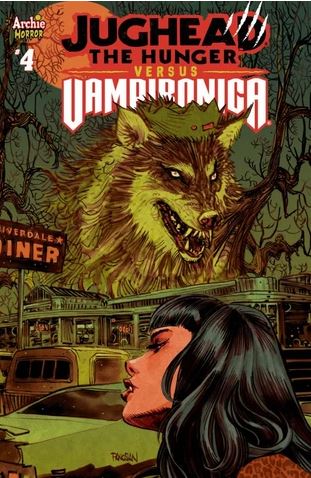 We now see that Archie has embraced that genre and has done it surprisingly well!  I like the fact that Sabrina (Spoiler Alert) is there to alert this version of Archie, Jughead, Veronica and Betty that there are “other worlds than these” and artists Pat and Tim Kennedy provide a glimpse of all the old Archie incarnations that readers used to pick up at Drug Store comic racks.  But Sabrina places these four in a combat position of having to battle Satan and Jinx (Satan’s daughter and the Anti-Christ)!

Wow!  Were we not simply attending Riverdale High and deciding what type of milkshake we were going to order at Pop’s Soda Fountain.  This escalated quickly!

However, this format works.  We all love an alternate reality and Tieri doubles down on the memories of the old fans while creating new conundrums for this gang!  It’s not Scooby-Doo.  It’s much richer! 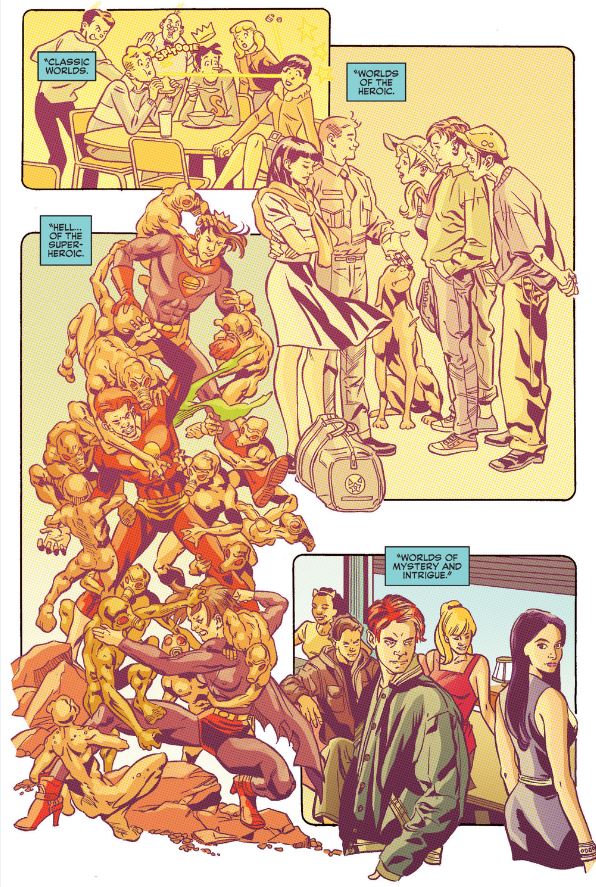 As with anything these days, the multiverse story line can be played out!  However, this one should be tried as the writing is strong and the premise looks to reward in further issues.  I did not enjoy switching artists midway in the book.  That is too abrupt!  Give Joe Eisma his own issue, if needed, but stay constant in the pencilling!  It was a distraction to this reviewer!

Bo Cooper…”I’ll pump you full of silver!”  C’mon…not sure where this fits into Betty’s canon, but I guess we will allow the gun toting “Yosimite Sam” zombie killer into the ring! 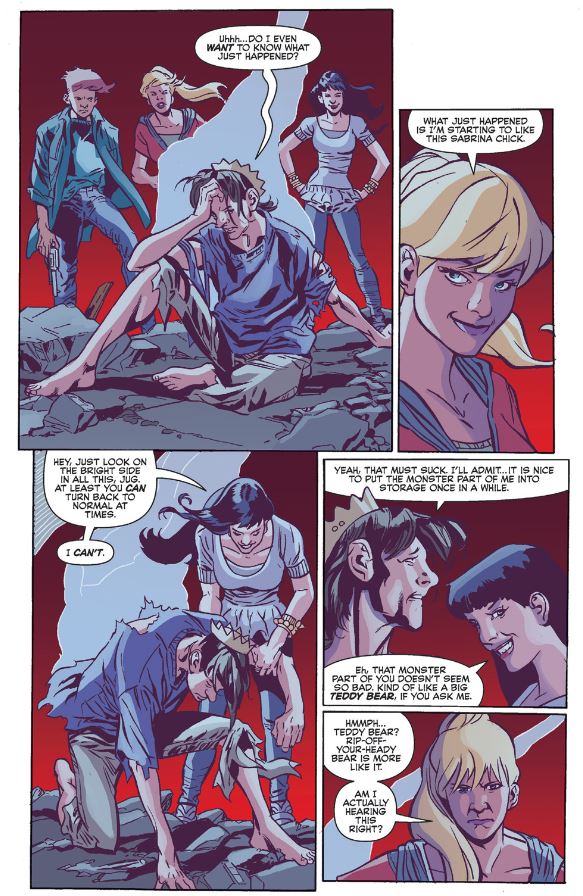 As I have read Famous Monsters and Vampirella and I have also read Archie in the past, I never thought those worlds would collide.  However, here we are and it’s not a bad taste in the mouth.  At first, I thought it would be ketchup and ice cream – two great things that have no business being together.  But actually, this works really well!  So buckle up with a rocky road milk shake…Jughead may need a future flea collar. Definitely put this on your purchase list!  And grab some back issues if you can!