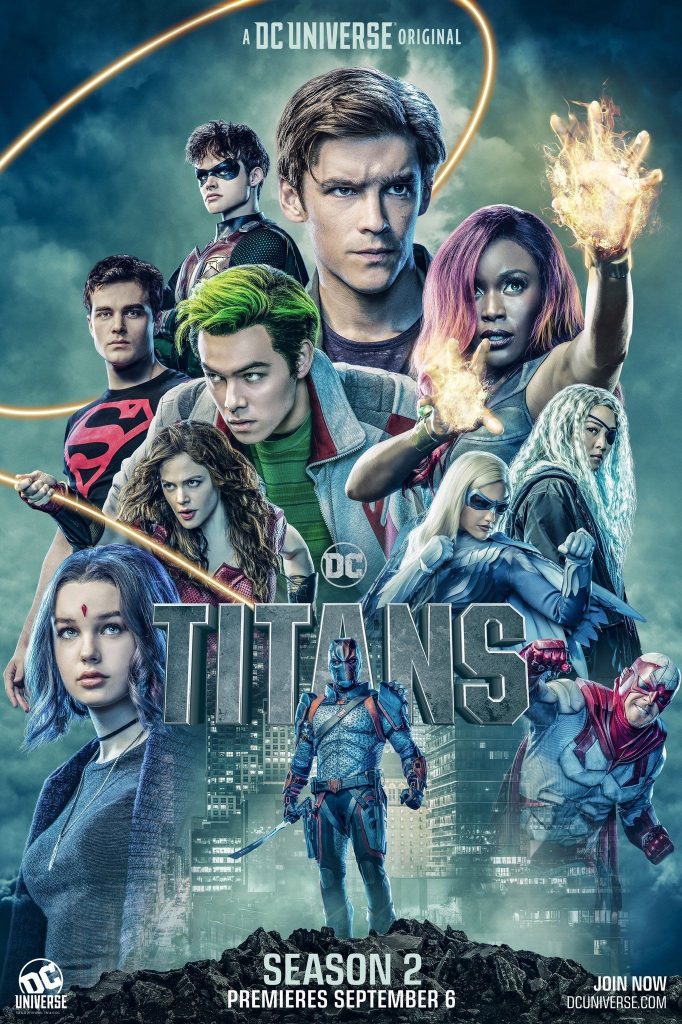 Titans 2×03:  With the re-emergence of Doctor Light, the old Titans reluctantly return to the Titans tower to strategise against their old enemy. But the secrets of the Titans’ past threaten to tear apart this newly formed team from within. 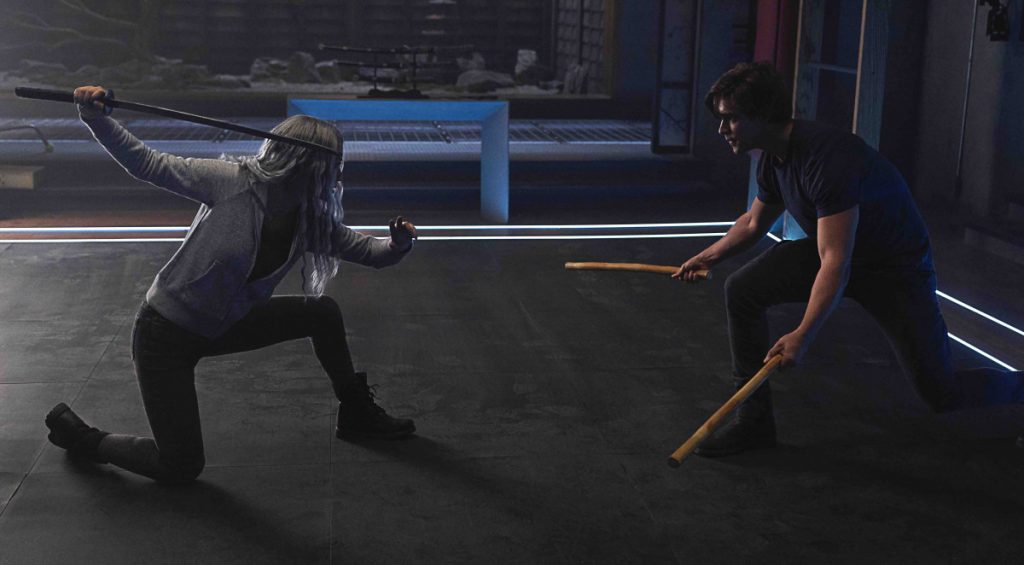 “Save the Speech for the JV Team” – Hawk.

With this many heroes, you are going to get egos.  Donna is tough on Dick.  Hank is tough on himself and has set a bench mark that may be unattainable.  And Dawn seems to be in it as a thrill seeker.

Hank and Dawn are my favorites at this point as they are the “Chip and Joanna Gaines” of the group.

“Thinning the herd”… that’s pretty ominous from Deathstroke.  And maybe a bit of foreshadowing for Jason Todd.  Speaking of Jason, our resident “Robin 2.0 whatever”, you can really see where he is chasing his tail a bit and can’t get out of his own way.  Curran Walters is bringing this character to life and is doing such a great job of making him “unlikeable” that I just feel this is a set up!  Especially given the conclusion of the episode…It’s not Joker with a crowbar, but Deathstroke in all of his glory!  You can’t go rogue when you are part of a team.

Dick’s role of a mentor to Jason breaks a bit from comic canon, but this is Titans and arguably, his time to shine!

Finally, Jason Todd’s tension with Rose as she loses control a bit of her powers!  Good Stuff! 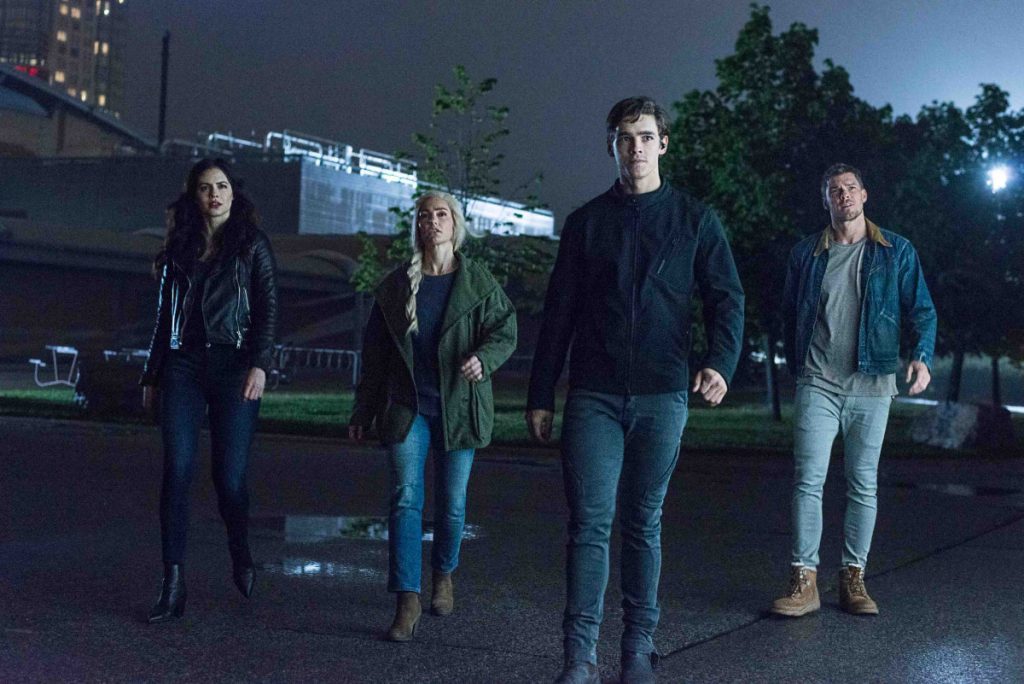 Dr. Light is a formidable villain, and serves as a bit of a distraction to the team as Rose being in the Titans headquarters is a bit disconcerting to Dick’s fellow Titans.  For those that follow the Titans comics of old, there was a character called “The Joker’s Daughter” who Dick did the same thing for, and she ended up being a Titan.  Great job by the writers in finding this Easter Egg in canon and tweaking it!
We need Kory back into the fray!  StarFire is needed in San Francisco as she is integral to the success of the Titans.  I like that we get a glimpse of Tamaran culture and that we may get to see the Titans off Earth in the future. 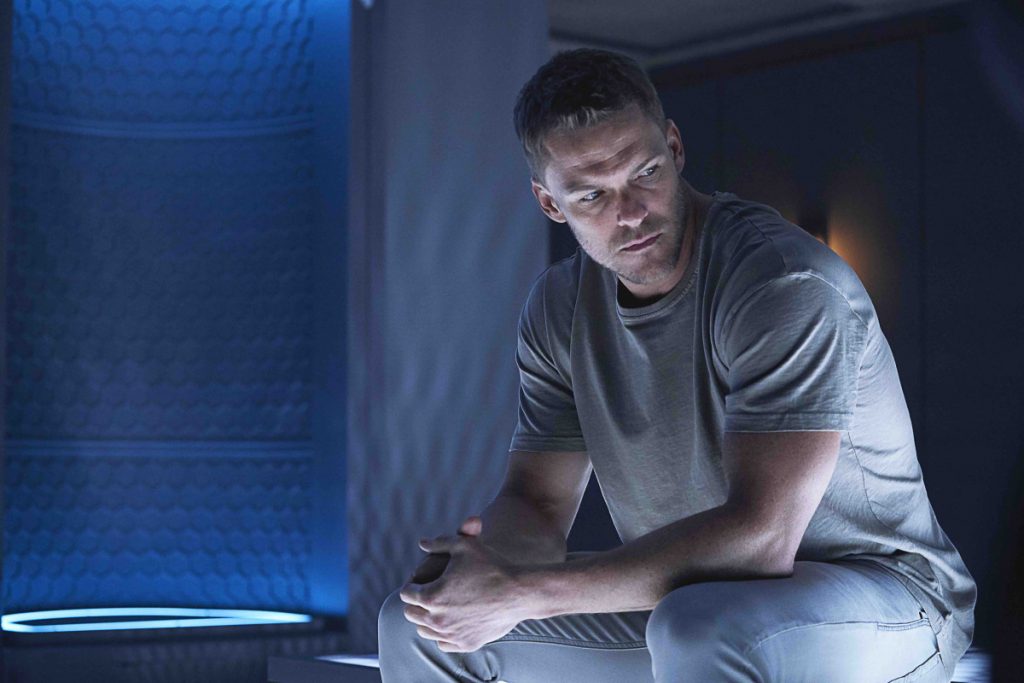 None to mention here, as the pace of the episode and the balance of the characters is working out well!  But I am a fan of Donna using the Magic Lasso, so I really want to see that on her hip and in her hands more often!

Titans are in for a long haul.  There is a lot of substance here to pull from in comic canon.  And the writers are doing a great job of providing the Easter Eggs that the fans want!  Speaking of,….ahem…Nightwing costume….we need that!  And we need this team needs to be more relevant in the DC television landscape!