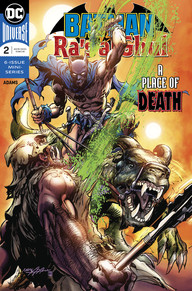 While Bruce Wayne is puzzled by his wards’ claims that he is Batman at Wayne Manor, Dick and Tim are completely puzzled by his and Damian’s behavior.  And how is that another Bruce on a table suffering at the hands of  Ra’s al Ghul.  And why is Alfred using salad dressing instead of mayo on his sandwiches?  It’s a bit of detective work for the reader in this issue of Batman Vs Ra’s Al Ghul. 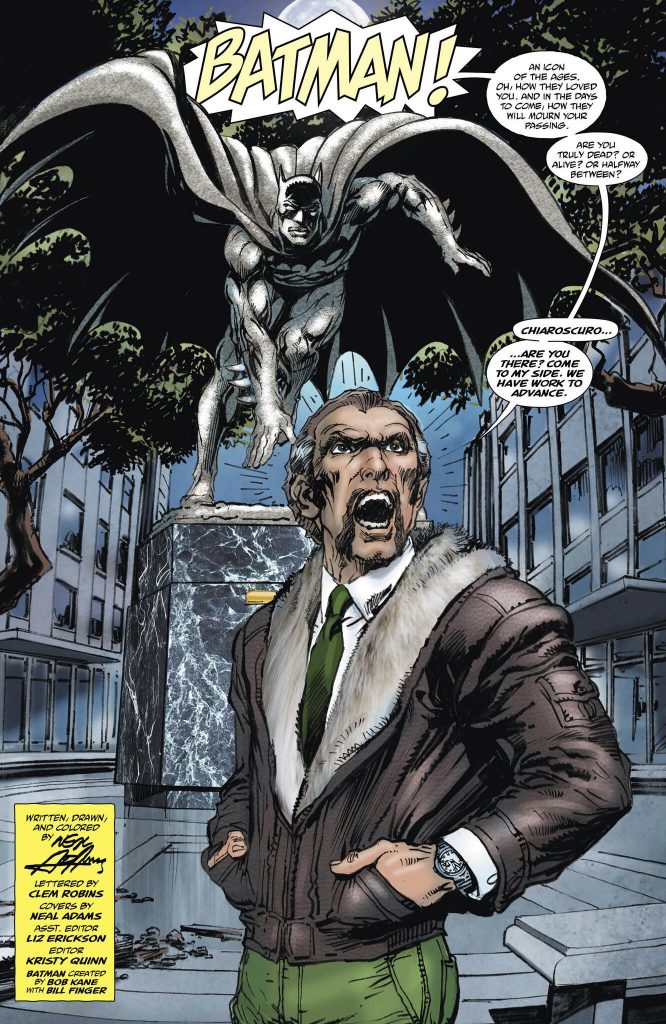 There is arguably no one better in the illustration business than Neal Adams.  His drawing of all the Batman characters is spot on and really a measuring stick to what other artists should envision when drawing Batman, Bruce Wayne, Alfred and the list goes on.  There are a few frames in this issue where you see Bruce, Damian, Tim, and Dick simply eating sandwiches and he captures all that is great about being a part of this team.  His facial renditions capture just what is being expressed in the script.

The clothes worn by his characters have not aged.  If you are yearning for the early years of Batman completed with bright yellow utility belt, and Ra’s adorned in a bomber jacket, then this is your Batman.  Arguably, this is your father’s Batman complete with the rug you had in your living room.  To quote the Big Lebowski…”that rug really ties the room together”.

Therefore, Adams is at the top of his game in terms of his art and how he uses the yesteryear comic clues (the appearance of Dead Man) 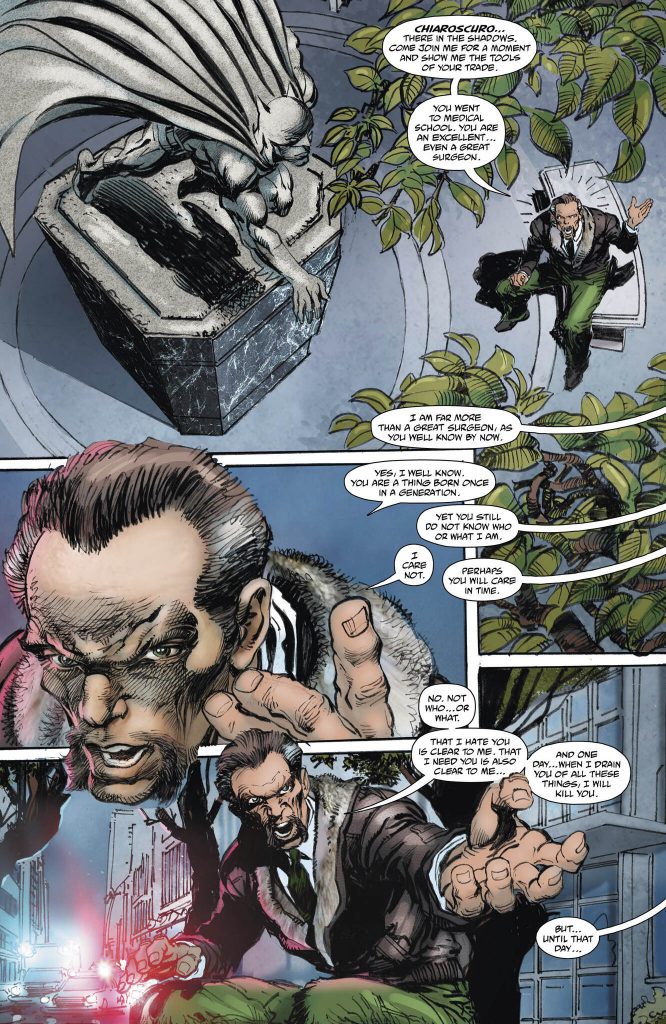 Again, Adams is stuck in old campy dialogue.  And it goes nowhere.  If you notice, he even acknowledges it with my featured quote in this review.

I cannot understand why his Batman throws tantrums and Damian, Tim, and Dick go to an emotional hot spot at the slightest thing.  The dialogue portrays it, but how can someone how is so wealthy and so “together” be such a hot reactor.

This issue jumped considerably and the story line never really provides an explanation of the “villain” that emerges to aid Ra’s Al Ghul.  Why would he need help in torturing Bruce anyway?  And why the long dialogue about telling his plan of eventually killing this “villain”.  Comic readers today are more sophisticated and there is enough canon to work with in the script department.

An ideal plan would be for a Scott Snyder written and Neal Adams illustrated comic.  Now that would be ideal! 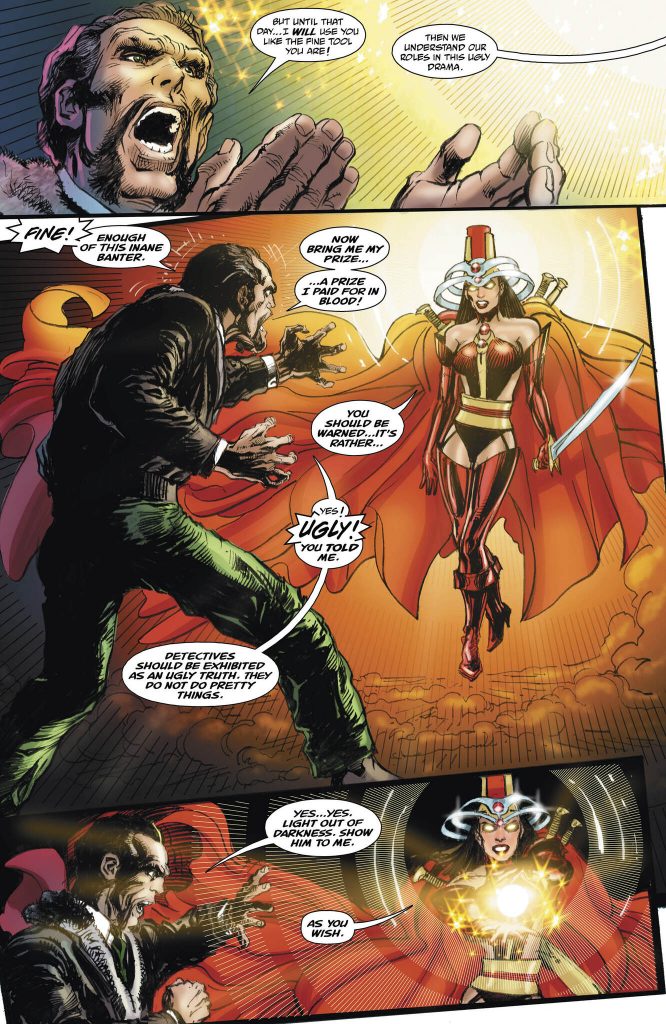