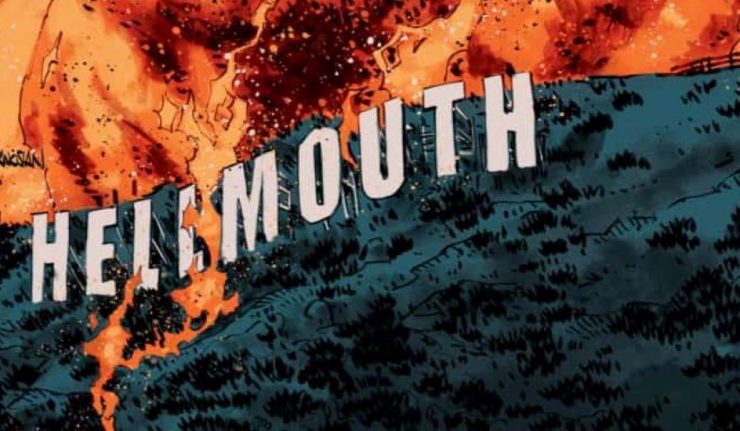 Angel #6 is pretty short on the titular character. In fact, Angel does not show up at all. Instead, Spike shows up in L.A. and Fred and Gunn are forced to spend a little quality time with him. The Spike in this universe is pretty much the same kind of brash loudmouth as he was in the TV universe, so that goes about as well as you can imagine it would. Lilith and Gunn meet. Gunn almost totally screws that up.

Angel #6, while technically part of the Hellmouth crossover, is really all about world building and the world is being built on the strongest of foundations because Bryan Edward Hill is in charge of this corner of the Whedonverse. He is really spectacular in doing exposition without making it seem like it is exposition. At no point, when we meet new characters or when we are being reminded of who people are, do we want to flip ahead or bang our heads against the wall. In this issue, he makes the conversation between Gunn and Fred feel like an actual conversation. Lilith is explained and introduced in a clever and fun way. It is effortless.

Gleb Milnikov is really, really good. That must a positive right? I mean, the way he does expressiveness is brilliant. In the promos for Angel#6, there are no words, but if you take a look at them, do you really need them to totally understand what is going on? I suggest you do not. See what I mean?

Yes, I know that Angel is in the Hellmouth, and we need the supporting act have some time in the sun,( well not all of them obviously, the metaphorical sun) we do need to see what he is doing. This is part of the Hellmouth crossover, so maybe just a little tease at the end would be aces.

Angel was never my favorite show in the Whedonverse, and based on the sales numbers, it is everyone’s least favorite comic in the Whedonverse. I would argue though, that this deserves to sit on the same shelf with Buffy and Firefly and not be relegated to sit in the corner with Dollhouse. Bryan Edward Hill is so talented I suspect I would read his adaptation of my car’s manual. 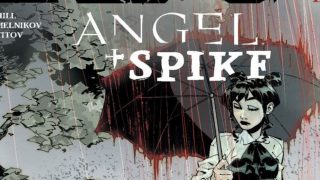 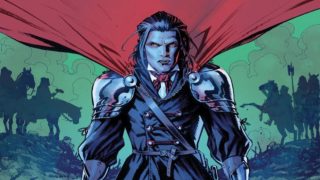