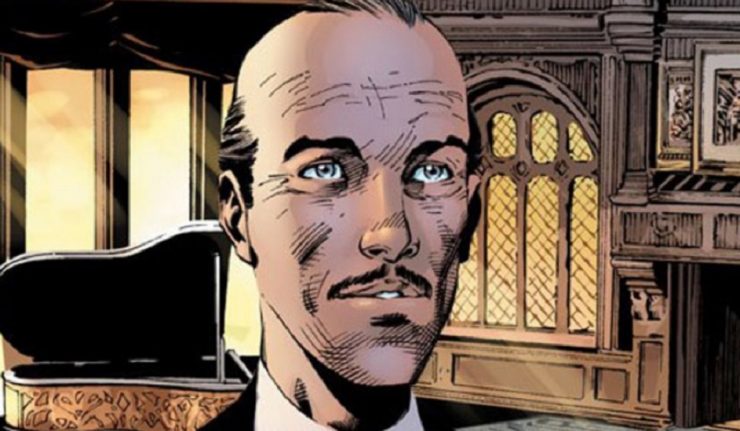 Ever since Batman #77 shipped a few months back, the Dark Knight’s corner of the DC Universe hasn’t quite been the same. If you’ll recall, that’s when Bane brutally murdered Alfred Pennyworth by breaking his neck – and that subsequently lead to copies of said issue flying off shelves.

Strangely enough, the currently unfolding “City of Bane” story arc has yet to explore the emotional fallout of this game-changer, but DC do indeed have something big planned on the horizon. As it turns out, they’ll ship a special one-shot, which has been appropriately titled Batman: Pennyworth R.I.P., in early 2020.

Without further delay, here’s the synopsis that’s been provided to the press:

Alfred Pennyworth served the Wayne family for decades—even through the terrible loss of the Dark Knight’s parents. His shocking death at the hands of Bane is the only event that could possibly compare to that fateful night in Crime Alley, and it leaves Bruce at a similar crossroads. If Alfred was the glue that held the Bat-Family together, how will Batman deal with that all falling apart? And if the Caped Crusader is to be truly alone, he might either hang that cape up once and for all…or double down and carry on with this vengeful quest forever.

If anything, this should set the stage for a drastically different status quo in Batman comics to come. Alfred’s been a staple in these books for decades, and taking him out of the equation will undoubtedly affect Bruce Wayne and the rest of the Bat-Family in psychological ways we can only fathom. But hey, at least our hero has Selina Kyle to pull him back from the abyss.

Batman: Pennyworth R.I.P. arrives in comic shops on February 12th. James Tynion IV and Peter J. Tomasi share writing duties, with artwork set to be contributed by Eddy Barrows, Eber Ferreira and others. Early promo art can be viewed below.