Review: Batman And The Outsiders #7

Review: BATMAN AND THE OUTSIDERS #7 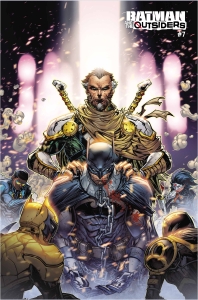 Batman and the Outsiders #7: Unable to cope with Black Lightning and Batman’s methods, Duke Thomas finds refuge in the philosophy of Ra’s al Ghul, becoming the latest acolyte of the Demon, as Ra’s at last begins to rebuild his empire!

The cover of this Year of the Villain tie-in declares this to be Ra’s Al Ghul And The Outsiders #7, with the Demon’s Head having stolen top billing from the Dark Knight.

While Ishmael holds the Signal captive, trying to brainwash Duke to defect from Batman to Ra’s. Meanwhile, Katana and Black Lightning try to convince Babylon to turn away from Al Ghul. I find it interesting that Ishmael uses torture and brainwashing to try to turn Duke, while Batman’s team attempts to use reason on Babylon.

However, Black Lightning make some odd doubts from Black Lightning about bringing her to Batman. “… I’m not sure taking her to Batman is a good idea. From what people tell me… He gets kids killed.” This makes me wonder what exactly Jefferson is referring to. It’s true that a number of his Robins have been killed or apparently killed, but they all are alive at the present. Is there some other story that we’re not aware of. It would be interesting to see exactly what Jefferson’s doubts are based on. 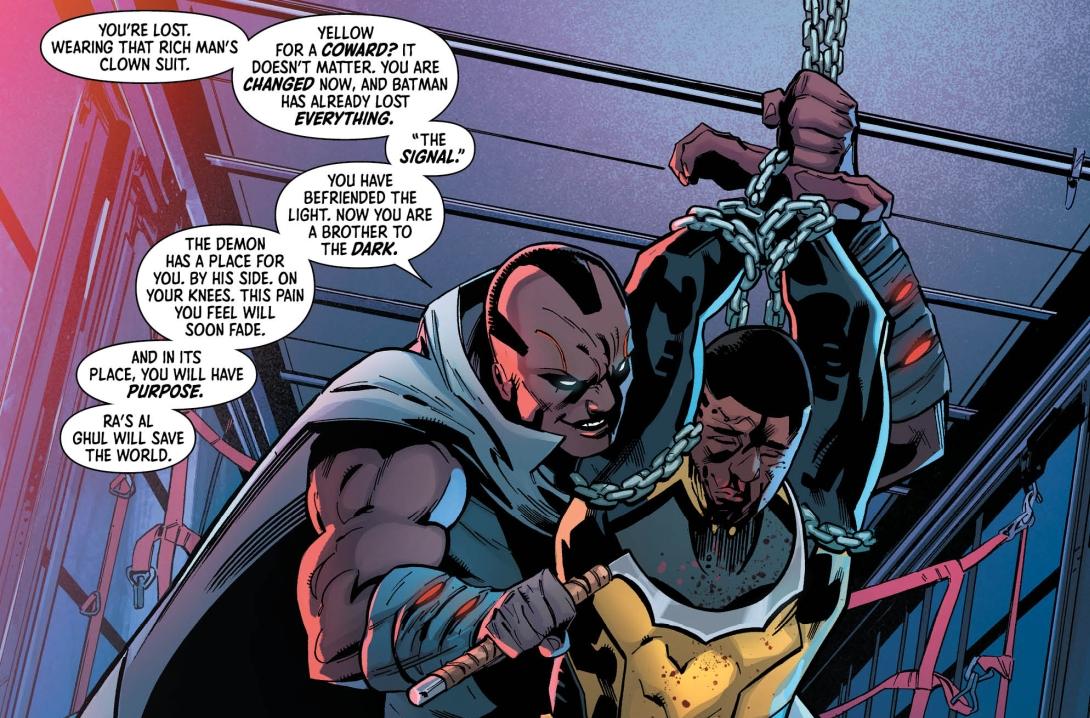 But between Black Lightning’s doubts and the Signal potentially being brainwashed, it seems that there is a rift between the Outsiders and Batman, that Ra’s is seeking to widen. Could it be that Batman and the Outsiders, like twice before, is soon to become just The Outsiders?

Also this issue, we find out that Kaliber is actually working for Ra’s Al Ghul. Although this took me by surprise, it makes sense. Kaliber’s mercenary motivations would lead him to easily switch allegiances.

Could Batman have been suspicious of Kaliber’s allegiance? It does seem odd that although he was working with the team, that Batman didn’t enlist him into the Outsiders.

I am somewhat disappointed that Kaliber ended up being a double agent. I liked the character and would have liked to see him hang around as an official member of the team. But perhaps he will continue to pop up now and then as an adversary. 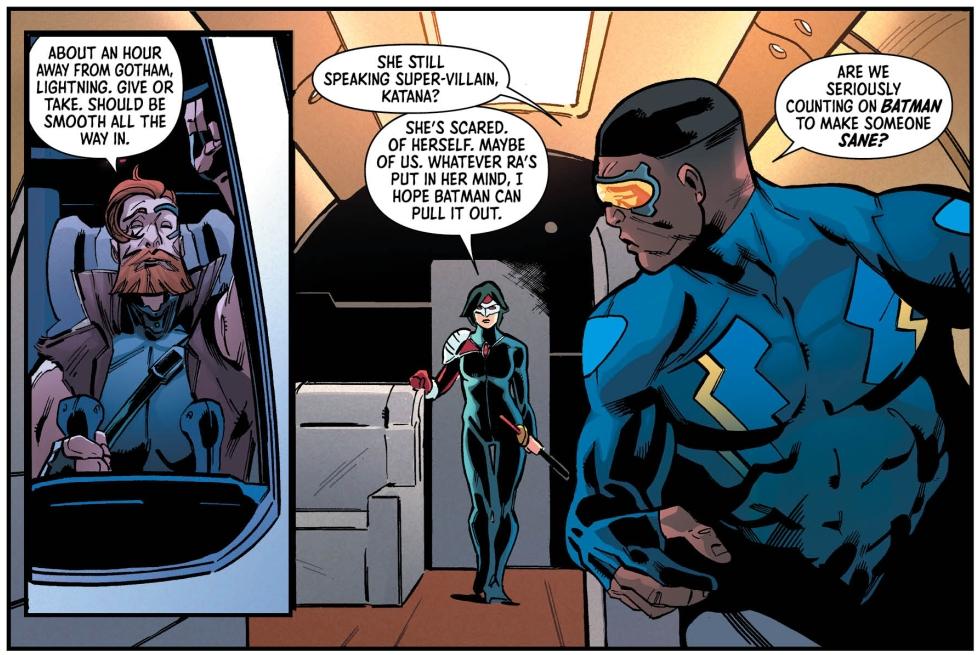 I have been enjoying Hill’s take on Batman and the Outsiders. I look forward to seeing how they overcome the machinations of Ra’s Al Ghul, and to see what shape the team is in after the dust settles.