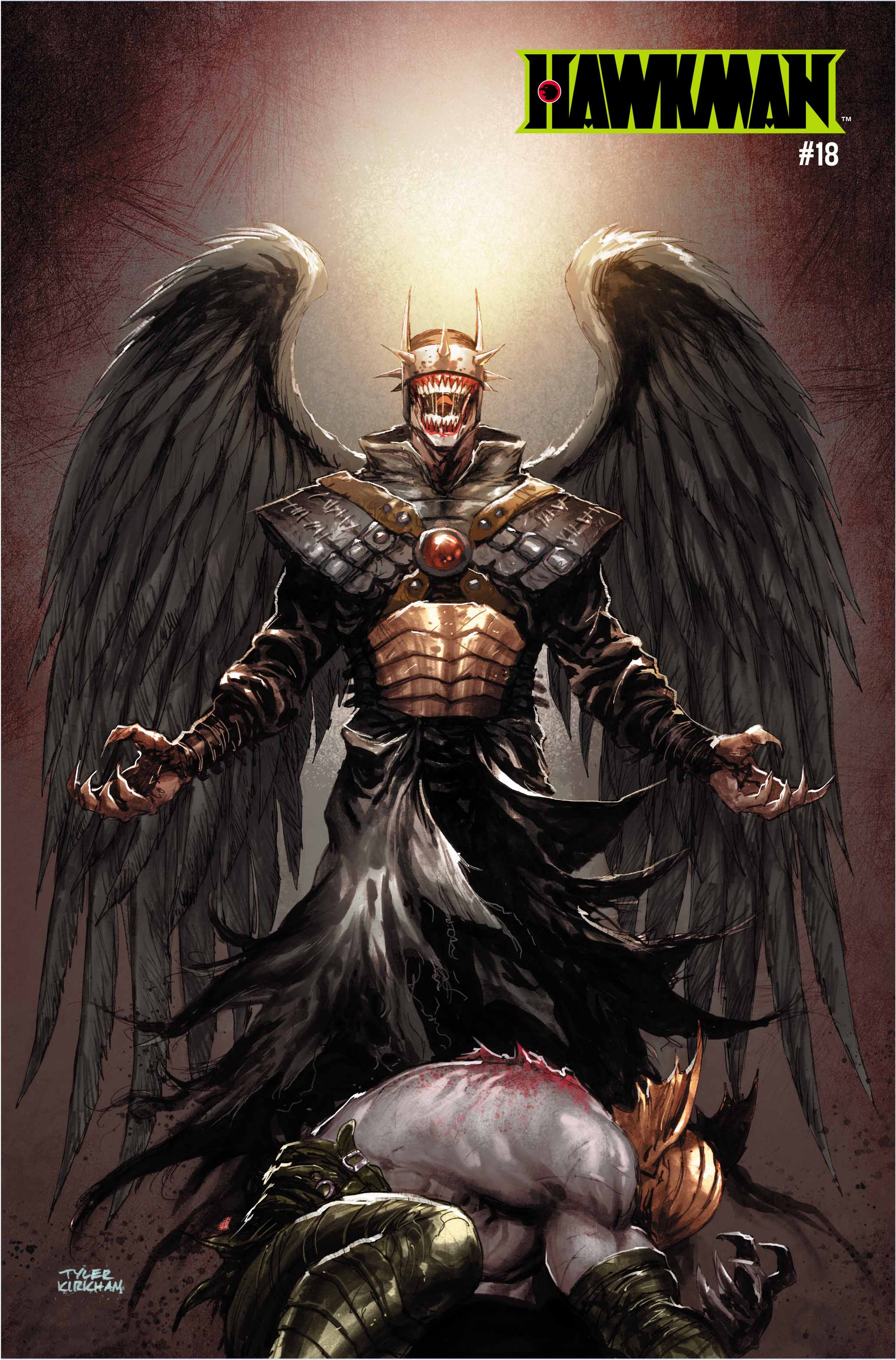 The Hawkman of Earth-3 emerges from Carter’s psyche and proves to be the toughest foe he’s faced yet.  Carter Hall has to figure out how to defeat the evil part of him still buried deep inside.

Since issue #1 of this series, Venditti has been exploring Hawkman’s character through a new lens.  Reincarnating over time and throughout space, Carter Hall has tried to make up for his sins in his first life.  Hawkman #18 continues this struggle, but in a new way.  Learning that his doppelganger on Earth-3 is actually one of his reincarnated lives proves to be almost too much for him.  It means that he hasn’t always reincarnated as a force of good, and the indication is that he has even more sins to make up for.  While Carter can’t deal with all of it immediately, it’s certainly suggested that Carter has even more lives to save to balance the scales. 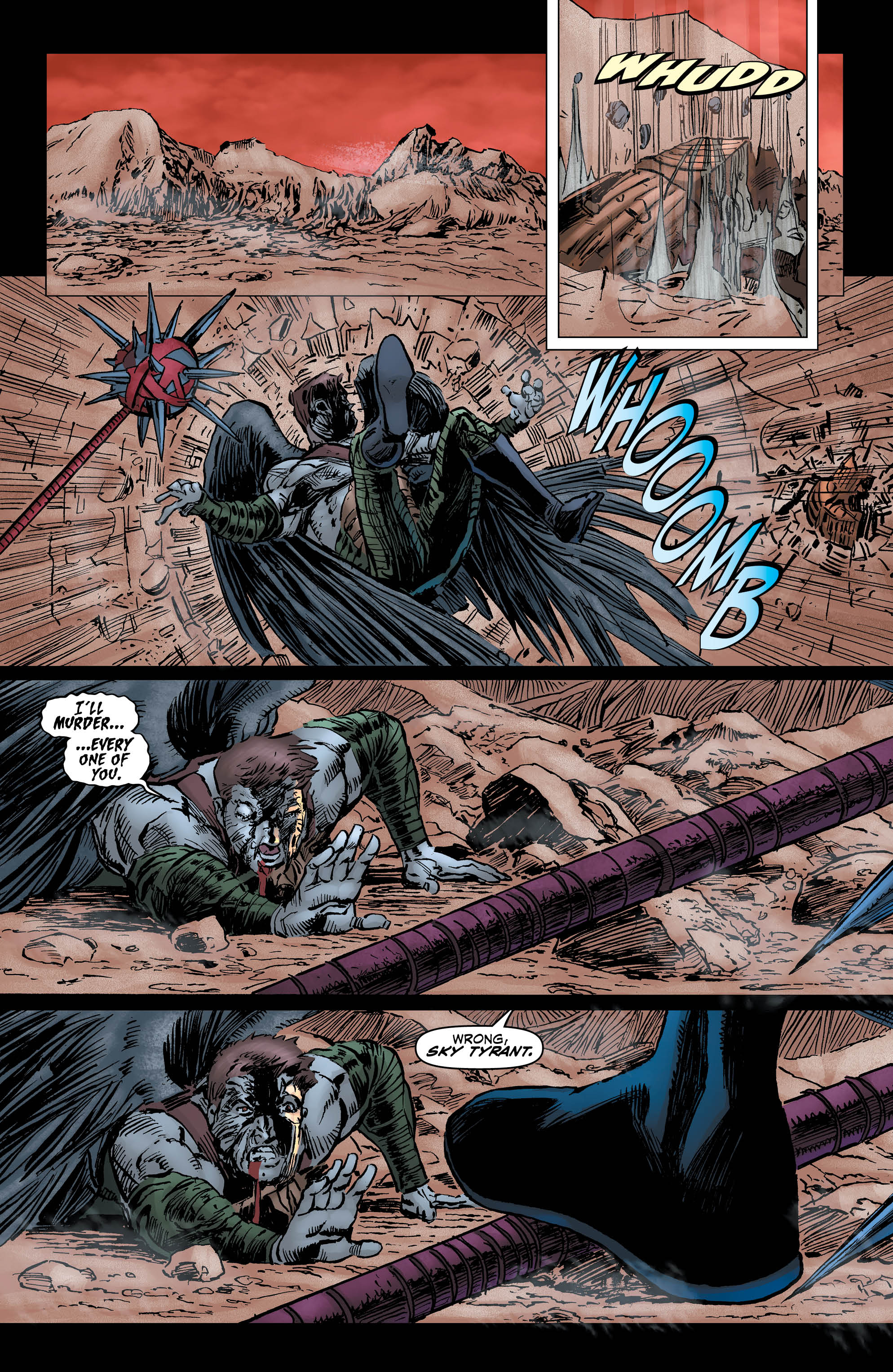 As always, Venditti introduces another new element- reincarnating in different universes.  It makes sense, but to see it play out in front of you, is to see a great writer at work.  He does it again when he makes it Earth-3, the Earth of the Crime Syndicate, the Earth where bad is good and good is bad.  This evil Hawkman, known as Sky Tyrant.  It’s another example of Venditti finding a way to up the ante, and of course, Sky Tyrant retains all of Hawman’s memories.

It would be easy to make this conflict all about a physical battle between the two, but the really intriguing aspect is the mental and emotional toll it takes on Carter.  Venditti continues to develop Carter’s character and the concept of reincarnating across time and space.   It’s nice to see the mental/emotional conflict come across as the primary challenge and not the physical. 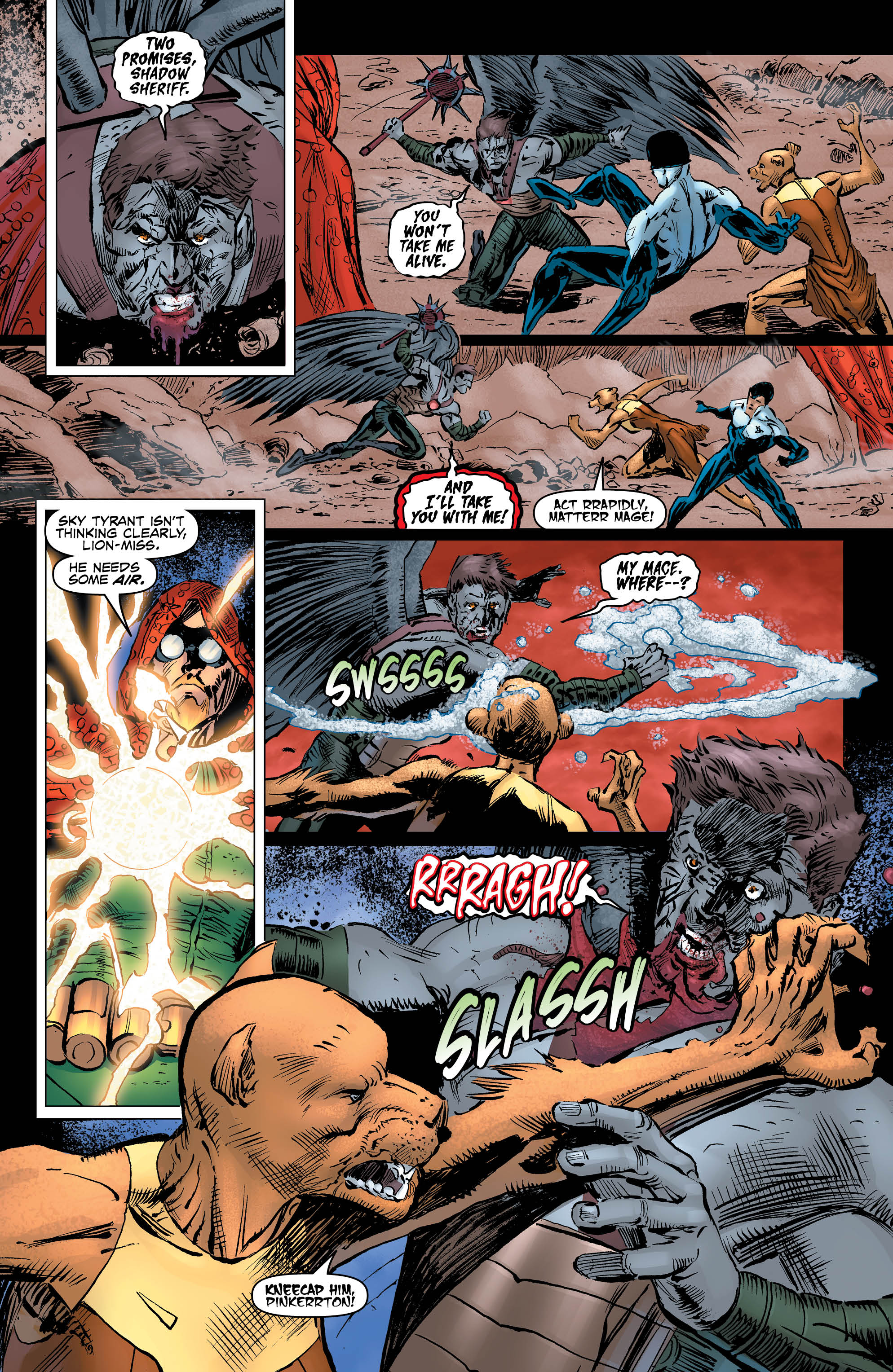 Finally, the last page provides our first look at Shiera/Shayera or whoever she really is!  She’s got a new costume and she arrives just in time to give Carter a little bit of hope.  The promise of her story of reincarnation is palpable!

Either I’m getting used to it, or Oliffe is finding his footing with this series goes along. 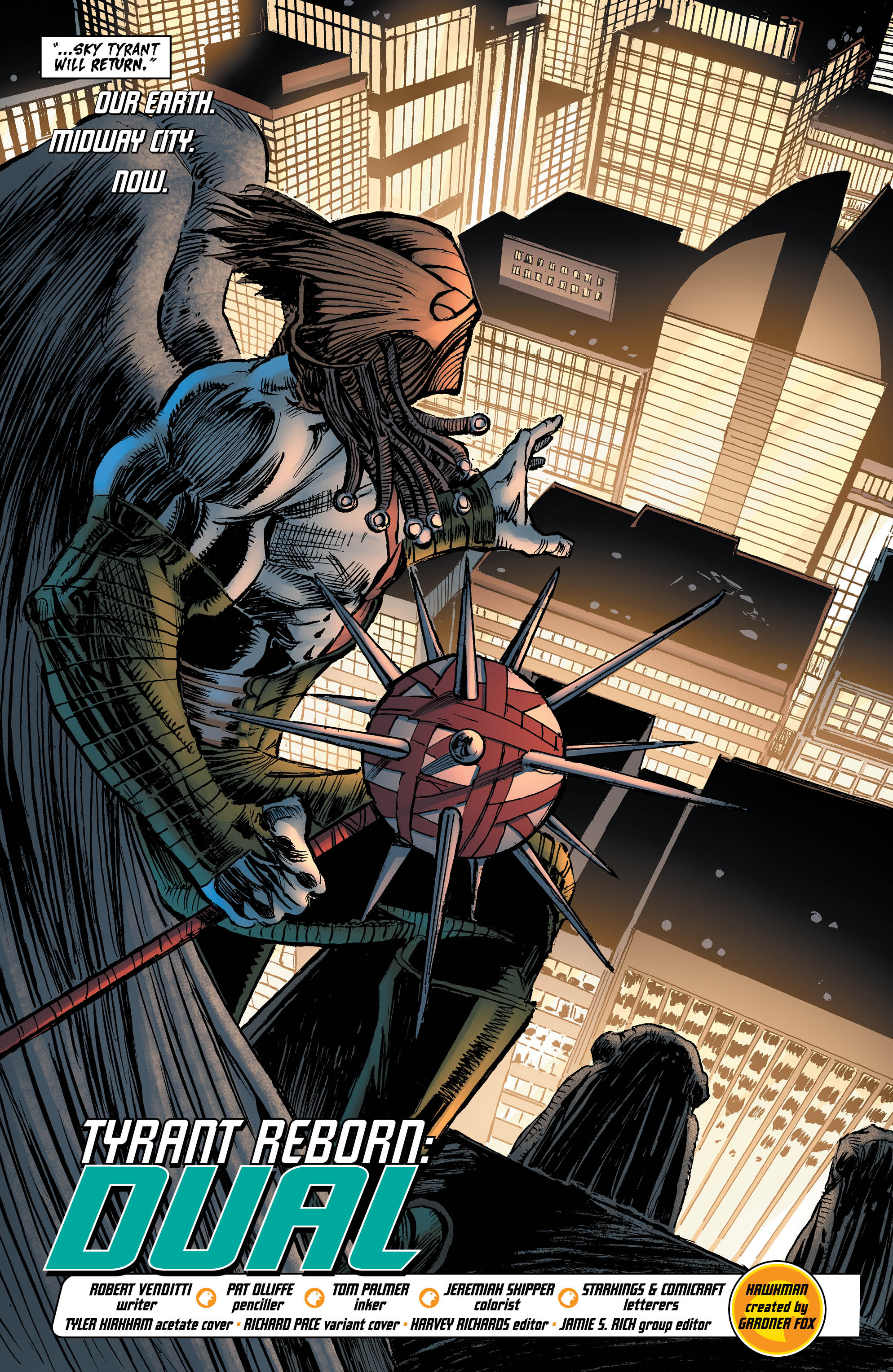 Hawkman #18 shows that this series keeps getting better!  The Shade’s appearance in the last arc was a real treat, and the appearance of Hawkwoman in this issue demonstrates that Venditti will continue to build these characters and the concept.  If you aren’t reading this comic you should be!  He’s just scratching the surface, there’s unlimited potential here to build a long lasting series.

Review: Batman And The Outsiders #7