Review: He-Man and the Masters of the Multiverse #1

Review: HE-MAN AND THE MASTERS OF THE MULTIVERSE 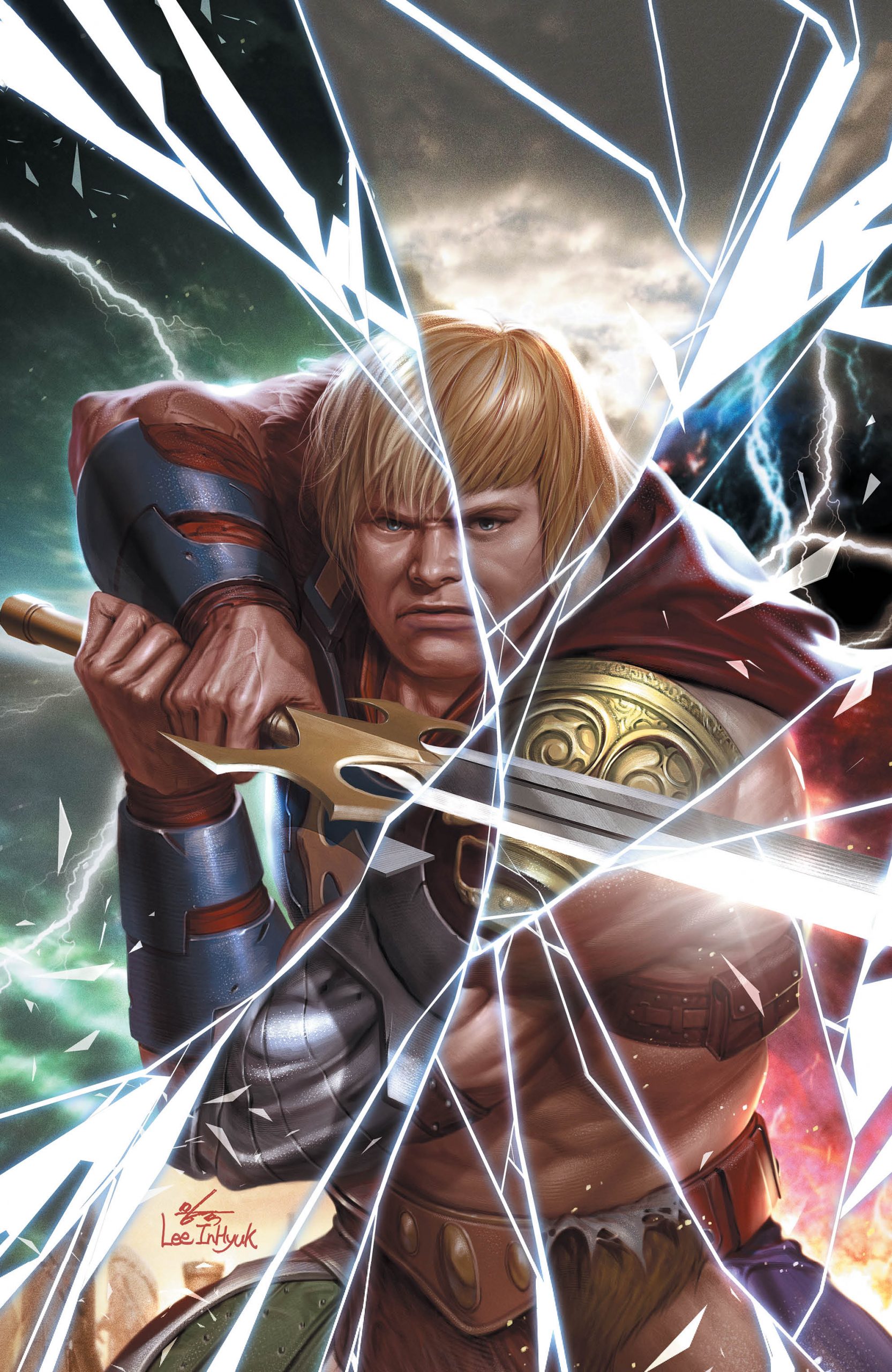 In the heart of a universe, we find Eternia where Prince Adam, AKA He-Man faces down the demon wizard Skeletor who has painted Adam into a corner where he must face a horrific choice, or you know, a Wednesday. Duped into pulling out his magic sword, Adam turns into He-Man by the Power of GraySkull only to find that he has accidentally unleashed his evil doppelganger who, by the Power of HellSkull, has killed Skeletor. Madness ensues. Welcome to He-Man and the Masters of the Multiverse.

Cut to He-Man’s uncle Keldor and his band of malcontents. They are called before King Randor because evil Teela of HellSkull has been captured. Keldor convinces Randor to show mercy on her. Wait! What? The plot thickens. 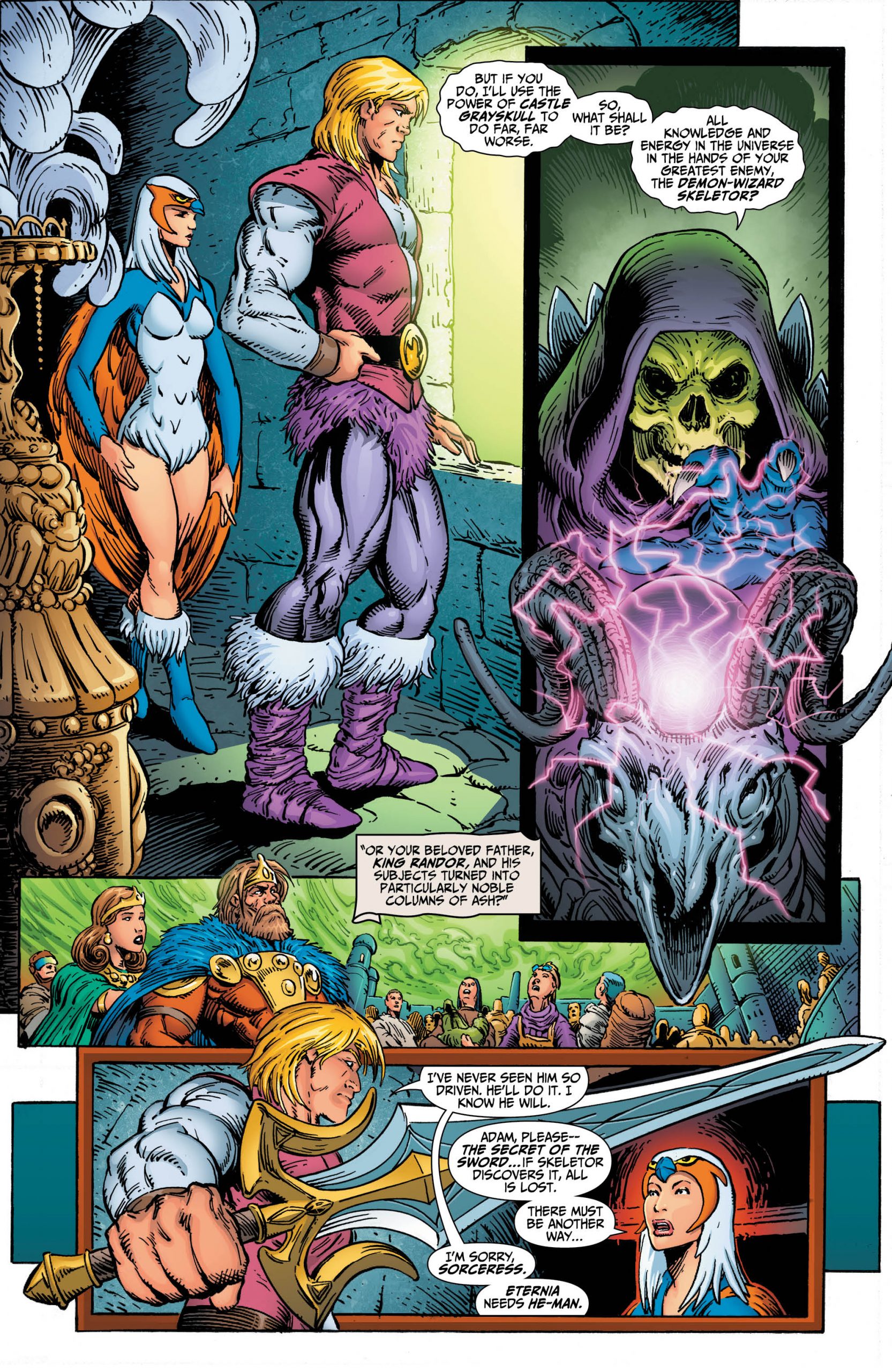 He Man and the Masters of the Multiverse has one crack artistic team in Dan Fraga and Richard Friend. Seriously, they have so much fun in this issue. It starts out as your straight up intepretation of the old timey He-Man comic. The characters are drawn with such absurd detail to being totally jacked that you might suspect a WWE match could break out at any time. Because this is the Multiverse though, they are let off their chains and they are allowed to create all kinds of new critters and, most importantly, different forms of He-man. I will not spoil those pages for you, but honestly, they are the best thing about his book.

Writer Tim Seeley has a lot of character development to do in a short book. I think our new anti-hero Keldor is really well defined in a short amount of time. Seeley does not rely totally on some flashback like exposition piece. He has some real conversation happen and he throws in a magic elf for good measure. Yes, there is a fair amount of exposition. It is the first issue, but, overall, the story comes together nicely. 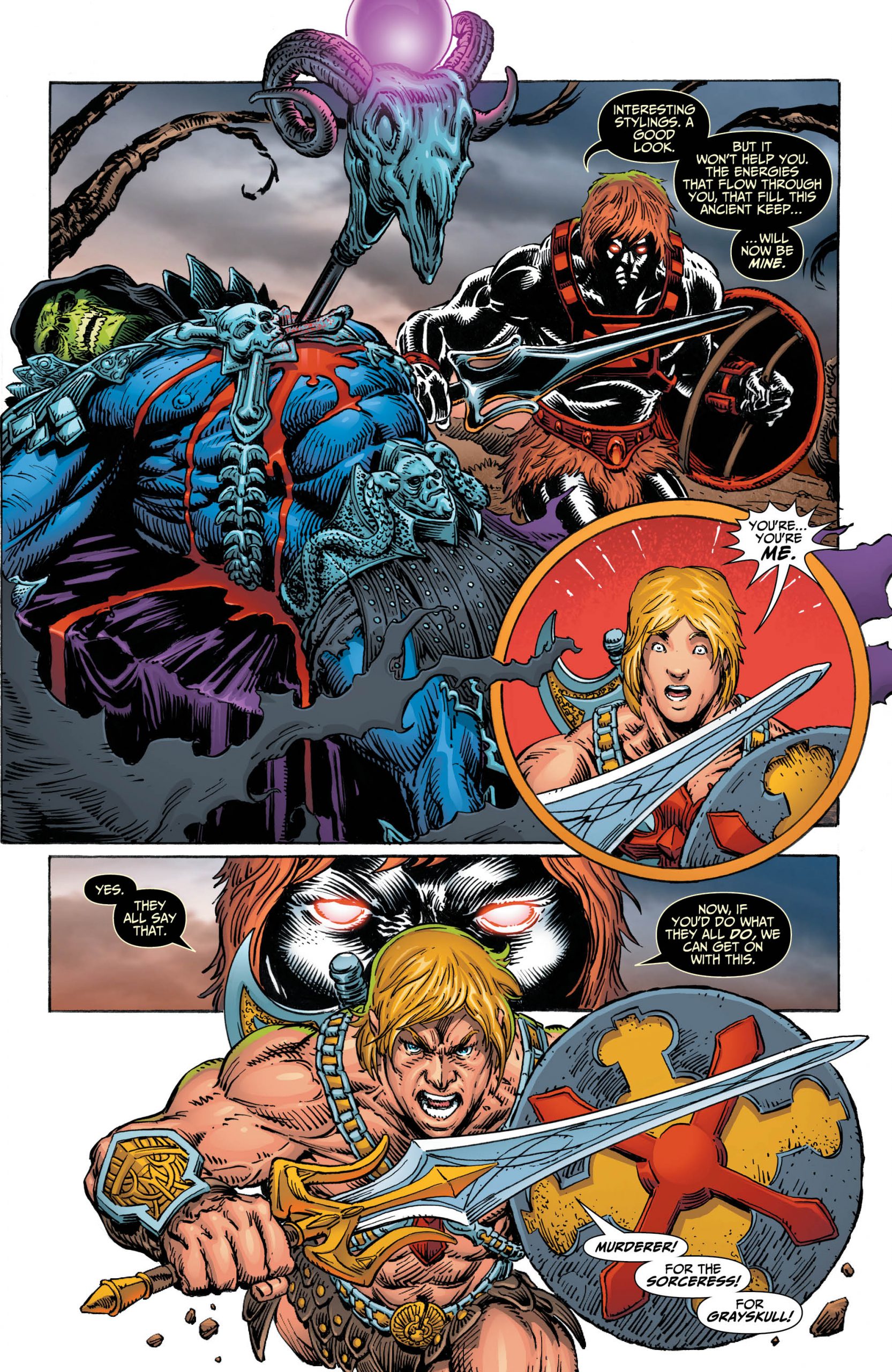 Have you ever seen Jet Li’s The One? If not, go watch it and come back. I can wait…

OK, good. Welcome back. Did you notice how the plot of this is the plot of that movie? Do you find it disconcerting? I do. I understand that the multiverse is nothing new and that lots of fiction writers have used it as a plot device. P.K. Dick used it effectively. Obviously the DC universe is full of all kinds of Multiverse shenanigans, but not all of them have the plot The One. Literally, there is Multiverse of options to use in the Multiverse.

Issue one is of He-man and the Masters of the Multiverse’s heroes are not He-man and Keldor, but Friend and Fraga. It is a strong foundation, even if it is ripped from the pages of a Jet Li script. I did really like that movie so there is hope. I would recommend giving this a chance and seeing where it goes. It could be just the reboot He-man needs.