The comic book world has been buzzing with movie release dates and movie trailers lately and DC has been at the forefront of this buzz.

With the announcement of Black Adam receiving a release date of December 22, 2021, The Flash on July 1, 2022 and the debuts of trailers for Birds of Prey and Wonder Woman 84 it has been a huge week for DC and Warner Bros but the studios wasn’t done yet.

It was announced today that Shazam! 2 will be released on April 1, 2022 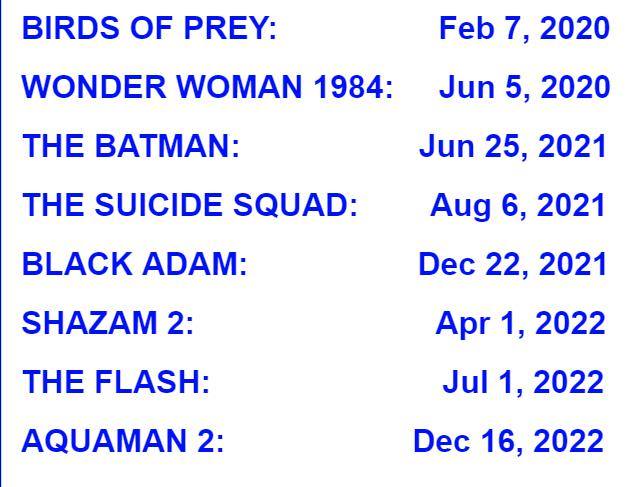 This is a more aggressive move on Warner Bros part then we’ve seen in the past, almost mirroring that of their rivals at Marvel/Disney.  DC fans have seen two movies a year before and have accepted that number as the norm, until now.  DC/Warner Bros becoming more aggressive with their movie slate can only mean that despite a poor critical start to the DCEU, Warner Bros has full confidence in the r DC properties and how they will portrayed on the movie screen.

The announcement of Shazam! 2 also fills an empty “RSVP” spot that Warner Bros had for an untitled DC film.

New Line Cinema and Safran Company will return to produce and help distribute the movie.