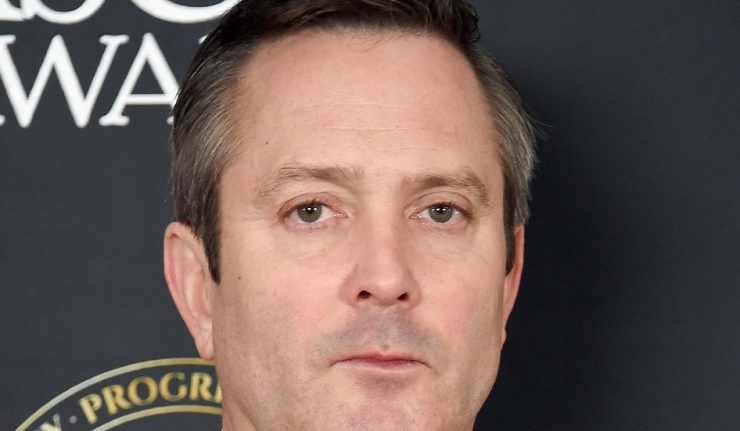 Mr. Mxyzptlk is coming back to National City on The CW’s Supergirl, and he’s sporting a brand new face- Thomas Lennon.

Lennon has been cast to portray the latest Superman-borrowed thorn in Kara Danvers’s backside on a recurring basis. The charcter first arrived in the second season to seduce Kara in a two-part adventure and was portrayed by British actor Peter Gadiot.

Introduced in 1944’s Superman #30, “Mxy’s” normal appearance is a dwarfish, bowler-wearing deity in obnoxious orange-and-purple attire. Possessed of reality-warping powers and abilities, as well as shapeshifting, Mxy has tormented Superman with his feats of random idiocy that occasionally endanger innocent people. The only way to defeat him is to convince him to say his name backwards. The act of saying “Kltpzyxm” returns him to the Fifth Dimension, unable to return for a period of 90 days. Given this temporary time out, the Man of Steel has had to grapple with this godlike pain in the neck for seventy-plus years.

Besides being a magic-based villain – a second Achilles heel for The Man of Tomorrow other than Kryptonite – Mxy’s omnipotence has enabled him the knowledge of Superman’s secret identity of Clark Kent, But, he has never revealed it because it would take the fun out of his favorite playmate. He has since gone on to cause chaos across the DC Universe, even crossing the paths of The Justice League.

Lennon is the fourth actor to portray the villain on live-action television. The late Michael J. Pollard first portrayed the character in the 1988 series The Adventures of Superboy. He was followed by Howie Mandel in 1993’s Lois and Clark: The New Adventures of Superman on ABC. And finally, Smallville saw the character reimagined as a bookie with the ability to manipulate causality played by Trent Ford. It was also the first time the character had a first name, Mikhail. However, prior to all three, the mischievous elf had made his presence known frequently on the ABC animated cartoon Super Friends. He was later voiced by comedian Gilbert Gottfried on 1996’s Superman: The Animated Series.

Catch DC’s magical pain in the neck make his return this season to Supergirl on Sunday nights on the CW.