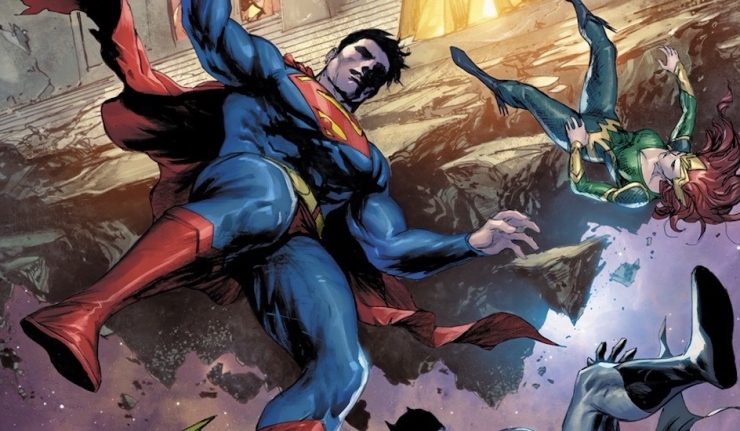 All good things must come to an end! Scott Snyder will be concluding his landmark run on the World’s Greatest Super Heroes gathered with Justice League #39 and he’s left our heroes without a lifeline!

It’s been a huge undertaking for Scott Snyder having assumed the mantle of continuing the adventures of DC’s Greatest Heroes, but soon his recent arc which pit the league in a face-to-face all-out war with the Legion of Doom, will be ending and in Snyder’s final issue Justice League #39 the consequences of the “Justice/Doom War” will be revealed. After challenging the very end of the universe and taking on Luthor and Perpetua, the League has found themselves listless and lost in space!

Even as the Justice League lick their wounds and regain their senses, they will find themselves stranded and alone at the far edges of the universe — about to come to blows with a new set of challenges and dangers they’ve never faced before! With art by Jorge Jiménez and Alejandro Sánchez this may be the league’s darkest hour yet!

Here’s a “First Look” at one of the upcoming new issue of Justice League #39:

Justice League #39 is written by Scott Snyder with art by Jorge Jiménez and colors by Alejandro Sánchez. The issue hits newsstands on January 29.