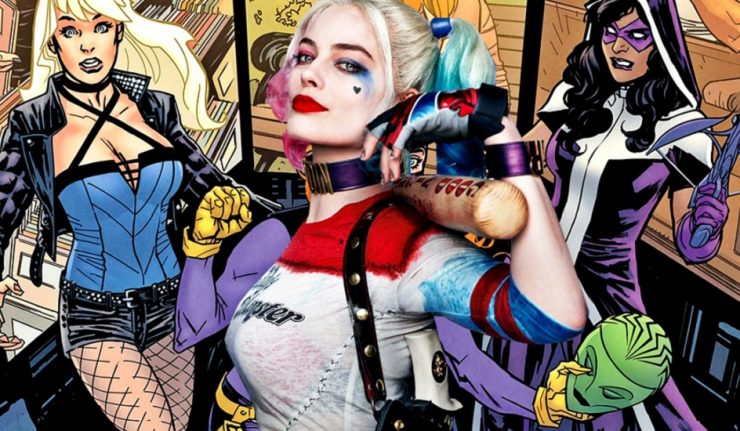 There’s no question Harley Quinn is one of DC Comics’ most popular characters. It’s quite a feat considering that she was created by Paul Dini and Bruce Timm for the Batman: The Animated Series in 1992. It’s not easy for new characters, especially those not created for the comics to break into that upper echelon of characters. She’s wedged herself in there somewhere between Batman, Superman and Wonder Woman.

What is her appeal? Certainly, in her original animated appearances she was a comic foil and sidearm to the Joker and his violent brand of humor. If she wasn’t outright lovable, at least she made the viewer laugh. In her absurdity, she would provide something unexpected- imagine, walking hyenas on leashes down the streets of Gotham City.

Her appearances in comics have taken this same absurdity and married it with the Joker’s penchant for unbridled mayhem. While originally the Joker’s “girlfriend,” and aid-de-camp, Harley eventually rejected the Clown Prince of Crime (after abusive behavior- no one could’ve seen that coming!) and has struck out on her own as less villain more anti-hero. It’s easier to feature her and build on her popularity casting her as something other than an outright villain.

But, as Robert Venditti had Harley tell her former college classmate Dolores in the recent Birds of Prey 100-Page Giant, “I’m not right for most everyone.”

How Did Harleen Get This Way?

Every character has an origin and Harley is no exception. When we first meet her, she is psychiatrist Dr. Harleen Quinzel, and her patient is her future paramour, the Joker. Quinzel falls in love with the knave and he takes advantage of her. He not only uses her as a means of escape, but he’s able to twist the doctor into a female version of himself. He even went so far as to repeat the skin bleaching process on her with a dip in the same acid that was part of his turn to insanity.

Perhaps, the biggest downfall in the presentation of Harely Quinn as a character is that she’s always played for laughs. While there have been attempts to show why Harleen entered the field of psychology, when it comes to Harley Quinn ’s present, she just ends up being a celebration of one of the Joker’s heinous crimes-  his victim.

Comic book writer, Gail Simone, developed the idea of “women in refrigerators” when examining how certain female characters have been treated over the years. The idea is taken from the murder of Green Lantern Kyle Rayner’s girlfriend, Alex at the hands of Major Force and unceremoniously stuffed in a refrigerator. Certainly, it’s neither the first example, nor the last example of the trope. This is when a female character is killed, raped, assaulted or depowered solely for the purpose of moving a male character’s story arc forward.

Now what does this have to do with Harley Quinn?

In Harley’s depiction over the years since her first appearance, there has been very little exploration of Harley other than an agent of chaos that plays for laughs. She’s like a Joker that is actually funny. As pointed out above, the humor comes from her absurdity. So, why is this character funny? Does it really make sense for one of the Joke’s crimes to be celebrated? Harley’s origin is a series of assaults, mental and physical, perpetrated on her by the Joker. Why is this funny? Why is the traumatized victim of one of DC Comics worst and psychopathic seen as humorous?

Now I know what you’re going to say- “But, she rejected the Joker, she’s trying to do good things, she’s not a villain anymore.” Does this change the fact that she’s the Joker’s victim? She’s still crazy, and she still has the same modus operandi- mayhem! She may have rejected the Joker as a “lover,” and his criminal ways, but she’s still a damaged individual. She’s still suffering from the Joker’s physical and mental make over. Why should this be celebrated?

Perhaps, it would be helpful to look at two characters that are similar in their role as victims. Let’s look at Barbara Gordon, first. In The Killing Joke, Barbara Gordon was paralyzed by gunshot wounds from the Joker. Though she’s “recovered” in current continuity, for many years she operated as Oracle.

Barbara overcame her mental and physical trauma to become an effective crimefighter utilizing the internet and a team of operatives- the Birds of Prey (yes, THAT Birds of Prey)- reinventing herself in the process. If the attack perpetrated on Barbara is seen as a crime and worthy of being included in the “Women in Refrigerators” trope, why isn’t Harley seen the same way? Why is the Joker’s victimization of Harley celebrated? Why isn’t there someone there trying to help Harley through her trauma, especially since she’s supposedly given up her criminal ways?

Two Face, also known as Harvey Dent, was Gotham’s District Attorney and in the middle of a trial was scarred with acid by gangster, Boss Moroni. Like Harley Quinn, he is a victim, though not one of the Joker ‘s. He’s physically scarred and due to the nature of the scarring becomes mentally scarred and embarks on a career as Two Face. Harley is scarred from her acid bath, yet receives none of the sympathetic treatment that Harvey does. Harvey ends up being depicted as a sympathetic character that is in need of physical and emotional/mental healing. Why not Harley? Why is it OK for Harley to be satisfied with her disfiguring and mental trauma? Why doesn’t Batman see Harley in the same way? Why isn’t there a continuous theme of “helping Harley?” Why does her portrayal depict her as content in her victimization and disfigurement?

Despite its overall failure to deliver on the idea of super-heroes in need of emotional counseling, Harley Quinn seemed to get a bit of attention finally being acknowledged as a victim of the Joker and needs help. There’s a scene with Batgirl that appeared to finally address the issues with Harley’s character. If I cared more about her character, I would’ve really been moved, as it is, it just pointed out the deficiency in her broader depiction.

This is definitely the direction that Harley’s character needs if we are to believe she is a victim of the Joker. As it is, Harley is no more than a woman living in a refrigerator. Sure, the Joker doesn’t benefit from her portrayal, but neither does Harley. The results of her victimization at the Joker’s hands are celebrated. His atrocities produce Harley Quinn. Why is this Ok? Why don’t readers have any empathy for Harleen Quinzel?  Why don’t writers realize that Harley is not an object of humor and ridicule?  Why don’t writers realize Harley is a victim in need of help to move beyond what the Joker has done to her? 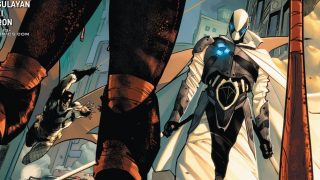