Shazam 2 to Begin Filming in July

We’ve known that Black Adam and Shazam 2 were going to come out four months apart at the box office, but it looks as though they will be a bit closer together when it comes to filming. 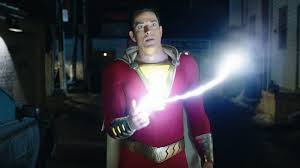 Shazam! 2 has been up against a bit of time pressure thanks to so many children being involved in the production. Asher Angel recently said the film would begin production “soon,” but it looks as though its five months out.

According to Geeks WorldWide, Shazam! 2 will begin production in July. This is intriguing as it lines up with the production of Black Adam. By no means are we suggesting that there is a massive crossover happening, but we imagine there may be a sharing of resources. If they are filming in similar locations the films could feasibly share anything from props to crew personnel.

We have no confirmation of this, but it’s not unheard of. Simply look into the early years of the Disney Star Wars films when multiple films were in production and they would share departments.

While Shazam! was profitable, it was a still a relatively low total globally of $363.66 million. Shaving a million or two off of the budget here or there would add up quickly for both films.