Coming right on the heels of Aquaman Giant #2, DC has unveiled the contents of March’s #3. 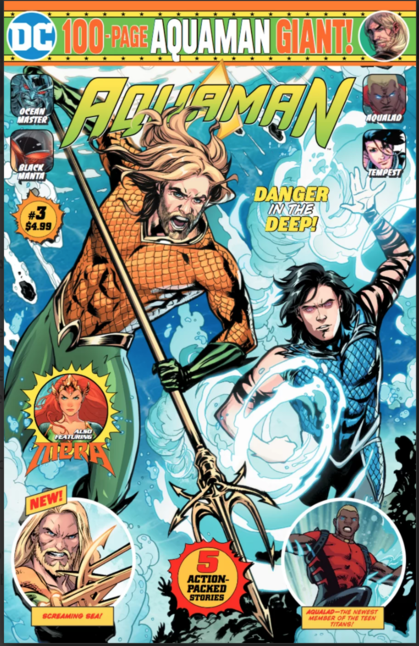 “Aquaman and Tempest race to stop an enraged monster that has escaped its magical tomb under the city of New York.”

Following that will be a new a 8-page story from writer Tom Taylor and artist Pop Mhan, where Aquaman and Mera team up to foil Lex Luthor’s plan of drilling into the ocean floor.