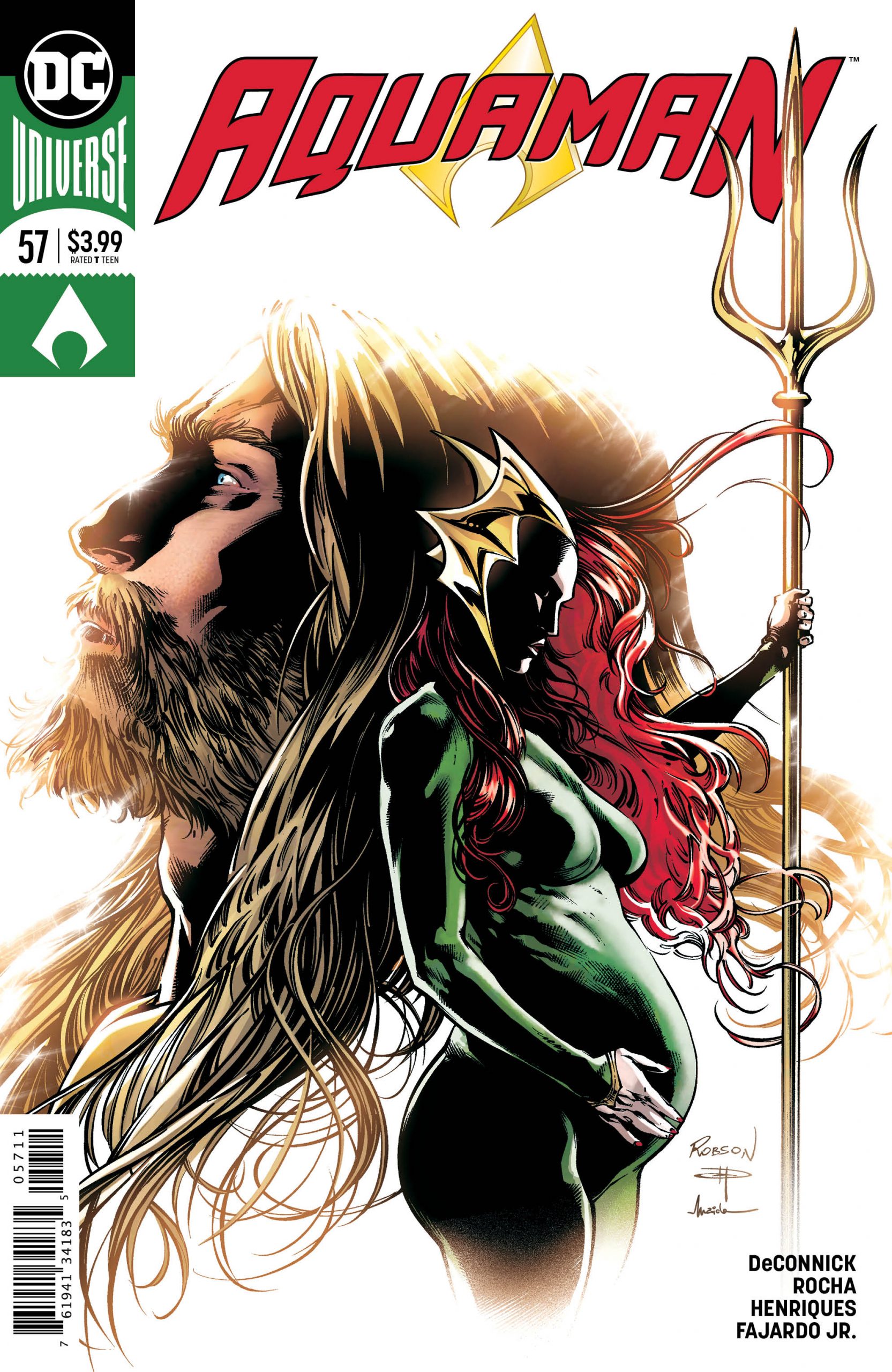 Mera’s in bad shape after the battle at Amnesty Bay.  Arthur and Vulko take her to Atlantis where she falls into a coma and her baby is born.

The art remains solid in Aquaman #57.  Rocha and Henriques continue to make this book look good.  DeConnick’s story goes through a number of cliched moments once Mera arrives at the Atlantean hospital.  Of course it’s crowded and in the midst of an epidemic.  And of course, Mera gets preferential treatment as the Queen.  Obviously, there are some common folk at the hospital that get pushed aside.  There’s a slight bit of backlash shown subtly, but it is not overdone.  All this goes to produce the desired effect, and these elements work well even if you known you’ve seen it before.  Most likely, it has more to do with it being the nature of hospitals, Atlantean or human! 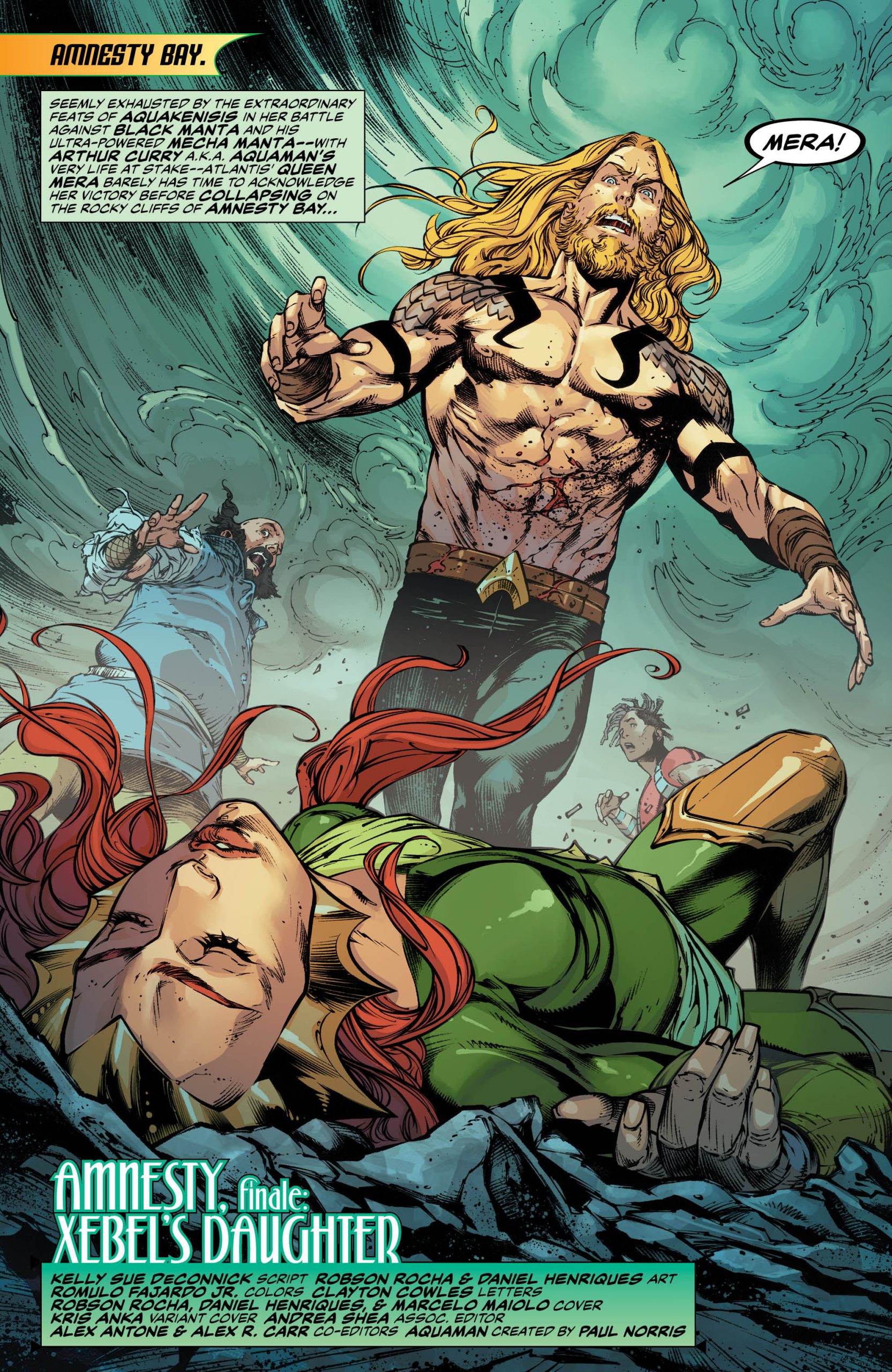 This is a long way of saying that these elements make the reader feel the uncertainty of Mera’s prognosis and the difficulty she faces.  The reader clearly wants Mera to survive, and it’s not a foregone conclusion that she will definitely pull through.  There is a reasonable doubt here, and it is conveyed effectively.

Aquaman himself continues to be the biggest negative in the title.  While he’s a bit more likable here, he’s still suffering from the makeover.  And, it’s not doing him any favors in terms of his acceptance with Atlantis.  The biggest problem that will eventually have to be addressed is Mera’s reaction to this “new” Arthur.  She hasn’t really had a chance to be around him since he’s returned. 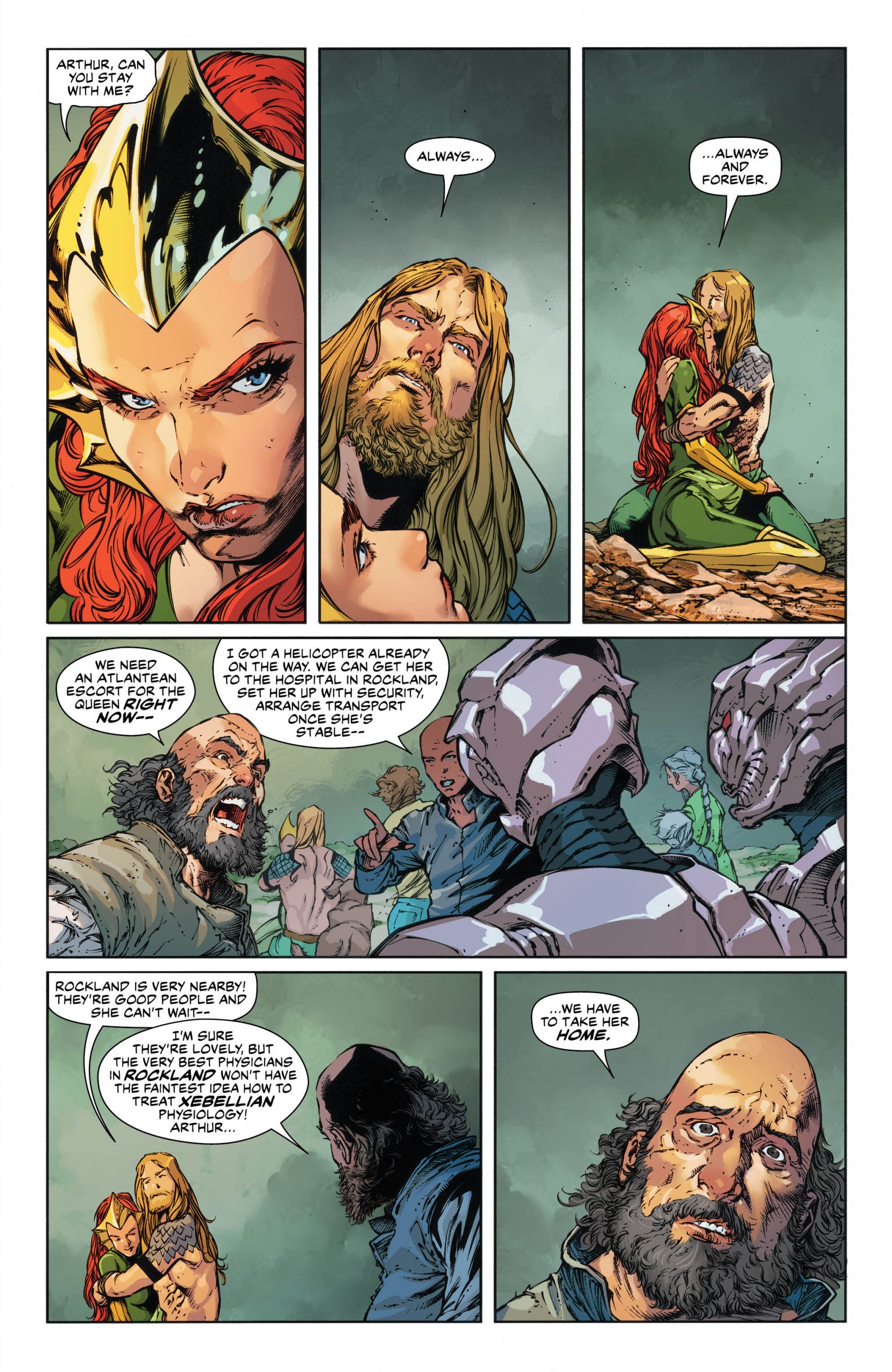 The conflicts depicted between Arthur and the Widowhood, Arthur and Murk and Arthur and Orm just seem tedious.  This direction for Arthur’s personality is questionable at best and from the beginning it’s felt contrived.  Consequently, it impacts the other dramatic conflict negatively.  I mean, Arthur is being a jerk, the reader is not on his side.  There’s no righteous indignation in his position.  You just kind of want to get through it and hope he comes to his senses.  And, visits a barber- I can throw in the two bits for the shave and haircut. 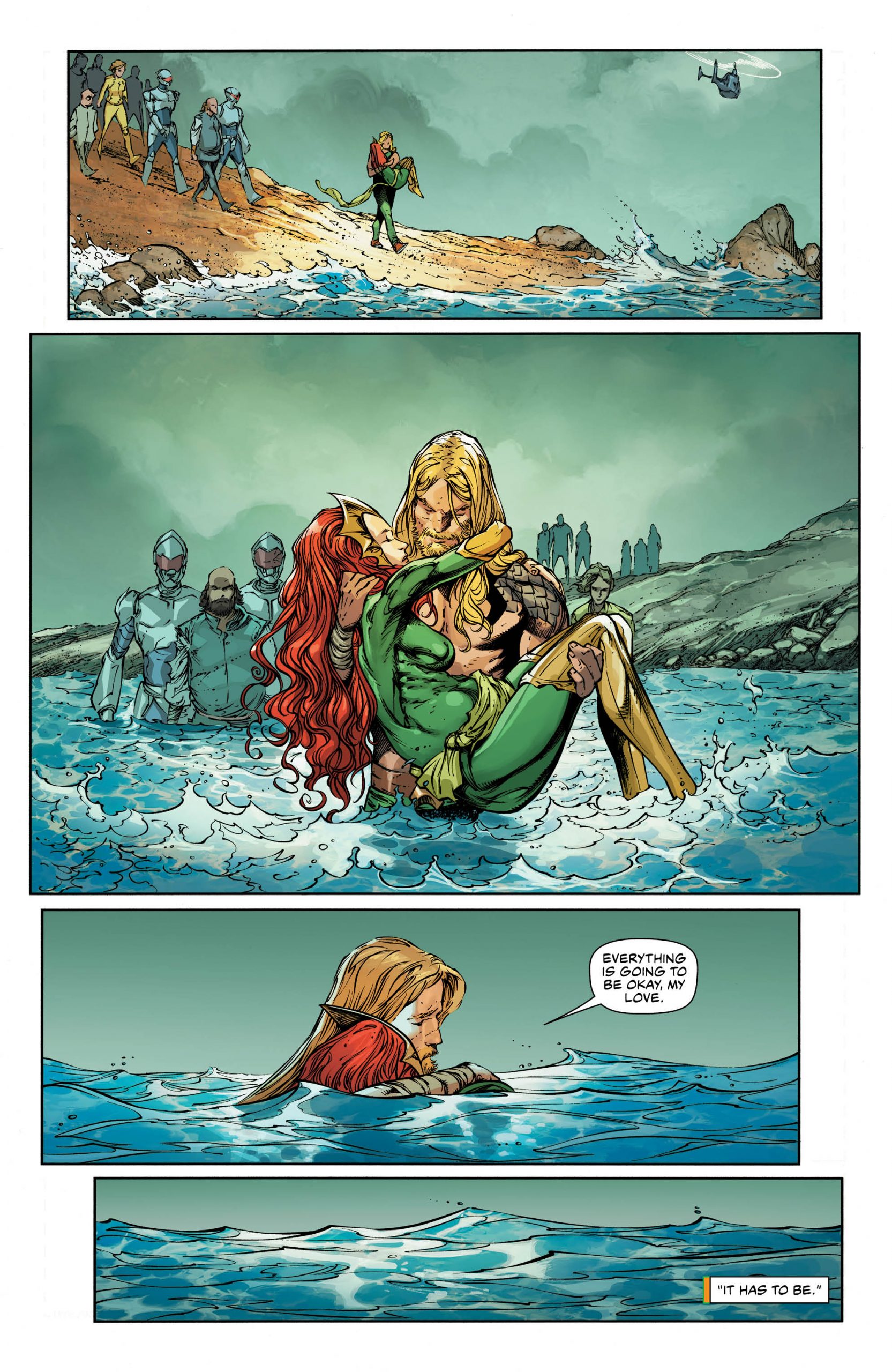 As long as Aquaman is “not himself,” this title will struggle.  While Mera carries this title, it may not be enough.  When Mera is front and center, Aquaman is a better comic.  As long as Arthur is portrayed as unlikable, he will be a distraction from the good things in the book.  It’s well past the time to get things back on track.