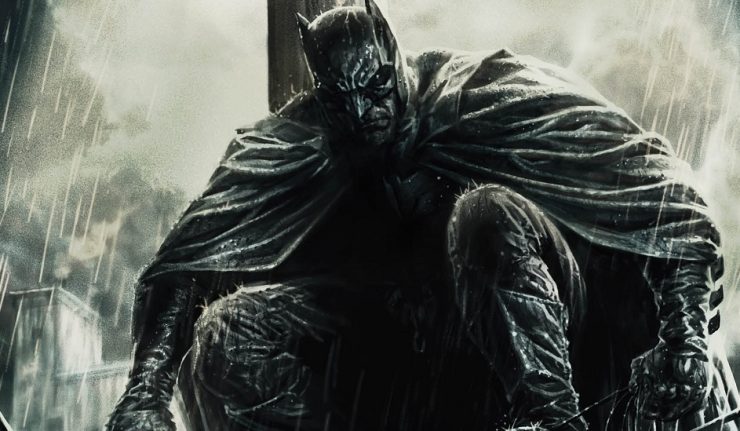 Batman uncovers a double murder that leads him to Harvey Dent’s newest pathological enterprise, “The Church of the Two.”  And, Two-Face may never be the same.

Perhaps, the most intriguing aspect of Harvey Dent is that there is always an element of salvation for the character in his best stories.  While at first depicted as a straight villain, over the years Harvey has been shown to be struggling with his dark side.  With Detective Comics #1020, Peter J. Tomasi finds a new wrinkle in the psychological dichotomy of Harvey Dent.

This time, Harvey’s personalities are not only at war, but they don’t appear to really be aware of what the other is doing.  This is to say, whereas in the past Harvey would knowingly flip a coin for the outcome, this time around, he seems genuinely shocked to see what the scarred side has done.  It’s a little bit of a departure form traditional depiction, but it gets a bit deeper.  It suggests that there is more of a dual personality instead of someone with two aspects to his personality.  It may seem I’m “splitting hairs” (haha), but there is a more sinister aspect to this depiction.

Tomasi also utilizes classic elements of Batman to emphasize a timeless quality for the Dark Knight Detective that has characterized his run on Detective Comics.  We get a bit of classic detective work as Batman smells the cordite in the room and some great analysis as he is able to put the pieces of the puzzle together to come up with Harvey Dent.  His reaction is what one would expect, Harvey was a friend at one point, and Two-Face’s crimes always seem to hit Batman a little harder.  Detective Comics #1020 subtly communicates this as Batman realizes he has to once again face off against Harvey Dent’s criminal personality, Two-Face.

There’s not a lot of room for negatives here as Tomasi leans into the elements of the characters that make them recognizable and likable.  Walker creates lots of atmosphere even if there are moments of anatomical awkwardness.  Overall, it doesn’t create a huge distraction, though.

It should be no surprise that Tomasi continues on a wonderful run in Detective Comics with issue #1020.  This newest twist in the complexity of Two-Face seems poised to present Batman with a greater challenge than normal.  There’s a psychological undertone that pushes the story in a darker direction.  It may finally drive home the point that Harvey really is beyond help, as the aspects of his personality seem more disconnected than ever before.