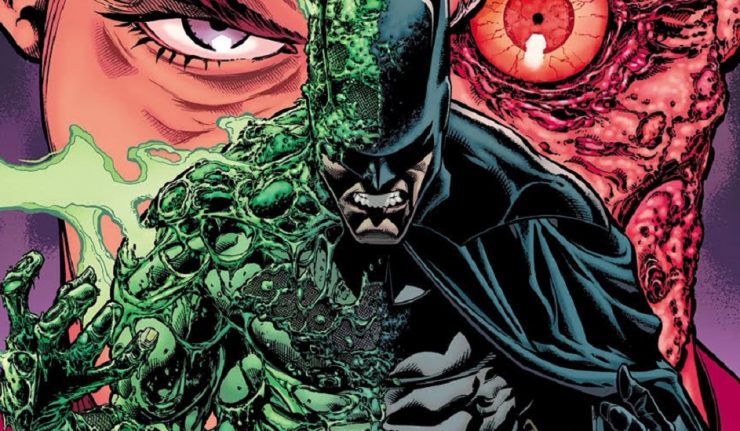 DC Comics has blessed us with the first look at Detective Comics #1020 !

Two-Face is back! And so is…Harvey Dent?!

As Gotham City continues its rise from the ashes of “City of Bane,” some familiar faces have returned to keep Gotham City exactly where they want it: Two-Face is back! But this time, he’s recruited some like-minded individuals to help him in his cause!

With an elite team of split-personality special forces at his side, Two-Face and Batman square off in what could be their final battle, as a new ally arrives to help the Dark Knight…Harvey Dent?!

Two-Face will be popping back up in Detective Comics next month. Under the pen of Peter Tomasi, Harvey no doubt has some duplicitous plans to foil the Dark Knight, and Brad Walker, Andrew Hennessy, Nathan Fairbairn, and Brad Anderson are going to be illustrating the story? Well sign us up already!

Here is a man who was friends with both Batman and Bruce Wayne, yet neither aspect of Bruce’s identity was able to save Harvey. If Batman is first and foremost about rehabilitation for his enemies, then with Harvey he has a more personal goal: redemption.

The Dark Knight is on the trail of the figure behind a series of brutal murders happening in Gotham, when he discovers a Norse cult being manipulated by an otherworldly creature!