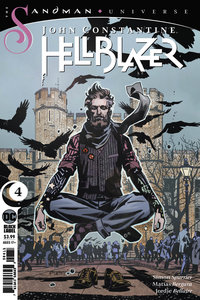 John Constantine: Hellblazer #4: John Constantine was missing for years-and in that time, England needed a mystical protector, a guardian at the gates. Heroically, the young man known as Tommy Willowtree stepped into the breach! This cosmically attuned mage has held evil at bay with the force of his positive white magic, unlocking a new era of peace for the citizens of London. He is a gentleman, a scholar, a clean-living, vegan acolyte of love. So naturally, John Constantine hates his effing guts. And now they have to team up. Great.

Simon Spurrier has made Constantine cool again. Now he’s still detestable and morally objectionable but Spurrier has weaved his magic into making this a book highly worth reading. It captures everything that made Hellblazer such a staple in the late 80s and 90s.

Constantine is a vehicle for Simon Spurrier to say everything he can about modern British life. The one thing that jumps off the page is how British the book feels. In recent years Constantine, both as a book and character, has lost his Britishness. Before verging into scary nationalism territories, Constantine’s Britishness is the cynical, tongue in cheek attitude that the British Invasion writers of the 80s and 90s emphasised. 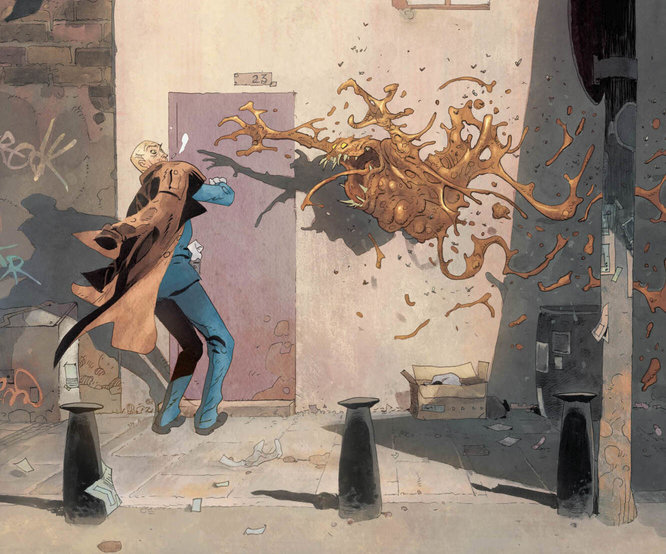 Mainstream American comics have so many characters, it’s nice for those living in Britain to have a character again that can speak to them.

The ‘Britishness’ made the original series synonymous with political and social commentary. This issue particularly features particularly poignant satire about British gentrification. Just about any town or city will be able to recognise what Spurrier is saying. Add to that, the character of Tommy Willowtree is just fantastic. Everyone’s personal issues with ‘hipsters’ all rolled into one big personification.

The artwork from Matías Bergara is terrific and works well with Spurrier’s script and Bellaire’s colours. Especially in a scene towards the end, Bergara’s style really emphasises the over the top nature of the character. 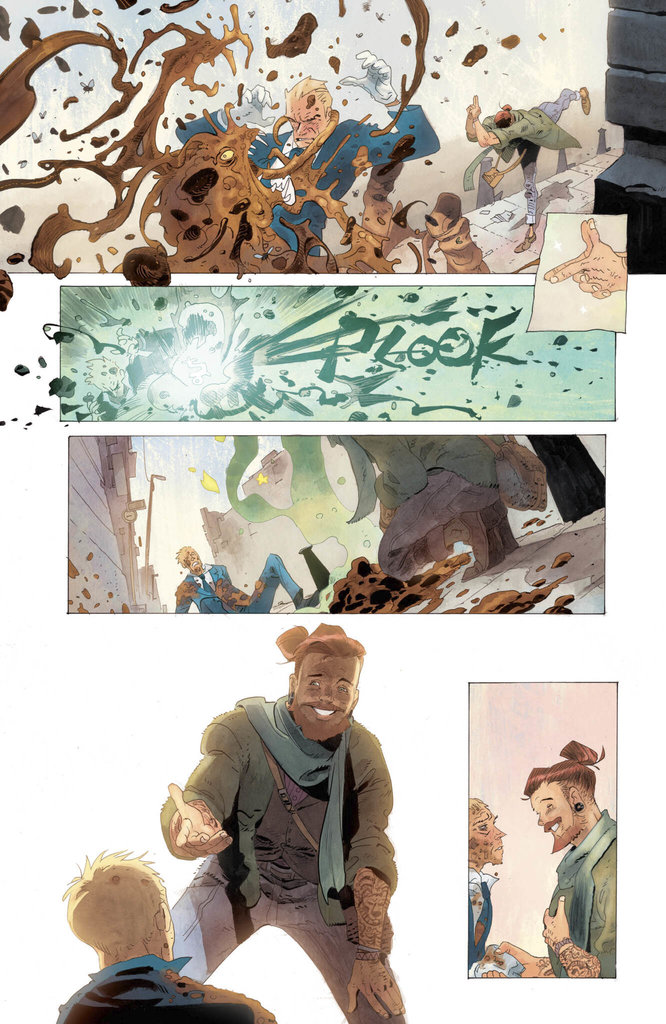 There’s not much to dislike here. One could argue that this issue, like the ones that preceded it, are so rooted in British social commentary that those across the pond may struggle to connect with the conflicts. This review would argue against this.

This issue deals with hipsters and to an extent gentrification. Constantine is directly confronted by his trendy newer model and readers everywhere can identify with this. It might be a cop out to sneak another positive into the negatives but what you gonna do?

This is a near perfect issue. Readers of the original Hellblazer are sure to get a kick out of this. Beyond that, any comics reader in Britain (of a certain age because it is a Black Label book) really need to be reading this. Spurrier is crating masterful work here. Well worth the read.