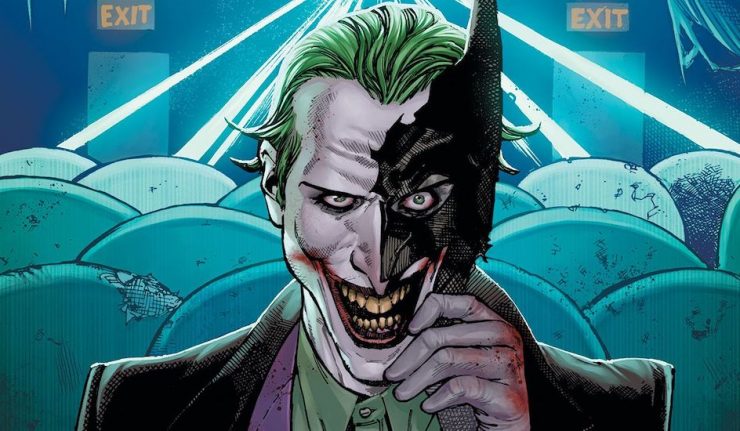 Those who have been enjoying the currently unfolding “Their Dark Designs” story arc in the pages of Batman should be interested in the news we’re reporting today. As it turns out, this issue will ship with more than one variant cover, so start paying attention if this entices you.

According to Newsarama, a 1:25 cardstock variant spotlighting artist Jorge Jimenez’s character designs of, well, the Designer is on DC’s agenda. Whether this goes as hot as anything involving Punchline remains to be seen, but it’s quite handsome nonetheless. You can get your first look at it at the bottom of this article.

Originally scheduled for an April 15th release, Batman #93 probably won’t hit shelves until late April or early May at the earliest because of Diamond shutting down all distribution until further notice. That decision will deal a significant financial blow to the comic book industry as a whole, sure, but I understand their reason for doing so when all nonessential business has been shut down in several states due to the COVID-19 pandemic.

In the meantime, here’s the full solicit for Batman #93:

Batman faces off with the Designer as “Their Dark Designs” reaches its epic climax! In the last year, Batman has lost more than he could have imagined, and now he faces a cost so dear it will change the course of his life. And there is worse on the horizon. In the midst of all the horror, he can feel the drumbeat of battle. “Joker War” is coming, and Gotham City will never be the same.

Tags:Batman
Source:Newsarama
share on: FacebookTwitter Tumblr
previous article
Here’s When New Episodes Of The Flash And Legends Of Tomorrow Return
next article
Review: The Flash #752