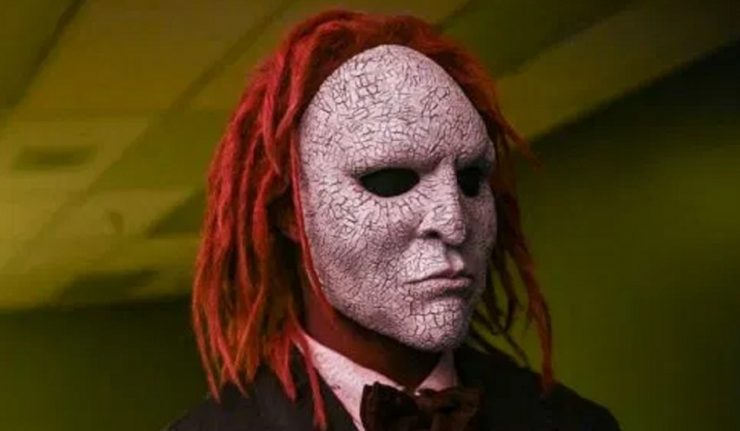 What started as a secondary villain has really blossomed this week with how far both Carver and Eva are willing to go. Further, their efforts are continuing to mess with the West-Allen household beyond Barry and Iris.

The Flash 6×16 feels like a Joe-centric episode as he is now Black Hole’s target. Jesse has some great scenes with Grant, Patrick, and Danielle as his character slowly erodes from self-assured to doubtful of his own ability to protect himself and his family. For once he is being advised by Barry as opposed to the reverse. From confronting Carver outgunned in tech, squaring off against Rag Doll, to taking his wife’s place in the bomb-rigged chair, Captain West was an action star! With Barry’s speed nearly gone, The Flash could do very little and it allowed for Joe to shine. Sadly, it was a moment in the sun before going into witness protection, albeit tainted by Mirror-Singh. Big shocker there, by the way.

The reimagined coupling of Ralph Dibny and Sue Dearbon continues to evolve and expand. The inclusion of Cisco in the brunch stakeout brought some much-needed laughs. Natalie and Hartley have amazing on-screen chemistry whether doing a verbal dance or leveling with each other. The cause of Dearbon’s thievery gives her a solid chance at redemption. She’s not entirely squeaky clean, mind you, but this gives her that window of atonement. There is a solid attraction between them, as evident at how open Ralph is about his past. Her contribution to the Black Hole investigation shows that level of trust in return.

Black Hole’s meddling in Barry’s relationship with Iris ramps up this episode. We’ve seen Grant and Candice’s characters clash on issues, but never like this. Mirror-Iris, determined to make Barry use up his speed so he’s out of Eva’s way, is very crafty. Using the facade of a concerned daughter for Joe’s welfare is brilliant and never examined. She knows Barry’s emotions are tied in to his speed as well, as evident on that “mood watch” Cisco and Caitlin fit him with. She then compounds this with outrage at not knowing where her father is, and then throwing Barry out of the house for again not including her in a very important decision. The final argument doesn’t feel forced, as Grant’s character conveys how physically taxed he is and how it’s not just about running fast. The writers allow the viewer insight into the damage Barry is feeling without full access to the now-dead Speed Force. On Candice’s side, peppering her argument with Barry’s mistakes adds justification for her being fed up and reminds viewers of those errors in judgment as well. By removing his emotional center, his lightning rod, Mirror-Iris has ensured The Flash stays conflicted and using up his speed by not even taking a step. It’s genius on the writers’ part to show the lengths Mirror-Iris will go. The slow camera as Barry walks away, and the morose music speeding up is perfectly timed to seeing his watch glow red.

The subplot between Carver and Eve finally culminated in the first on-screen face-to-face between them. Both antagonists’ worst traits bubble to the surface. For weeks we’ve seen Eve care nothing for who she hurts or manipulates, and the same of Carver. But it makes Carver all the more villainous this week – besides the hit on Joe – to show him not only aware of Eve’s predicament, but how callous he truly is. Still, whatever empathy viewers may have for Eve is buried by her ruthless actions that have endangered Barry and Iris’s marriage and The Flash’s future. Nothing matters to her but her vendetta, and that commitment is mirrored – no pun intended – by Carver’s criminal endeavors. There is almost an espionage aspect to both players’ methods that are compelling to watch.

The only flaw in The Flash 6×16 is the real Iris’s gullibility. Is it really necessary for everyone to know that Barry Allen is The Flash? She’s a reporter and very protective of her husband, even if that comes at the cost of her life. She could have told Eva that she works with The Flash, but it seems like her husband’s naivete has rubbed off on her. There’s no reason for her to trust Eva with that secret. Not every metahuman is a potential Team Flash member, and Eva certainly isn’t. However, the official synopsis is also misleading. It indicates that Iris is becoming distrustful of Eva. There are no scenes with the real Iris that indicate that. It’s very misleading. Also, there’s a hole in the plot; Rag Doll was apprehended as opposed to what was mentioned about his status this week. Another Crisis change? If so it should’ve been pointed out.

I give The Flash 6×16 4 out of 5. Great Joe-centered episode. It showed Captain West’s strengths and where Barry and Iris get it from. A devoted husband and father, and a dedicated officer. Genius writing with Mirror-Iris’s emotional manipulation of Barry to carry out Eva’s orders. If next week’s trailer is any indication, the moment viewers have been waiting for seems to be right around the corner. See you guys next week!