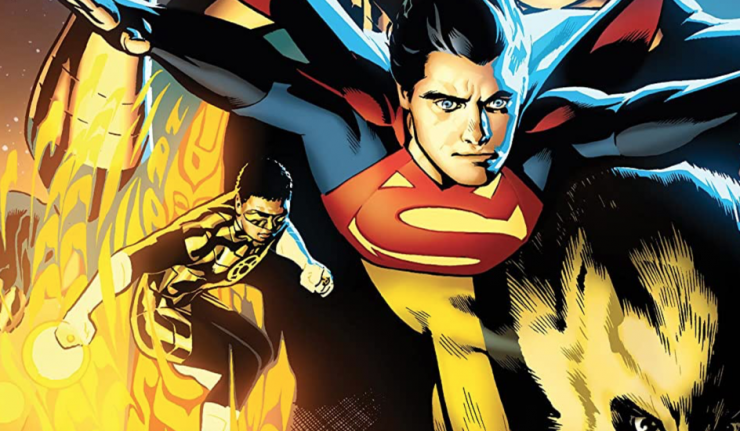 Once Legion Of Super-Heroes gets back on its shipping schedule, readers will be meeting a new DC hero: Gold Lantern.

Brian Bendis teased the upcoming appearance on Instagram with an image by artist Ryan Sook, writing:

Very excited everyone is so into Gold lantern’s proper debut in legion of superheroes! Good news, he’s been in the book since the Legion of superheroes millennium issue two. He was already on the cover of issue one! If you’ve already been buying the book you already have his first appearance.

We’ve of course already seen lanterns of Green, Red, Yellow, Black, Blue, and others… and according to Bendis, Gold has appeared before as well. Legion Of Super-Heroes: Millennium #2 hit stores last fall, but who knew at the time that a possibly major new character was part of that story? Still to be seen is which, if any, facet of the emotional spectrum this new character will be tied to.

With Gold Lantern, a new Doctor Fate, and a character called Monster Boy still to be seen, Legion of Super-Heroes readers have a lot to look forward to in upcoming issues. Issue #6 is currently scheduled to be in comic stores on June 9.