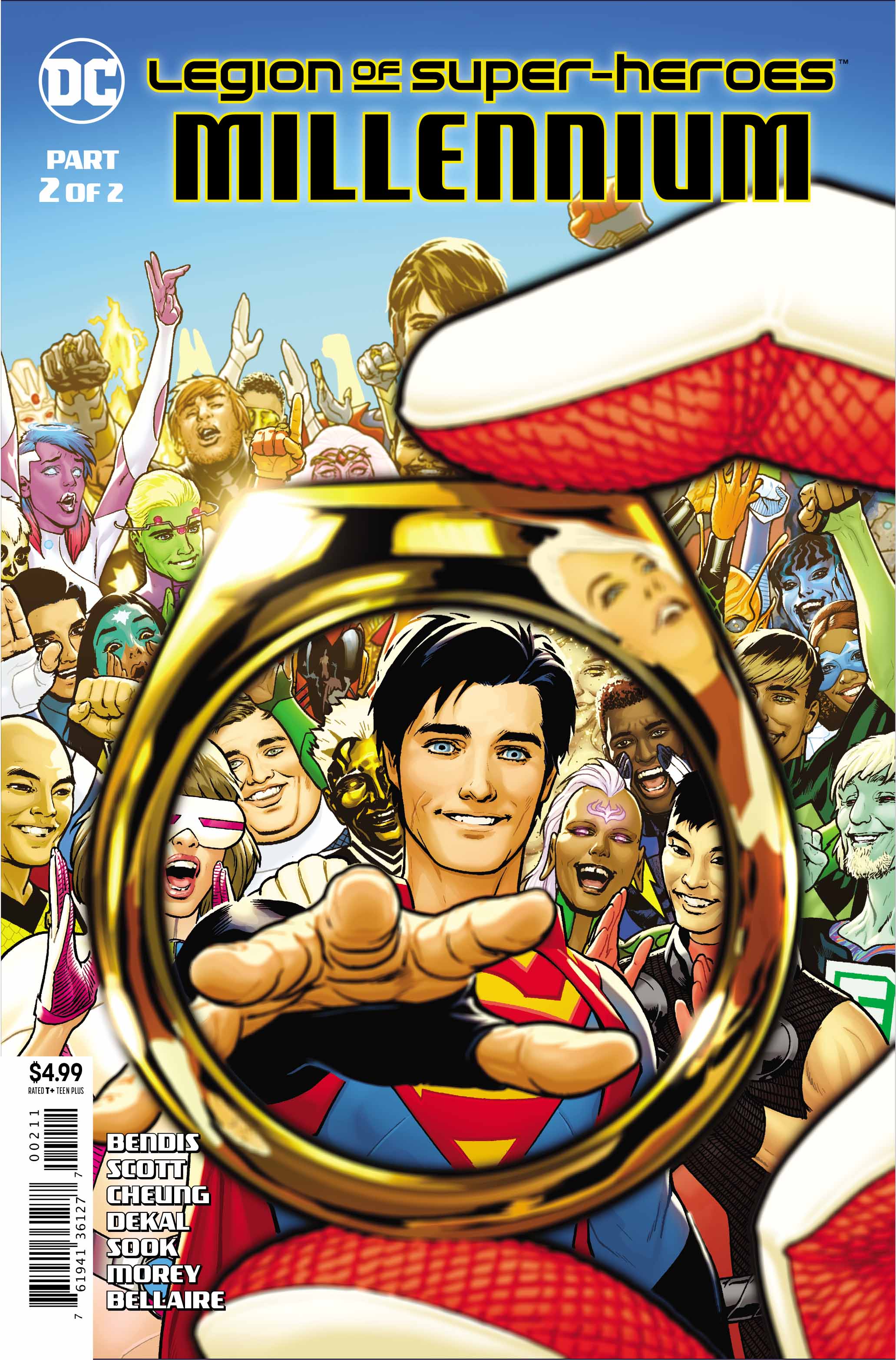 Rose Forrest continues her journey to the 31st Century, crossing paths with Michael Jon Carter (Booster Gold) and OMAC and finally, stumbling upon the Legion of Super-Heroes commemorating their founding with a picture, or “mem.”  And, she has a message for them….

Like last issue, Legion of Super-Heroes: Millennium #2 is strong on the characterization of its lead character Rose Forrest.  The best moment is probably when Thorn takes control for a bit and experiences the alien situation she’s in.  She so vicious!  It’s an alarming contrast to Rose.  However, it’s this contrast that makes her interesting.  There’s a lot of potential for this character.  One can only hope that this gets explored at some point.  However, it’s unclear whether Rose will be utilized as a supporting character in the future in Legion of Super-Heroes or remain a player in Action Comics in the present.  It almost seems like her “in-between” period in the Vega system may be the most interesting based on what’s in Legion of Super-Heroes: Millennium #2. 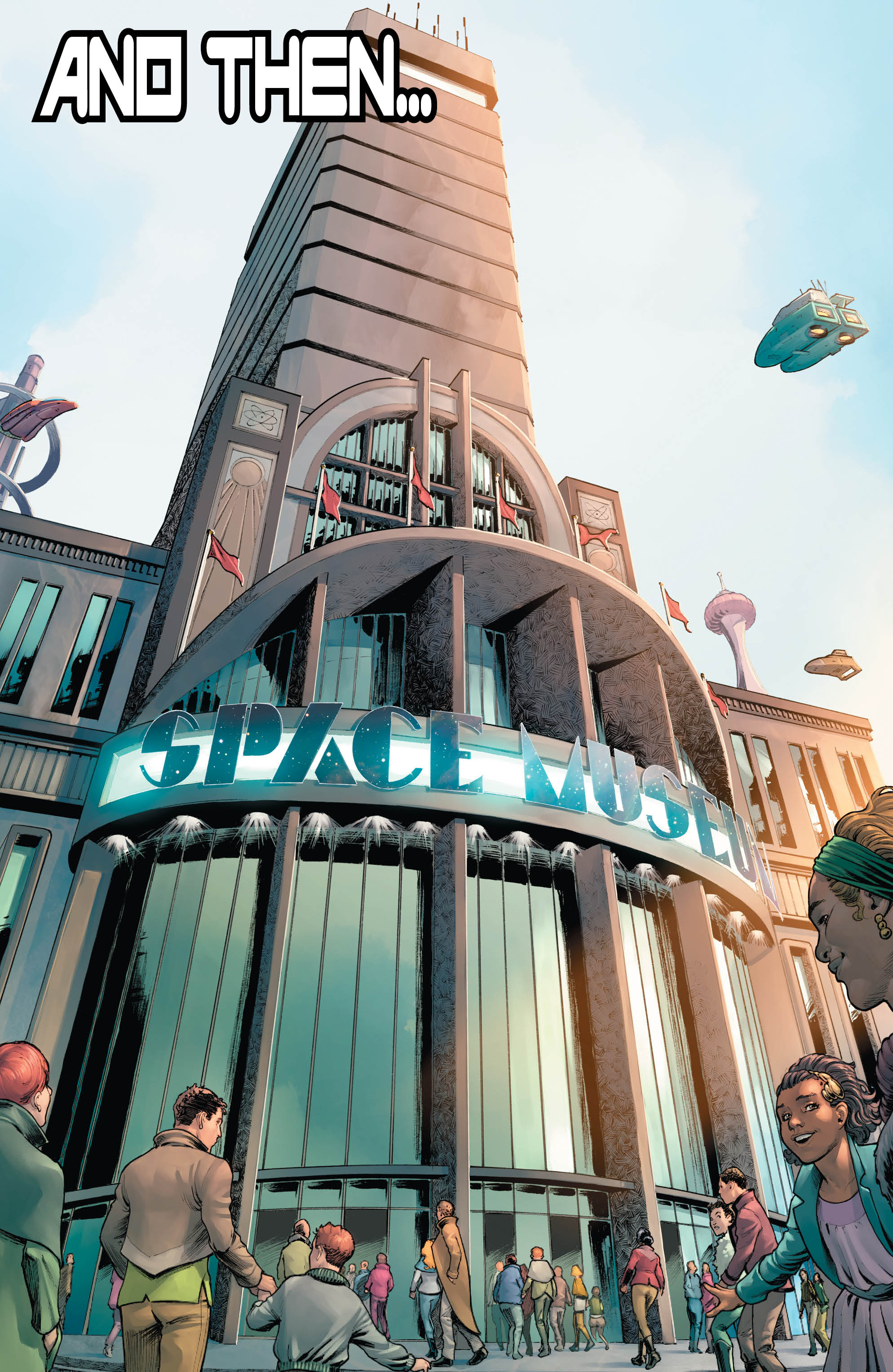 The art this issue is a step up from Legion of Super-Heroes: Millennium #1.  That may sound hard to believe, while Nicola Scott and Ryan Sook are extremely good, Jeff Dekal’s painted sequence is simply beautiful.  Compared to last issue, Jim Lee is about as “run-of-the-mill” super-hero artist as you can get, there’s so much more personality in Sook and Scott’s work, not to mention Andrea Sorrentino last issue.  Tackling the Kirby-creation this issue is Jim Cheung on OMAC.  There’s just enough Jack Kirby homage while Cheung makes it his own.  Overall, the art in Millennium #2 is superior to last issue.

When we finally see the Legion at the end of the issue, Bendis manages to channel a classic feeling chemistry between the characters, even if it’s only on a two page spread that we first saw on Late Night with Seth Meyers.  This should give hope for Legion fans that Bendis will get the characters right even if long-time fans are struggling with yet another reboot and some drastic character design changes.

There’s still little to no story here.  While the interest Bendis builds in Rose’s character is exciting, it really has nothing to do with the Legion.  This two-part series has done little to develop interest in the Legion of Super-Heroes.  That said, it’s clear that this is not only a new Legion, but a completely unfamiliar future.  The Earth is not what one would expect.

It’s disappointing that more of an effort was not made to connect the dots on how the Earth ended up in the situation it’s in.  Something happened while Rose was in the Vega system.  It’s a mystery, but it’s doesn’t feel that exciting because Bendis has proven he’s not really good at solving these things in an interesting manner.  It took 20 issues to get to the bottom of Rogol Zaar’s involvement in the destruction of Krypton, and it’s still not really clear.  We may never know how the Earth was destroyed and how it’s being reconstructed if that indeed is what’s going on. 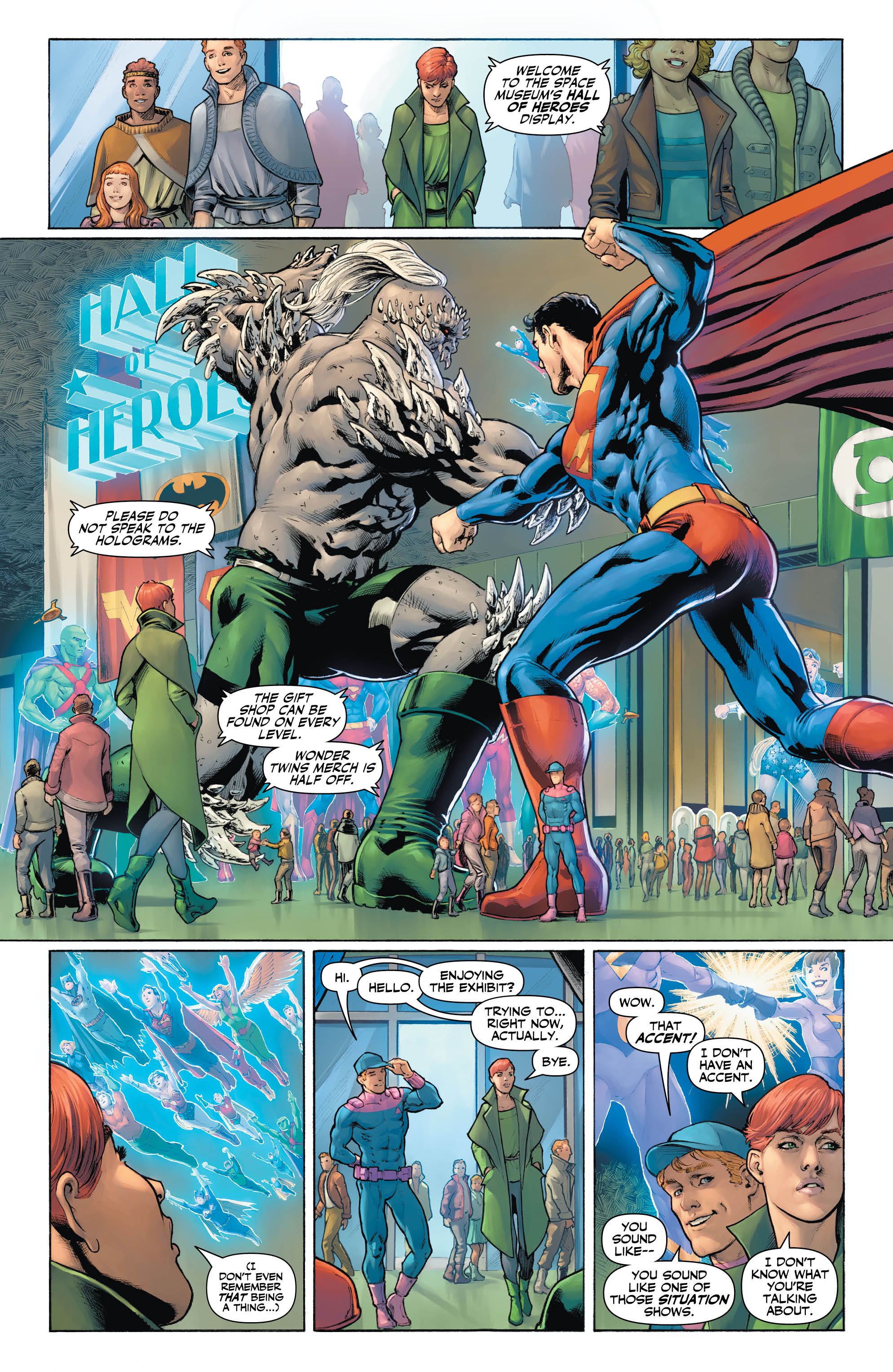 There is one inexplicable moment in Rose’s story that makes no sense.  With no explanation whatsoever, Rose suddenly feels like she’s discovered her purpose.  The page is simply a black background with Rose’s interior monologue.  Perhaps, the final page is the explanation, but all in all, it feels very awkward and forced.  There’s no clear motivator or explanation for her sudden clarity.  It comes across like Bendis decided he needed to get things going in a different direction and had no ideas and just changed things to change them.

Finally, like last issue it’s never explained how one gets from point A to point B.  Millennium was originally supposed to makes sense of DC’s futures.  However, as seen in this two-part series, zero effort has been made to explain anything.  Putting events in an order does not actually make a story.  It’s possible it’s been left unexplored on purpose, but all it really does is make this series seem like a waste of time. 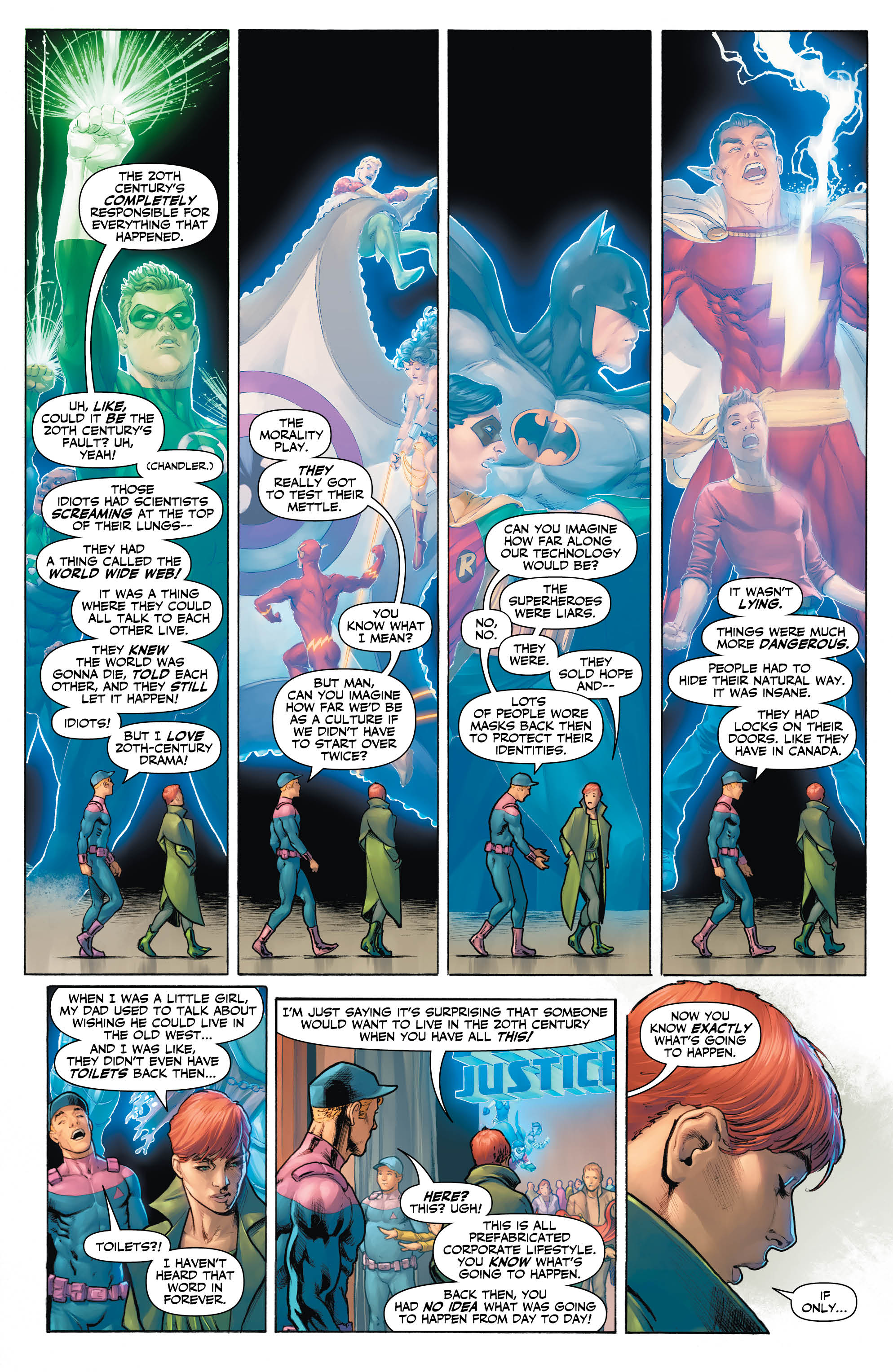 There seems to be some hope for Legion of Super-Heroes fans in this Fourthbooted iteration of the team.  However, under Bendis’s pen it may take some time to materialize as his track record at DC has shown him to take far too long to get to the point.  Legion of Super-Heroes: Millennium is a perfect example of this.  While Rose’s character may be interesting, it really has nothing to do with the Legion.  Bendis is going to try and tie it all together, but like “The Unity Saga,” one fears it will be a long drawn out tale with a lackluster finale.  Thankfully, the art is consistently good in Legion of Super-Heroes: Millennium #2, even if the “story” is yet more set up.

NYCC: New Creators for ‘The Dreaming’ and ‘Plunge’

Review: Superman: Up In The Sky #4