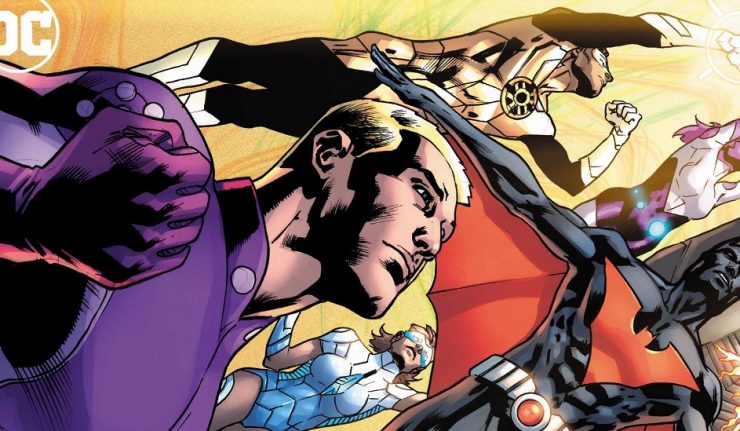 Rose Forrest aka Thorn, lives long and prospers into the future of the DC Universe!  She meets an elderly Supergirl, crosses paths with Batman Beyond, encounters Kamandi, the Last Boy on Earth and the world after the Great Disaster, finally attempting to join Tommy Tomorrow and the Planeteers!

Easily the strongest aspect of this book is the character work on Rose Forrest.  Bendis really makes the reader care for her and the bizarre predicament she’s in.  He laid the groundwork for her appearance here when he reintroduced the character in Action Comics #1012, and her characterization in that issue is critical to her dilemma in Legion of Superheroes: Millennium #1.

The worlds we see in the vignettes are all interesting enough to be explored in series of their own.  Of course, Batman Beyond has his own current series and Kamandi is a creation of Jack Kirby.  The world after the Great Disaster was explored in Kamandi’s self-titled series which ran for 59 issues back in the 1970’s.  Tommy Tomorrow has always had a soft spot in my heart.  He first appeared in Real Fact Comics #6 back in 1947!  He then spent a number of years  as a back up featured in Action Comics and World’s Finest Comics before receiving a tryout appearance as a feature in a 5 issue run in Showcase in the early 1960’s.

However, the most intriguing of the “future” moments is Rose’s meeting with the elderly Supergirl who is now President.  Of what it’s not clear…the United States?  The United Planets?  No matter, an aged Supergirl who’s risen to some political power is an interesting entry point to a new story for the Girl of Steel.  It’s nice she didn’t suddenly hit the geriatric set and got to live an apparently full life.  Perhaps, there will be more stories to come for President Supergirl and Tommy Tomorrow.

At times when Rose speaks her dialogue is a little off.  Bendis is trying to make it sound “real,” but it doesn’t always convey her meaning effectively.  At other times she’s a bit manic, and while it fits the “Thorn” aspect of the character who’s speaking, it can be difficult or somewhat annoying to try and follow.

The biggest disappointment in this issue is the lack of connective tissue between the future vignettes.  This could also be called a plot.  Sure, with Rose’s character driving  these scenes there’s a continuity, but it doesn’t really function to explain how these different future times flow from one to another.  For example, as Rose seems to hop from one to the next, the scene changes without any explanation as to how the world got to and beyond the events of the Great Disaster.  When first announced, it appeared that Millennium would connect these futures together and create a future tapestry.  Instead, Legion of Super-Heroes: Millennium #1 feels like jumping from stone to stone to reach the opposite shore.  There’s something missing in between.  Consequently, as Bendis has also been doing in the Superman titles, there are lots of ideas, but weak plot.

Overall, Millennium is not bad, but it isn’t great either.  The strength of some of the ideas and the focus on Rose’s character are engaging, but the lack of narrative leave this reader wanting.  A strong plot would’ve elevated this issue.  Moreover, it would’ve seemed that Rose, having lived through all these disparate futures would’ve been able to make some sense out of them for the reader, giving them context and meaning. 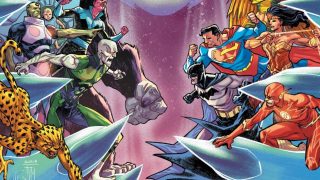 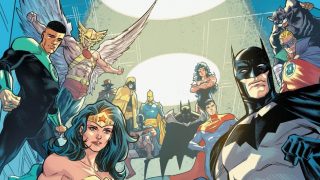