Remember the news about a live-action New Gods movie, co-written by Tom King and directed by Ava DuVernay? With everything that’s happened in the world of cinema and comics since the announcement last year, it’s no wonder that some fans may have forgotten about the existence of the project. While there isn’t much in the way of news to report, the director did drop an announcement on Twitter regarding an obscure character named All-Widow:

While All-Widow certainly isn’t a marquee name like Orion, Lightray, Mister Miracle, or the other well-known New Gods, she did have a key role in Jack Kirby’s original series. She was known as “Queen of the Bugs,” an ally of the heroes in their battle against Darkseid and the forces of Apokolips. 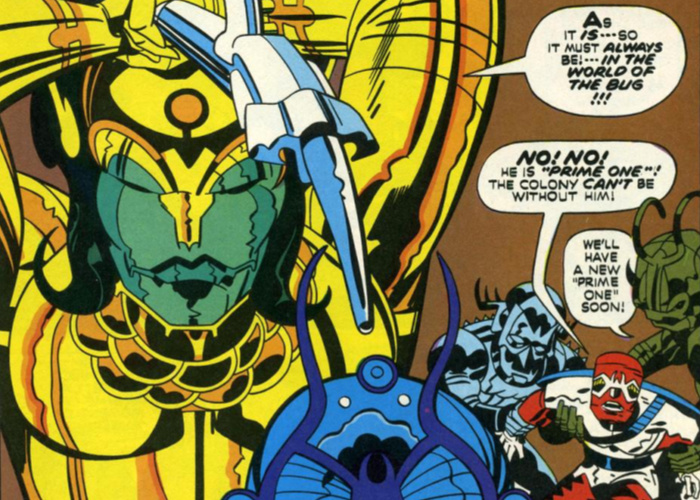 If All-Widow is going to be featured in the movie, the Bug called Forager probably isn’t far behind. This won’t be the first time denizens of the Fourth World will be seen on movie screens, after Steppenwolf and his Parademons in the Justice League film.

Unfortunately, given that this project is still in the writing phase, we’re probably years away from seeing All-Widow or the New Gods on the big screen.