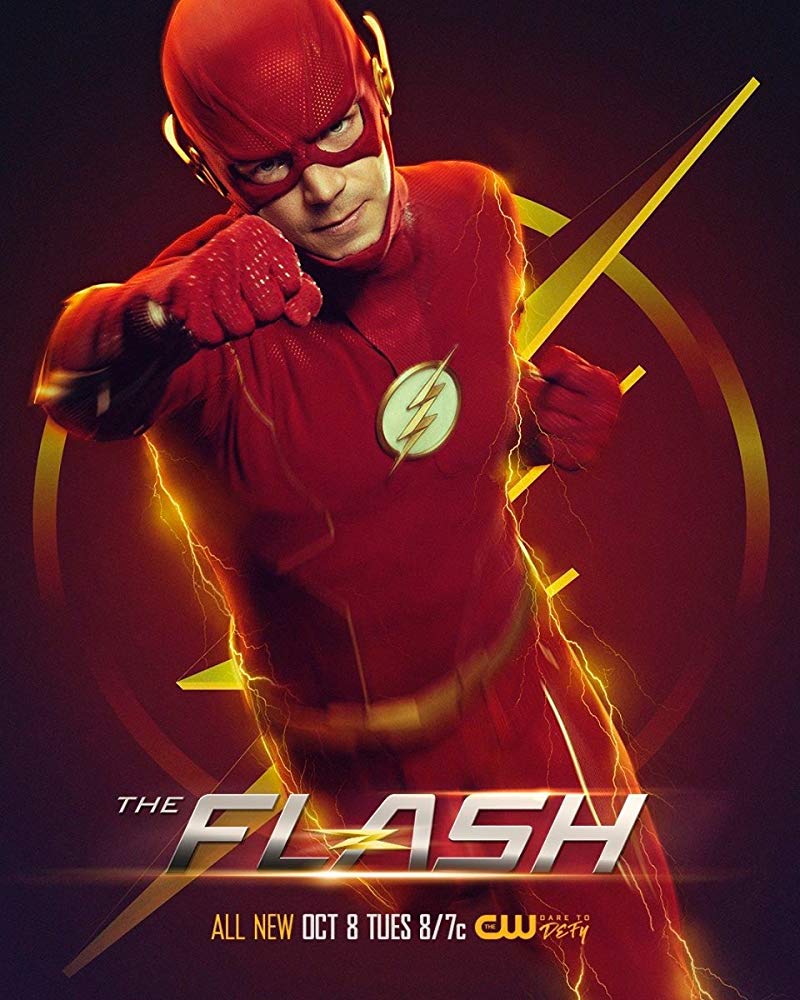 With Eva targeting Carver, both he and Team Flash are forced to collaborate against the common threat; Iris struggles with neural dissonance as she tries to navigate the search for Singh; Sue’s cat-and-mouse games catch up to her with lasting consequences.

The Flash 6×19 focused on what you would do for the people you love, and, in the case of Eva, how far would you go for revenge?

Efrat Dor’s Eva McCulloch emerging as this season’s second Big Bad as Mirror Mistress (yes I’m calling her that, Cisco, since you’re treading water in Atlantis) was a gradual reveal. Further, she even overtook the role that Black Hole had been billed from the start of Post-Crisis season six. The payoff this week was Eva in full villain form, costume included. The suit is even billed as a biological necessity as opposed to a fashion choice; its fragmented mirror texture better conveys the nature of her mental state and her abilities than Mirror Master’s shiny business suits. And yet, the cracked mirror pattern contradicts Eva’s demeanor: Uncompromising, nearly unemotional, and completely ruthless. In short, she has become the reflection of her husband Joe Carver. Her Singh replicant said it all: “Only her will.”

The threat level of her powers is even enhanced with the notion that any reflective surface – a pane of glass, a computer monitor, a TV screen – can be an access point for her to exploit. This makes both McCulloch Industries and S.T.A.R. Labs open doors, especially the latter’s Cortex. But what works in Efrat’s performance is her even delivery. With only a few moments of emotion, Eva is completely resolute and maintains an eerie calm towards Barry and Carver. She is self-assured she is both in the right and victorious. Like any good villain, she is the hero of her own story, completely justified in her methods and actions. She focuses more on the actions of her husband and neglects the consequences of her own. She embodies the notion that if you focus too much on your enemy, you risk becoming like them.

The writing is clever in that both antagonists’ claims are suspect; you cannot tell who is being truthful. What also works in Eva’s favor is that, despite the climactic battle, she wins. Carver is dead, she retakes her company, returns from the dead in society, and even frames Sue Dibny for Carver’s murder to cover her tracks. That revelation not only shows how cruel she can be, but delivers that surprise to fans who expect her to finger The Flash for the crime. It’s a calculated move that again shows her hypocrisy and how changed she is from being trapped in the Mirror Verse.

This week’s subplot involving Frost and Carla gave Danielle time in and out of the white makeup. Keeping her on the couch showed how out of it Frosty was, and her fear of meeting Caitlin’s mother – HER mother – was equivalent to a long-lost child meeting their parent for the first time. Through numerous appearances, Carla Tannhauser has evolved from the cold (no pun intended) uninvolved parent to achieving a more loving relationship with her daughter, certainly after last year’s situation with Icicle.

Given the tease at the end of that episode, viewers were expecting to see a follow-up to that. It keeps the viewers that much more engaged in case Carla’s eyes turn icy (literally). Thankfully, though, the writers didn’t ignore Thomas’s death and how it impacted both mother and daughter. Danielle’s last scene with Grant was warm (again no hot-and-cold puns) and reminded the viewer of how close she and Barry are. Her leaving in slow motion gave an indication that she won’t be back for quite a while, and that helped set up the welcome return of Joe West post-Carver. The possibility of whether or not Carla has developed her own Icicle persona will therefore remain up in the air until the next season, which is probably for the best. 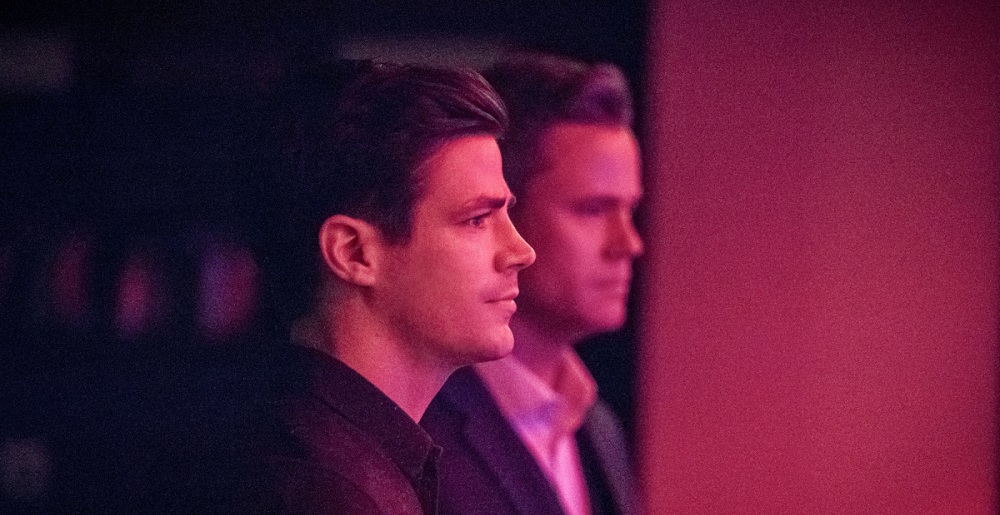 Grant’s performance this week had less to do with speed and more emotion. His conversations with Carver on the subject of Iris showcase a contradiction as wide as the Grand Canyon. Every noteworthy villain has a bit of the hero in them, and vice versa. While, again, it’s not clear whether Eva is being truthful or Carver on the events of that night in 2013, Carver is a cautionary tale. He lost Eva, and created a black market terror cell with her weapons and exploited metahumans. Nenninger does a great billionaire douchebag; to him people are commodities and everything is for sale. In short, he lost his soul.

On Barry’s side, meanwhile, he still believes Iris can be saved and is willing to go as far as he has to. That desperation is compounded by his need to maintain emotional control since his speed responds to his feelings. This concealed despondency is called into focus by both the script and by Nash when Mirror Singh proposes a trade: Carver for Iris. This also gives Nash another moment of growth as he becomes invested in where the desperation to get Iris back is leading Barry. Nice move to bring back the reminder that Nash is now the reciprocal for previous Wells doppelgangers in his head. Not only does it make him smarter but it also gives him insight to better relate to Barry. Allen redeems himself of course by taking the mirror edges of Eva’s attack to save Carver, but that pause between he and Singh in the hall really sells that notion he may have taken that deal if Wells hadn’t interceded. Barry Allen is only human, and what Caitlin comments on – his real power being love – can send him down a dark road if he’s not careful. 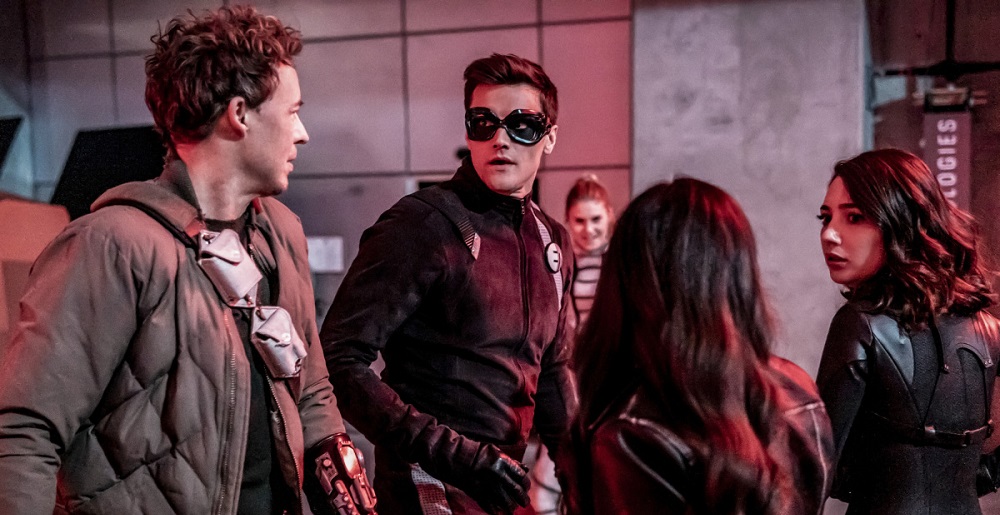 The big fight sequence is storyboarded in a very unique way, and I’m not talking about it being a nearly all-girls fight. From a plot perspective it focused on developing the relationships between Ralph and Sue and Nash and Eva further. The fight, in Sue’s case, is redemptive; keeping her the wild card with her joining Black Hole and knocking out Ralph was clever on the part of the writing team. It made her choice to join in the brawl-for-all that much more surprising. The aftermath show significant differences that will develop next season; Eva is no longer averse to Nash’s presence, while Sue, albeit after Eva’s underhanded false charges, will come to rely on Ralph a little while longer. 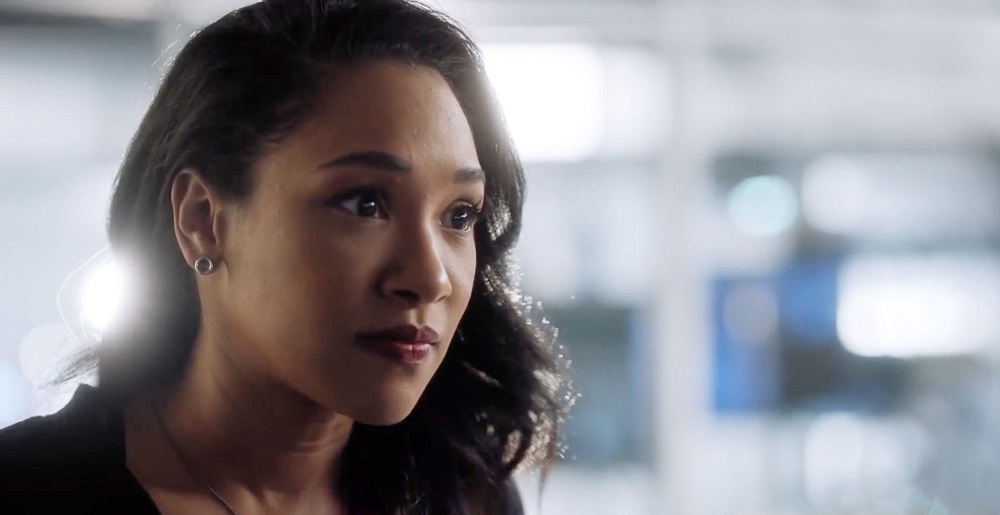 The final fate of Iris West-Allen is appropriately left up in the air, whether she disappeared or not. Throughout the episode, the neural dissonance had given Iris the ability to perceive the monitors at the cost of her grip on reality. Candice is at her best this week as her character is trying to use this temporary ability to find Singh; like her husband, she’s been given these abilities and is risking her life to save another. The effects that Iris experiences give viewers food for thought as to whether Carver was correct in that the Mirror Verse permanently affects one’s mental faculties. It would certainly explain Eva’s malevolence. But what does that mean for Iris? The big shocker was her turning crystalline and vanishing, leaving not only hers but Camilla’s fate up to interpretation before the big “TO BE CONTINUED” caption flashed. Candice definitely deserves praise for how she’s handled the latter half of the season as both Iris and Mirror-Iris. I look forward to seeing where this turn of events leads her and what state she will be in by the time she and Barry reunite.

Although action-packed, the battle did not hold you if not for the scenes focusing on Ultraviolet and Sue. This episode paid attention to lingering subplots and left a great cliffhanger, but there are points where you feel that it’s rushed. The Artificial Speed Force doesn’t even play into the final resolution because that was probably planned for the last four episodes. Cisco isn’t even mentioned after departing for Atlantis.

I give The Flash 6×19 a 4 out of 5. While I can see the effort in stringing together the makeshift finale, it still felt like the halfway point. Regardless, the crew earned that number 4 by making the most of what they had. Strong performances from the cast and innovative editing for the fight scene and a very appropriate cliffhanger for Iris and Sue. The unavoidable lack of emotional completion for the final episode of the sixth season of The Flash is another casualty of the pandemic that’s affected everyone’s lives. Regardless, while not perfect, The Flash 6×19 final is better than no finale at all, and that happens to some series. On that note, given this is the final review for the year, I just wish this episode had more of a payoff. I sincerely hope conditions improve and that we’ll be able to resolve these stories. Till then, I urge all of you to continue to follow physical distancing guidelines, sanitize, wash your hands, maintain good hygiene, and only go out when you need to. So to all my fellow Flash fans, stay safe and stay healthy.