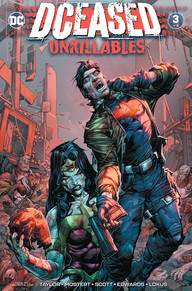 “Come here you big, caring dead man.  You can’t die on a Monday.  It would ruin your whole poem” – The Creeper to Solomon Grundy.

It’s the epic finale of the next chapter in the DCeased saga as heroes and villains collide with one epic purpose: to escape the coming of the infected population of Gotham City and a monstrous Wonder Woman! It’s time to ride the fury road one final time…to survival!

This is the third and final installment of DCeased: Unkillables. Or is it? 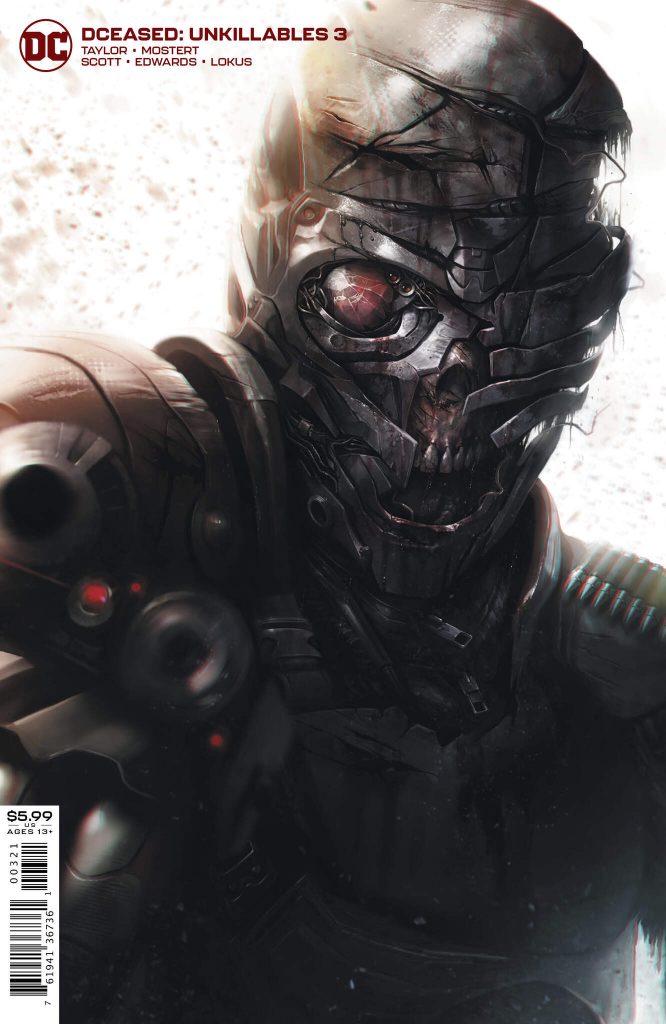 Tom Taylor does a great job in weaving quite an apocalyptic tale that is in its Third and final act.  Taylor has combined heroes and villains in unlikely roles as well as turned all the major heroes on end.

In this case, Wonder Woman (debatable as most powerful of the Trinity of  Clark, Bruce and Diana) and Bane serve as the major barriers between the hobbled together group of survivors in their quest to get to Gotham and safety.

And he did it! 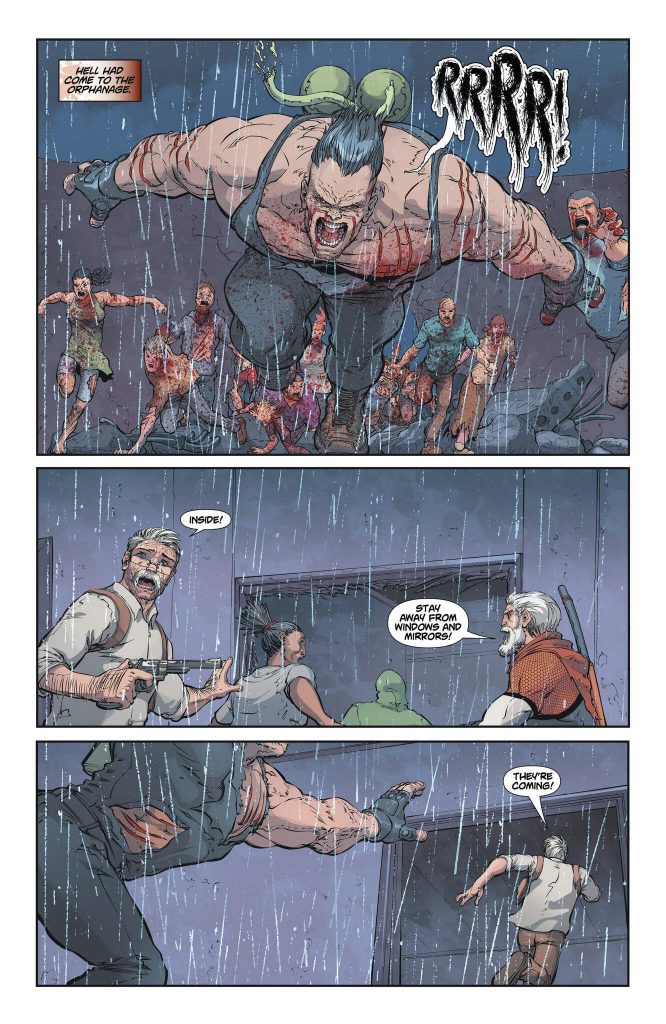 These intense chaperones have the task of getting their trained orphans into the bus, and from Bludhaven to Gotham.  Who knew a “Kill Box” was a real thing?  I gotta play some video games more!

I don’t think I can ride a bus anymore.  Taylor uses an infected Mirror Master in the most imaginative ways.  This bus ride sacrifices more than just the Batmobile.  No spoilers on the death count.  But it rocks you to the core. 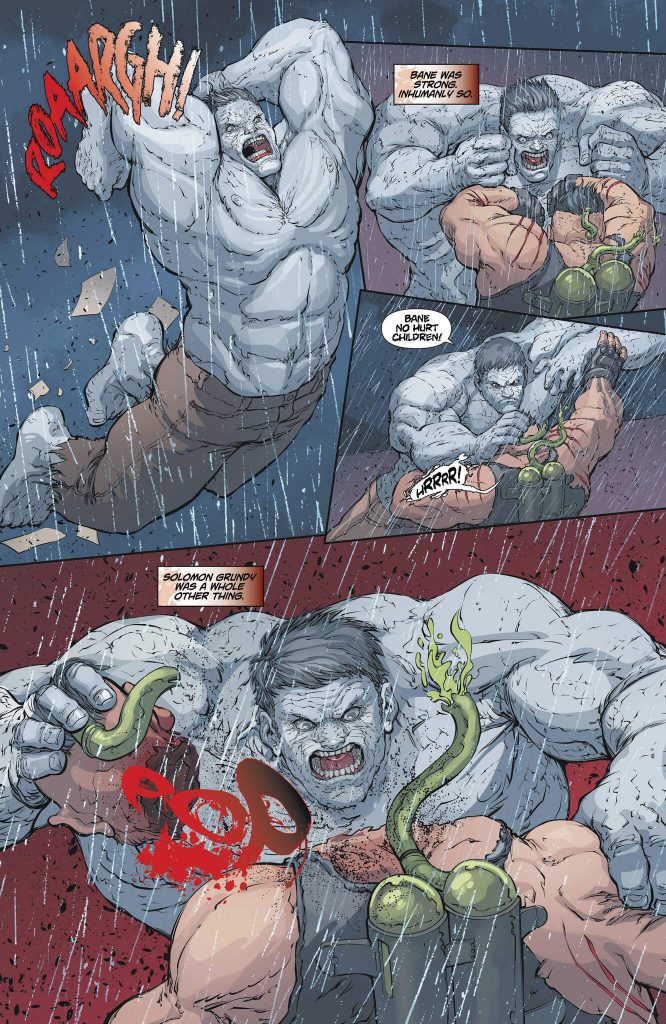 Family comes in a lot of versions…and children always bring out the best.  Even in Cheetah’s demeanor.  Even in Solomon Grundy’s.  Even in Lady Shiva and her love for Cassandra.  Kill Bill’s Black Mamba has nothing on Lady Shiva and what she can do!

Lots of sacrifices and just when you think it is all for naught….Shazam!

I’ve now grown accustomed to Karl Mostert‘s renderings.  And his Creeper makes me want him to have a series of his own.  I like seeing some older heroes/villains make their appearances in what could still be considered the Year of the Villain. 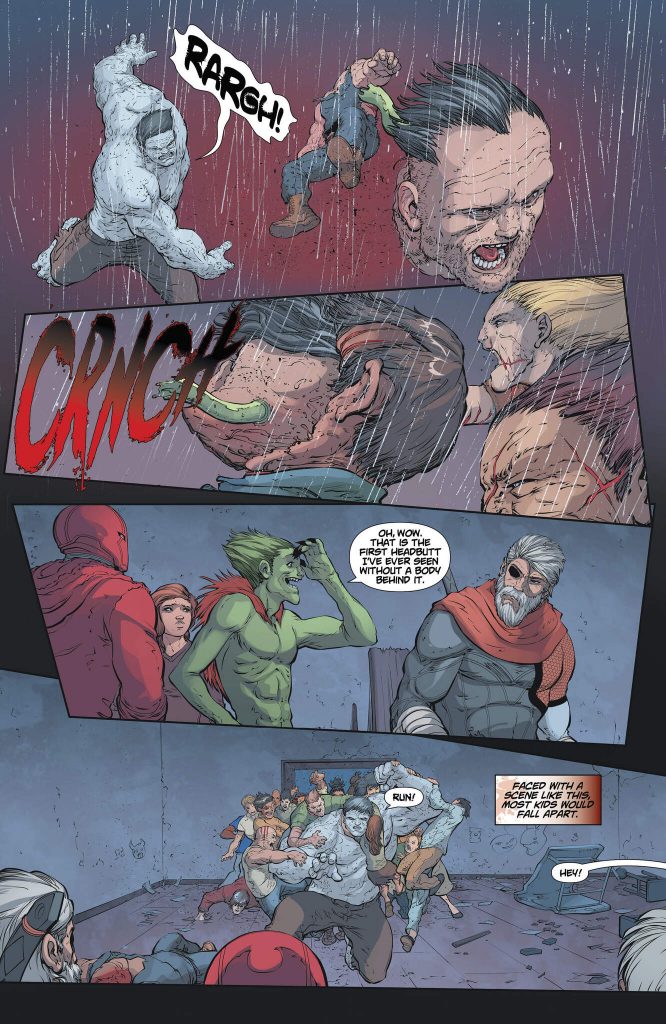 Perhaps it’s an old apocalyptic tale.  You may have guessed who gets infected, but Taylor has kept us interested through the series and plants some interesting story lines to keep us going.

Poison Ivy…. the savior of the new universe..?  With Harley at her side?  Not a negative, but a pause to ponder. 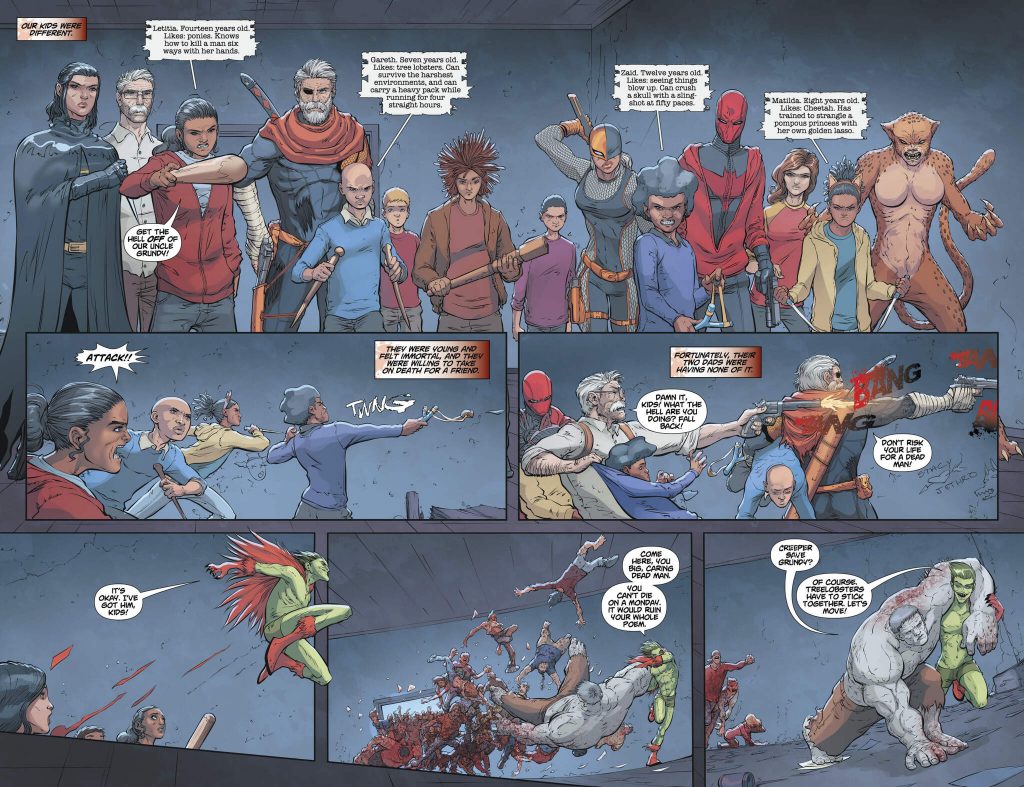 This is quite a series and one in which will be a great stand alone trade paperback.  This third installment sets up quite an apocalyptic future…if you don’t mind hearing the scratching against the garden walls.