Follow the yellow brick road to Season Two of the DC Universe Original Series DOOM PATROL which is set to premiere in June! The unveiling of the key art introduces some new faces alongside our band of misfits as they enter uncharted territory!

Though most of the DCTV primetime series were upended due to the current pandemic, DC fans can take solace in the massive catalog of content available to them on the DC Universe subscriber platform which has along with just launching the next generation of heroes with Stargirl will soon be bringing back the most unusual band of heroes in the live-action pantheon with the return of Doom Patrol which will debut its Second Season on June 25th. DC Universe unveiled the key promo art which introduced some new faces!

Niles Caulder, “The Chief” (Timothy Dalton) may have been keeping secrets from his wayward charges — secrets that ultimately lead the group of unlikely adventures on a mission through space, time, and everywhere in between in an effort to rescue their mentor. With the arrival of the mysterious Dorothy Spinner (Abigail Shapiro) a young girl who may be The Chief’s daughter, how will this revelation upend their already fragile existence? This may prove far more of a challenge than the Doom Patrol ever imagined signing up for!

DC’s strangest group of heroes returns on Thursday, June 25 with new episodes debuting every Thursday and reunites Cliff Steele/The Robotman (Brendan Fraser), Larry Trainer/Negative Man (Matt Bomer), Rita Farr/The Elasti-Woman, alongside Crazy Jane (Diane Guerrero) and Victor Stone/The Cyborg for Season Two of Doom Patrol. The DC Universe Original Series will also simultaneously debut on HBO Max. How will the team react to their newest member of the family and grow beyond their feelings of betrayal by Niles Caulder? Tune-In and find out! 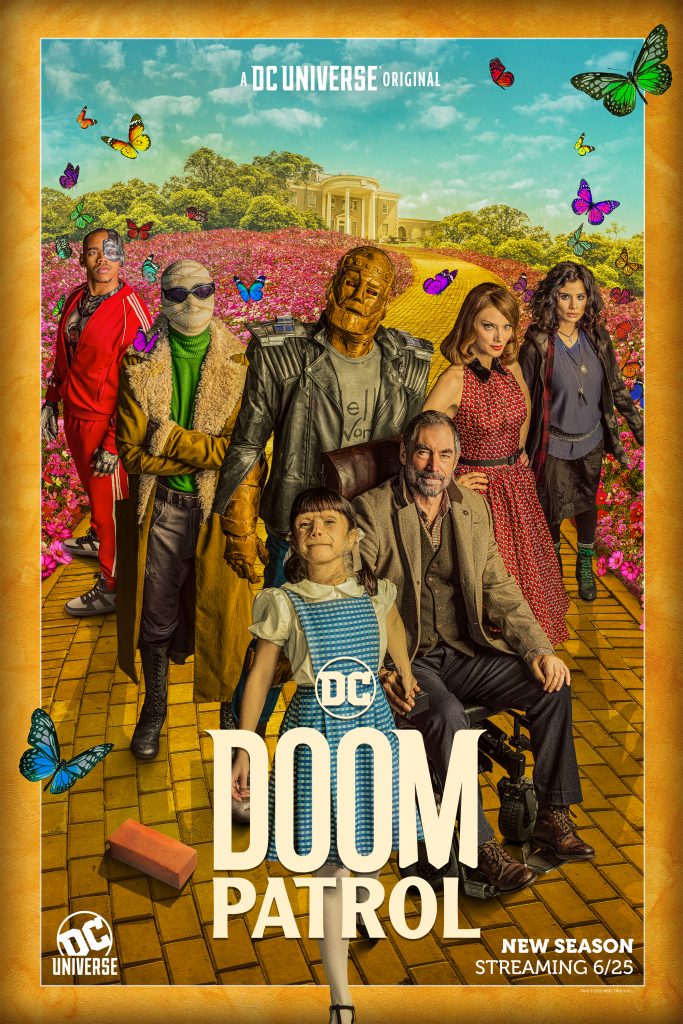 Doom Patrol Season Two is set to premiere on June 25, 2020, on the DC Universe subscription service and will also debut on HBO Max. The series is produced by Berlanti Productions in association with Warner Bros. Television.