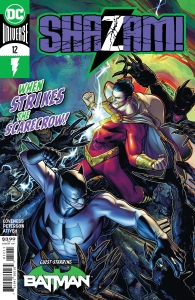 Over the length of the current story line, I have come to believe that perhaps Geoff Johns should hand over the reins to another writer. Not to knock Johns, but he’s a busy man, and has had a difficult time keeping the book on schedule. Also, I have felt that initial storyline is too crowded with several heroes, villains, and multiple concurrent plotlines.

Shazam #12, despite the original solicitation info, brings us a “special interlude issue” written by Jeff Loveness. I suspect this fill-in story was added to keep the series on schedule. And it already had extra time due to the break in distribution in April. But for whatever reason, this story from a different writer appears to prove my point about title.

The title regularly has way too many characters, the heroes are Billy and his five foster siblings, the villains, Mister Mind, Doctor Sivana, and Mister Mind. Plus there’s Billy’s father who also has the powers of Shazam, but is being controlled by Mister Mind. Plus, there’s King Kid, and the looming threat of Superboy-Prime.

However, Shazam #12 simply has Billy and special guest Batman facing off against Scarecrow. Freddy Freeman also appears briefly, but not in his hero guise, as this story is set before he gains his powers. There is also a brief appearance of the villain Herkimer of the Crocodile Men, but only briefly. 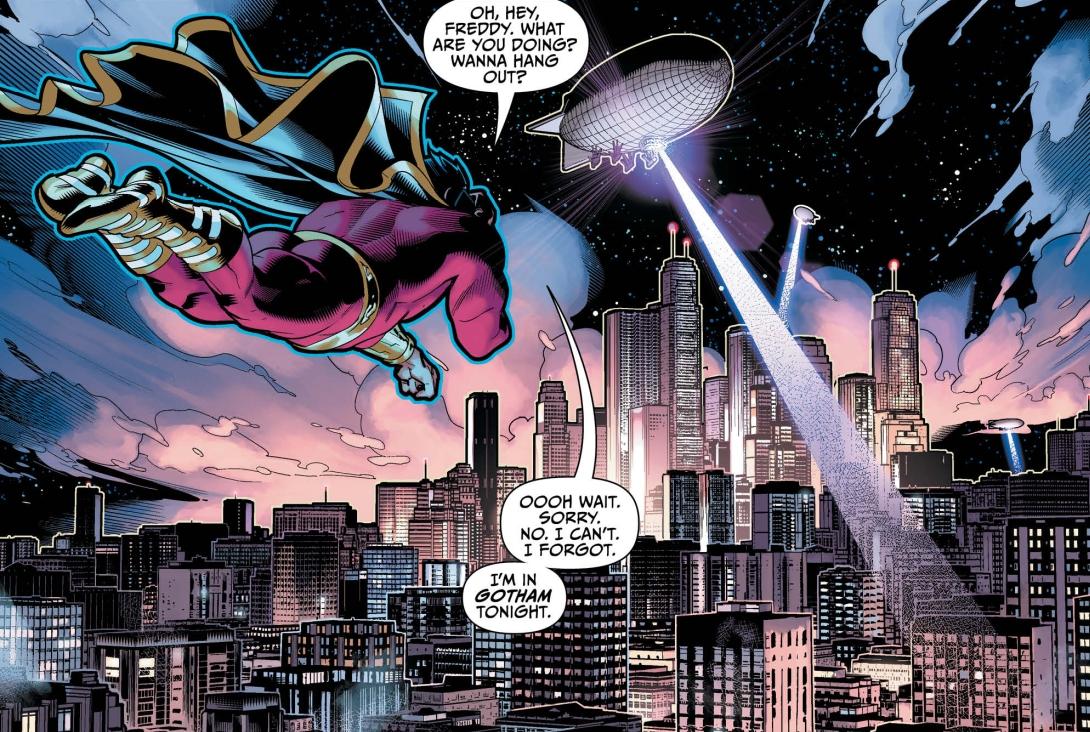 This story is nicely self-contained, with no ties to the any of the multiple threads of Johns’ story, and after a years worth of that crowded, convoluted story, it’s nice to enjoy a nice simple one-and-done story like this.

And this is a pretty good story too. It starts off with Freddy ribbing Billy about his lame rogues gallery, of which Herkimer serves as a prime example. Billy travels to Gotham City to visit Batman, who has much cooler foes.

Unfortunately, Billy runs into Scarecrow. Despite having superpowers, Billy is still vulnerable to Crane’s fear toxin. The fears brought out by the toxin are quite understandable for Billy. As a child thrust into the role of an adult superhero, Billy harbours feelings of being inadequate and undeserving of his powers. How can he hope to live up to the expectations put on him to fight evil? He’s just a kid.

And it’s the normally intimidating Batman that has to talk Billy down. Billy learns from Batman how to face his fears: “You can be afraid. Fear is real. So use it. Embrace it. Become someone braver than your fear”.

I also liked seeing the conversation Billy and Batman have in the aftermath. Batman starts to lecture Billy about being reckless, but when Billy opens up about his insecurities, Batman instead gives him some kindly advice. Bruce tells him, “I chose to be this. I had to be this”. But he tells Billy that he has the time to be himself and discover who he wants to be.

I also liked how the two heroes bond a bit over a strange commonality. When Billy mentions that he sometimes punches crocodiles, referring to Herkimer, Batman responds, “I’ve also punched a crocodile, referring to Killer Croc. Then there’s also their minor disagreement over whether this misadventure qualifies as an official team-up or not.

The only real problem I had with this issue was that we probably won’t see another like it, at least not until Geoff Johns finishes off his current storyline and hopefully starts a simpler. less crowded story arc. But I do think that perhaps DC might consider bringing Jeff Loveness back for more “interludes” or even letting him take over the writing duties until Johns has more time in his schedule to devote to the title. 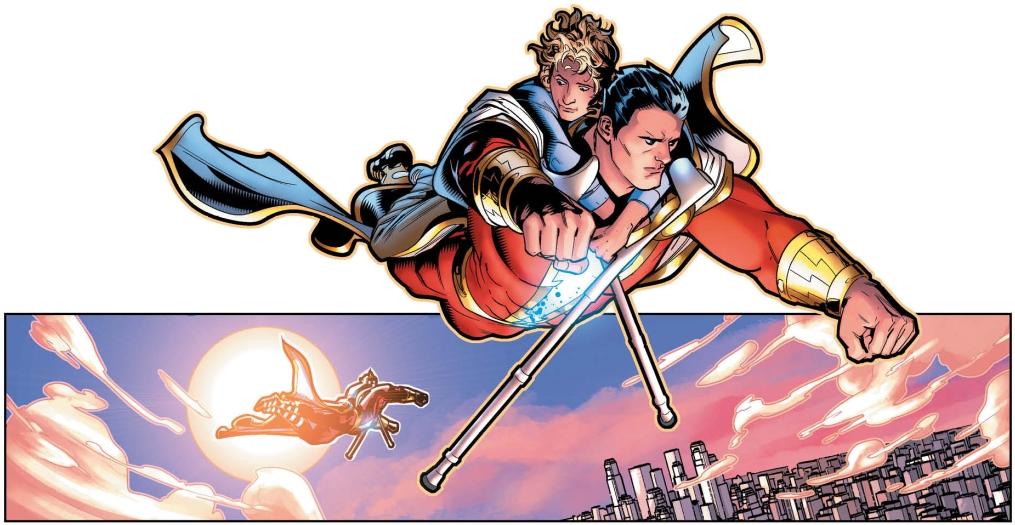 Shazam #12 was a nice relaxing break from the regular story line that has been playing out in this title. And while I have been enjoying the story Geoff Johns has been giving us, I think this is the type of story I would prefer to be reading each month.