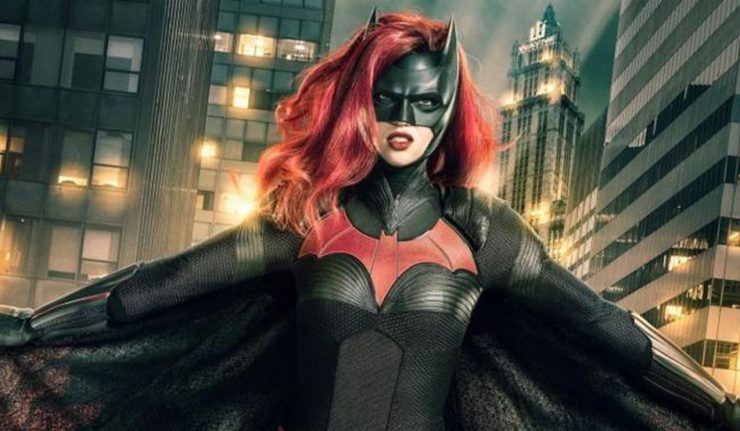 Batwoman season 2 will not only have a new face behind the cowl…but an entirely new lead character.

CW executives have decided to not recast the role of Kate Kane vacated by Ruby Rose. Rather, they have elected to create a new character and have her step into the role of Batwoman. Further, a casting notice leaked online revealed both the name – Ryan Wilder – and background of this proposed replacement for Kate:

“She’s likable, messy, a little goofy, and untamed,” reads the document. “With no one in her life to keep her on track, Ryan spent years as a drug-runner, dodging the GCPD and masking her pain with bad habits. Today, reformed and sober, Ryan lives in van with her plant. A girl who would steal milk from an alley cat and could also kill you with her bare hands, Ryan is the most dangerous type of fighter: highly skilled and wildly disciplined. An out lesbian. Athletic. Raw. Passionate. Fallible. And very much not your stereotypical All-American hero.”

As to who would fill the role, and the maintenance of the verisimilitude established by Ruby’s casting, this joint statement – released following Ruby’s resignation – offers assurance:

“Warner Bros. Television, The CW and Berlanti Productions thank Ruby for her contributions to the success of our first season and wish her all the best. The studio and network are firmly committed to Batwoman‘s second season and long-term future, and we — along with the show’s talented creative team — look forward to sharing its new direction, including the casting of a new lead actress and member of the LGBTQ community, in the coming months.”

Batwoman Season 2 Without Kate: What Happened With Ruby and What About Alice?

Ruby abruptly announced last month that she would be leaving Batwoman after the first season. She had debuted as Kate Kane during the 2018 Arrowverse crossover event, “Elseworlds,” but her origin story remained up in the air until the start of the 2019-2020 season.

With minor deviations from her comic book counterpart, Kate Kane had returned from years of survival training after being expelled from her military academy for her sexuality. She had arrived back in Gotham following news of ex-girlfriend Sophie Moore’s abduction at the hands of Lewis Caroll-obsessed terrorist Alice. Events led her to not only discovering her long-lost cousin Bruce Wayne was Batman – the man she blamed for the deaths of her mother and twin sister Beth –  but to donning his suit – after modifications to fit a female wearer – to take up his crusade. Chronicling her journey in journal entries to Bruce, Kate went on to discover that Alice was, in fact, Beth, driven insane by her captivity and hell-bent on bringing Kate over to her side and making their father pay for abandoning his search for her. At the same time, Kate had to deal with Sophie having moved on into a straight relationship and herself an integral part of the Crisis on Infinite Earths as the Paragon of Courage. She had even become a member of the fledgling – yet-still-unnamed – Justice League at the end of the crossover.

During filming, Rose had sustained a neck injury that required surgery, which offered a probable cause for her departure. However, sources say that she was unprepared for the heavy scheduling that comes with being the lead of a series. Regardless, she has stated online that she did not arrive at this decision lightly. Although she thanked cast and crew in her initial announcement, Rose released this follow-up a week later:

Dries, meanwhile, now has a challenge ahead: What to do with the now-unresolved conflict between Kate and her insane twin sister, Alice? Batwoman season one focused on their Batman-Joker dance in its escalation, and in the finale she went so far as to use her plastic surgery skills to turn Tommy Elliot into Bruce Wayne’s lookalike. Besides Kate, she has also earned the wrath of stepsister Mary for killing her mother. While the triangle established between them has been officially broken by Ruby’s exit, there could be a focus between Mary and Alice. “That’s a very huge elephant in the room, ” Dries explains, “that she killed her mom, and Mary, in my opinion, has never gotten proper closure around that. Hopefully, there’s somewhere to go with that that doesn’t necessarily end in forgiveness, but it creates really juicy tension when they’re together in a room.”

Like a majority of the Arrowverse shows, production had to be halted due to the COVID-19 pandemic and Batwoman season one ended with episode 19. However, there is no scheduled start date for filming as of yet on the second season. Stay tuned. 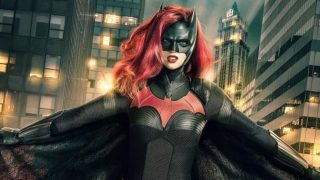