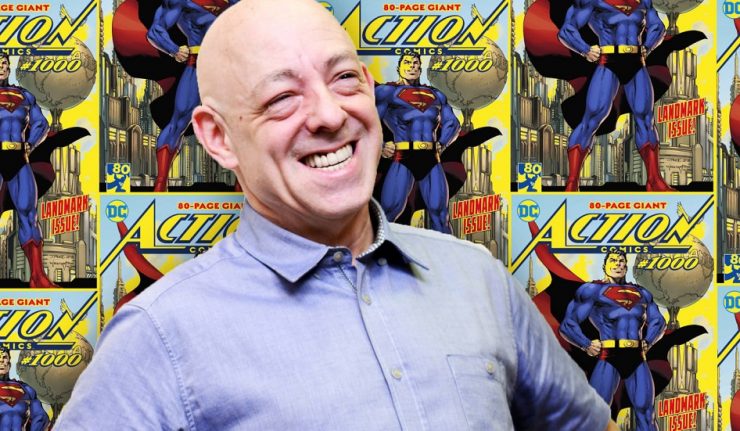 After appearing on David Harper’s Off Panel podcast, writer Brian Michael Bendis has confirmed he is nearing the end of his run with the Man of Steel. Bendis came to DC in 2017 after being at Marvel for over a decade. On the podcast, Bendis noted:

“I’m heading toward the end of my run on Superman,” Bendis said. “So I’ve been more reflective on it and… I will never be more grateful than I got to heal my near-death experience through Superman and then get through this pandemic.”

Bendis started his run on a Man of Steel miniseries, then moved onto a relaunch of Action Comics, and then Superman. He is the creator of DC’s Wonder Comics imprint which saw the return of the ever-popular Young Justice with Tim Drake/Robin, Conner Kent/Superboy, and Bart Allen/Impulse. Bendis also co-wrote Naomi and is currently writing Legion of Super-Heroes and well as Leviathan spin-offs.

So what does this mean? Well, who knows. Sometimes writers get tried of a run, or sometimes they get tired of the backlash from their horrible writing (there is a very large group of people who thinks he is a terrible writer). So stay tuned as to WHEN he will actually be ending his run on Superman.