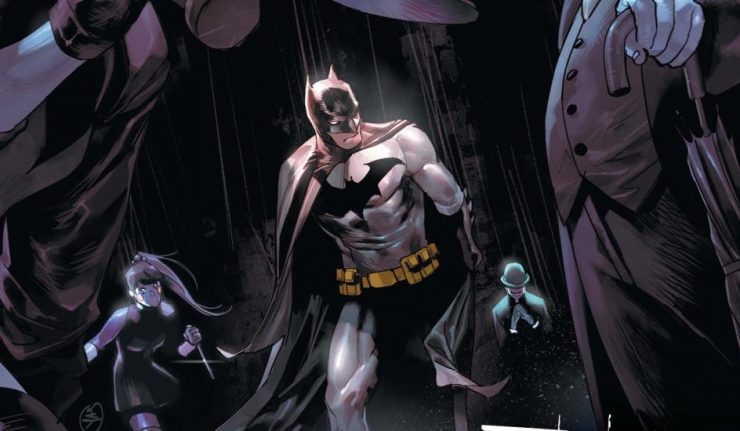 Fans have responded very favorably to the recent releases of anniversary issues, and it looks like DC has no plans to slow down. We have info on Detective Comics #1027!

September 15’s Detective Comics #1027 will be a 144-page anthology with a hall of fame  of Dark Knight creative teams  returning – along with some new faces like Matt Fraction, Mariko Tamaki, and Chip Zdarsky.

“Batman and his allies will have a mountain of mysteries to solve, taking them from the seediest corners of Gotham City to the farthest reaches of the DC universe, plus a few early hints at what’s in store for the future of the Caped Crusader!” reads DC’s description of the anthology.

The title’s current creative team of writer Peter J. Tomasi and artist Brad Walker will be on-board, as well as other team-ups including:

“Detective Comics #1027 has been a massive undertaking, and I’m really excited for fans to see what editors Paul Kaminski and Dave Wielgosz have in store come September,” Batman group editor Ben Abernathy said in the announcement. “A great combination of writers and artists are putting in their best work on the book and fans should pay close attention to these stories, since some of them will plant the seeds for both Batman’s future and that of the DC universe.”

And likewise, the special will have an “extensive” variants program, including 10 covers highlighting friends and foes of the Dark Knight.