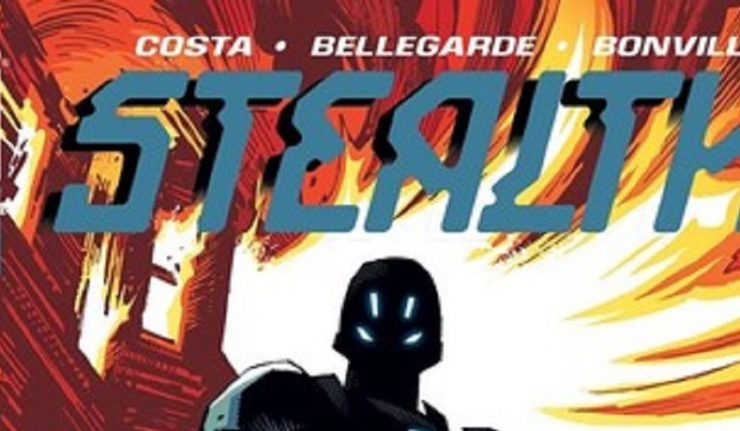 For decades, Stealth has waged war on crime in Detroit, but now he’s taken his pursuit of justice too far. Only reporter Tony Barber knows that behind Stealth’s reckless behavior is an older man battling Alzheimer’s—his father. A father unwilling to accept that he’s no longer the hero this city needs…with enemies all too eager to force his retirement.

Created by ROBERT KIRKMAN and MARC SILVESTRI, STEALTH is an action-packed series, perfect for readers who enjoy Black Panther and Iron Man.

Detroit’s legendary super-powered vigilante Stealth has lost control, plunging the city into chaos. Now, Dead Hand reemerges to finish off his longtime enemy once and for all.

Where to start?  Robert Kirkman and Marc Silvestri created Stealth and it is about to become a motion picture as Kirkman ( The Walking Dead) is in the development stage on that front.  Mark Fergus and Hawk Ostby will write the script for the forthcoming Stealth adaptation. The writing duo’s credits include Iron Man and Cowboys & Aliens.

Oscar-nominated Lee Daniels will direct and produce along with his partner Pam Williams. The film will be produced by Skybound’s film team—including Kirkman, David Alpert, Bryan Furst, and Sean Furst—and Universal Executive Vice President of Production Matt Reilly will oversee the project on behalf of the studio.

But how cool is it that the character is in its infancy as Image just released the comic?

Writer Mike Costa provides a tale of Stealth, a vigilante who is akin to a Iron Man/Falcon type character in Detroit. Thus far we know that Tony Barber was beaten to a pulp by Stealth.

The twist in this is that Stealth is his father who is suffering from Alzheimer’s. Tony confronts his father after returning from the hospital.  He covers up his beating with the doctors indicating he was jumped on the street by robbers.  However, while speaking with his father, who is now very lucid and remorseful, Tony gains the origin of how Stealth came into being.  Or at least parts of the story.

Costa also gives us a glimpse into what is at work away from Stealth.  Apparently Stealth gained a lot of enemies in his quest to administer justice.  And with Stealth on the ropes from his recent health problems, we get to see the first of his rogues gallery – Dead Hand. From the art work above, you can see that Dead Hand can extract information from his cold dead hand…. cold dead stinky hand… and that arguably is where the villainy begins. Imagine if the Joker knew that Bruce Wayne was Batman…oh wait… imagine if he knew that Bruce was suffering from a disease that was incapacitating him… a hero at his weakest point.  This is going to be an interesting comic.

Detroit is the background.  An African-American hero is the protagonist.  And family is first.  We needed this now! I applaud that if you are a fan of Black Panther, Black Lightning, Spawn or the Falcon as you have another hero to rally behind.  Diversity was so needed in the comic world, and Stealth helps that in leaps and bounds!

None yet in that this is some ground breaking stuff in that a movie is coming along soon after the release of a comic.  It’s a new world when you can see your comics come to life almost immediately upon being released!

I’ve added the first and second issues to my shelf.  An Alzheimer-affliction vigilante…a sympathetic son… and a rogues gallery that has been waiting for a moment to eliminate their enemy.  It sounds awesome! 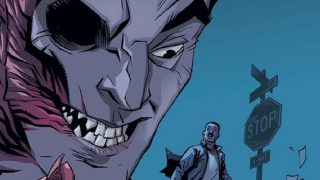