Review: The Question: The Deaths Of Vic Sage #3

Review: THE QUESTION: THE DEATHS OF VIC SAGE #3 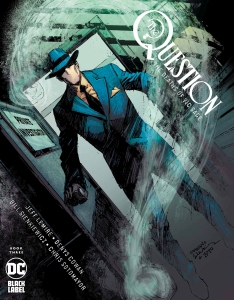 The Question: The Deaths of Vic Sage #3: It’s 1941, and Hub City is on the brink of a world war…and private eye Charlie Sage is on the brink of unraveling an enormous conspiracy! If he could just get that mysterious dame in red to talk-and keep his kneecaps intact, what with that strike-busting muscle coming up behind him-then maybe, just maybe, he can break the terrible cycle that keeps leading him back, through the ages, to his own death…

It is very fitting that an issue of this miniseries came out just a few days after the death of Denny O’Neil. With many of the same characters and the return of Denys Cowan and Bill Sienkiewicz, this title evokes O’Neil’s classic series. So, despite the fact Denny didn’t write it, this issue serves as a tribute to Denny and his iteration of The Question.

In The Question: The Deaths of Vic Sage #3, Vic relives a past life where he is a private investigator in 1940s Hub City. The idea of the modern day Question being the latest in a succession of incarnations of Vic Sage throughout history allows for some interesting reinterpretations. Last issue, we saw an adventure of the Question set in the Wild West. This issue we see Vic as a hard boiled private eye. It would be interesting to see how far back these past lives go. And will they extend into the future? I guess that will depend on how this miniseries ends next issue.

I love that Lemire has added to the Question mythos, while staying true to Denny O’Neil’s interpretation of the character. Lemire has changed little more than a few details about O’Neil’s Question, but has added an entirely new dimension rife with potential stories. In other series like Black Hammer and The Terrifics, Lemire has shown his knowledge and respect for comic history, and this shines through on his approach to The Question.

I can’t praise Denys Cowan and Bill Sienkiewicz enough for their job on the art. They haven’t lost an iota of talent in the years since the the classic series. They do a masterful job of recreating the feel of that series, and maintaining that feel through different time periods.

I haven’t found any problems with either this issue or the series so far. I am loving both Lemire’s writing as well as Cowan and Sienkiewicz’s art. All involved have done a faultless job. 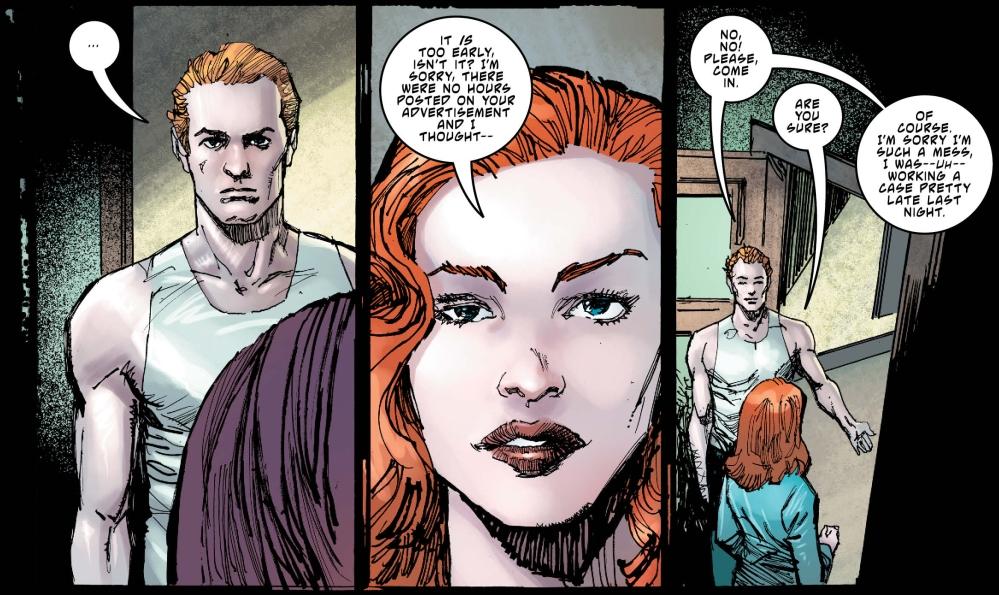 The Question: The Deaths of Vic Sage #3 was a treat to read, especially in the wake of Denny O’Neil’s passing. Thanks to the creators for giving us readers a new story that pays homage to O’Neil’s masterpiece.