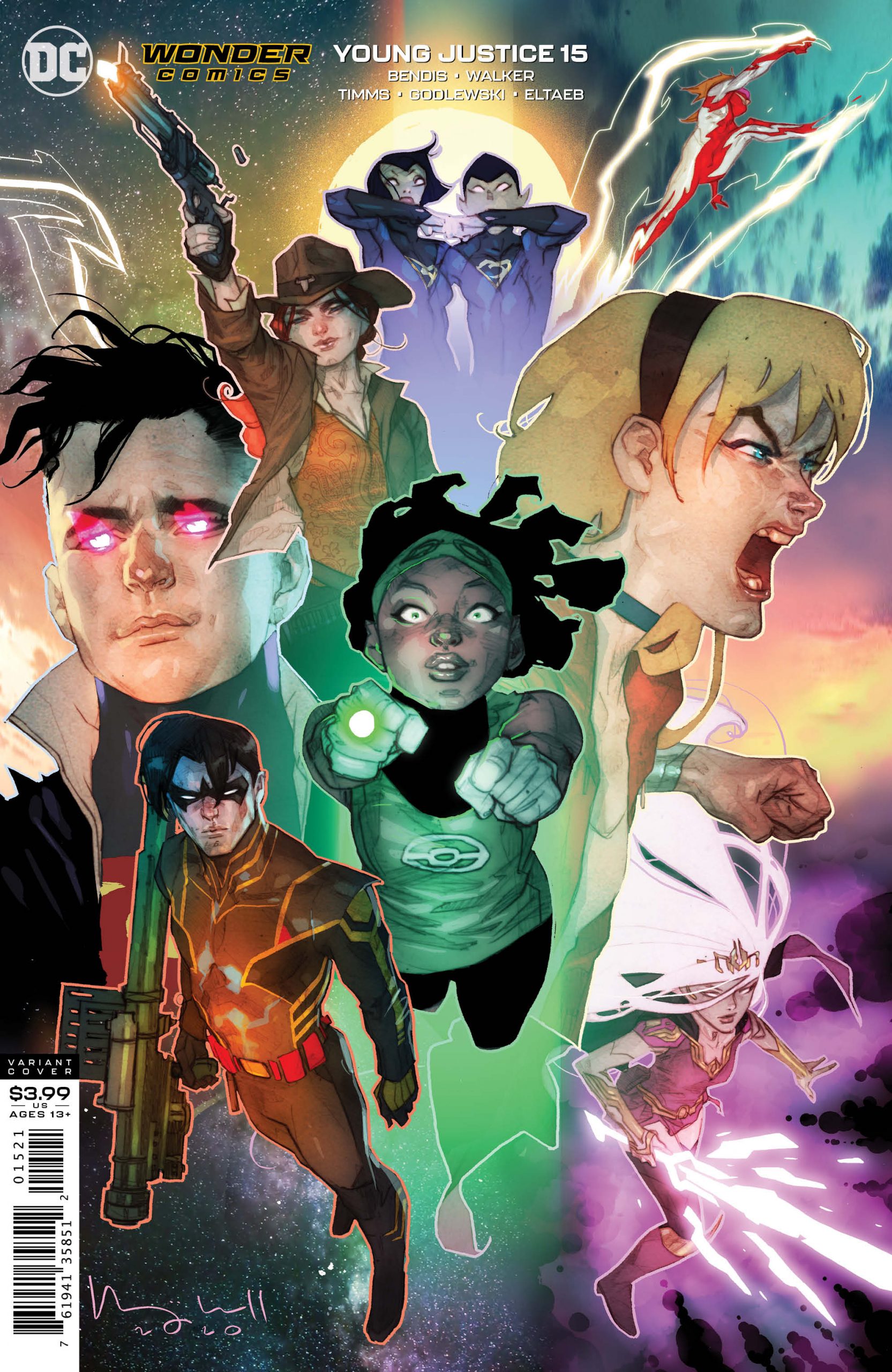 Young Justice versus S.T.A.R. Labs! What happens when a universe reboots right under you? Conner is about to find out! The entire Young Justice team confronts the evil genius behind S.T.A.R. Labs and the truth about Conner Kent. This will bring Conner to the doorstep of his namesake, Clark Kent, to find out more about himself and the DC Universe. Guest-starring Superman in a unique crossover with Action Comics. 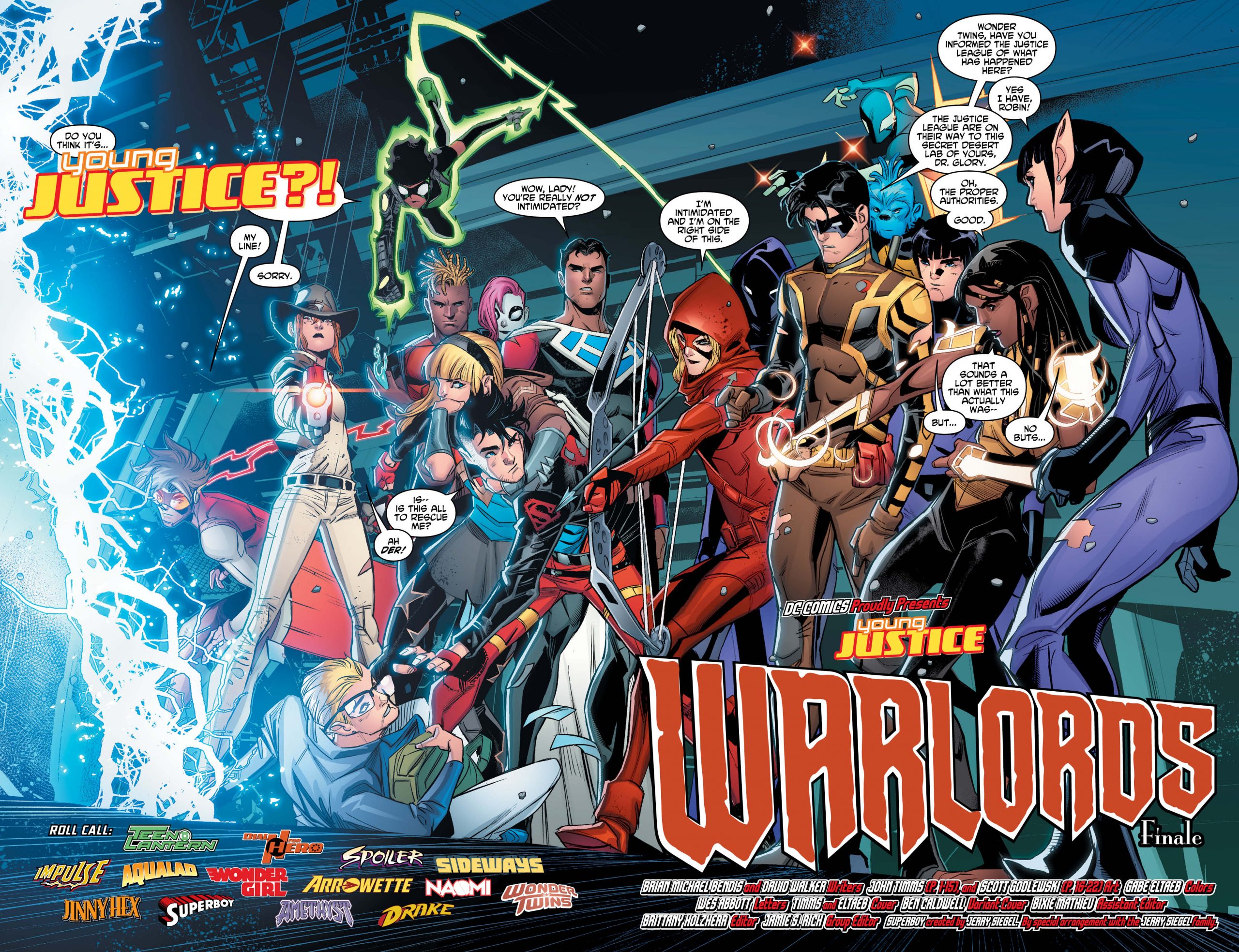 Spoiler and Drake back together! Hip Hip hooray! I recently participated in a twitter thread about favorite comic couples. Tim and Steph are 1A. If you want to see who I picked, follow me on twitter and find out. I don’t like Drake as a name for Tim as he is the smartest member of the Bat family and it seems silly he would name himself after himself, but still, I like his costume.

This issue really does a lot with a little space. The splash pages are fun. They are also a necessity as there are so many people in this book, that often times they are needed for us to see what is going on. The art team does a bang up job handing off between each other. That is a tough row when there are two artists with one book. I think this is solid. The action is fast paced and fun. 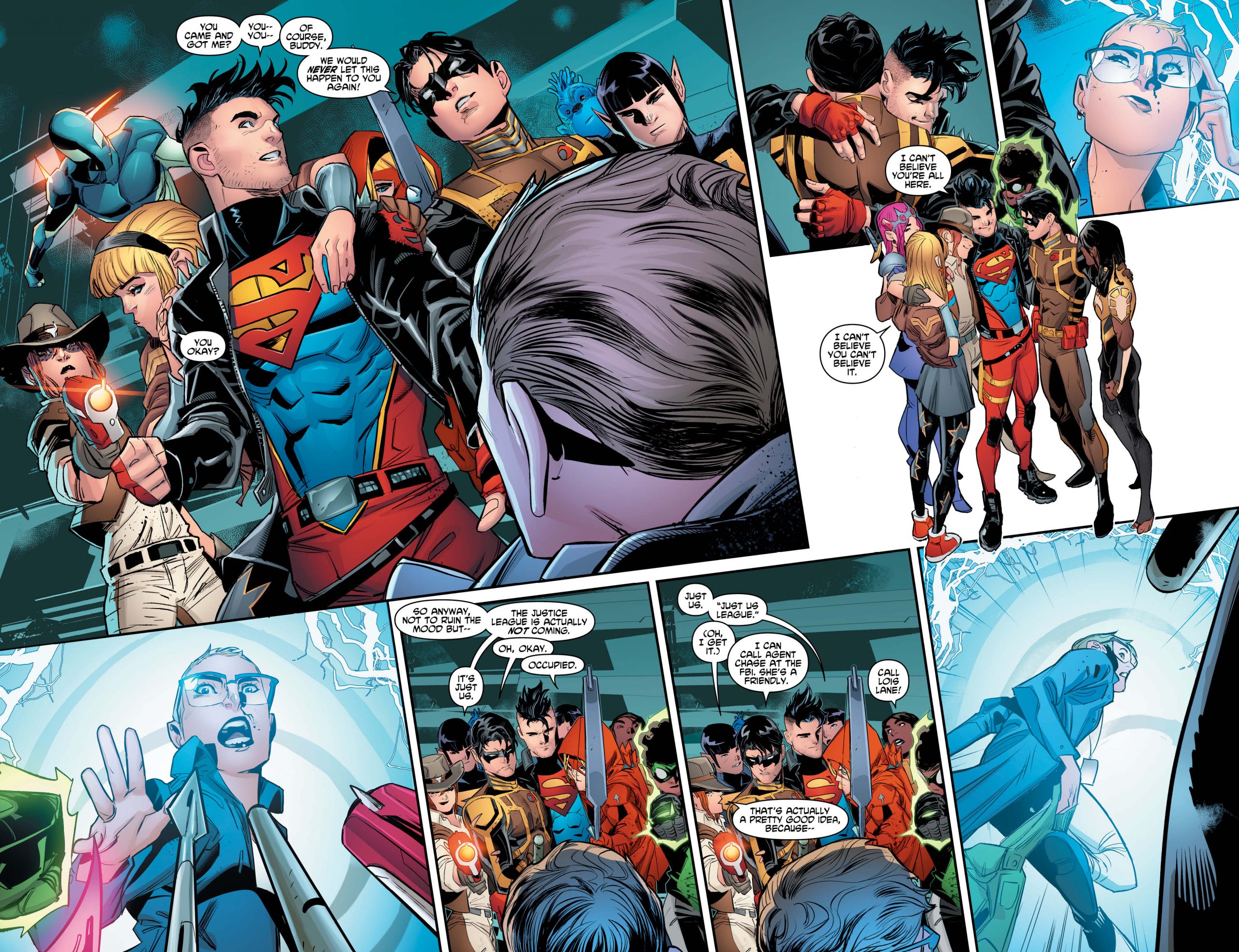 Young Justice #15 is the end of something and obviously the beginning of something big. It took a long time and the pandemic to get us here but here we are. While I was not a super fan of this run, I LOVE that Stephanie and Tim are back together. I love that Wonder comics seems to have a plan going forward so I am keen to see what it is. This is just good, not great, not bad, but good. Issue #16 is going to really determine the future of the series.