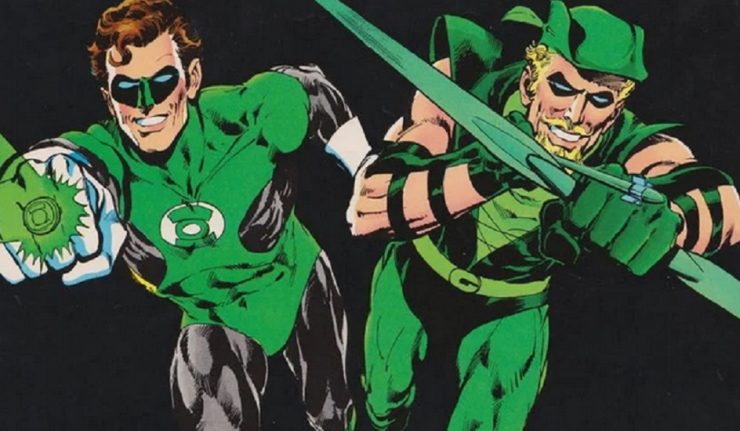 To some, the late, great Denny O’Neil is best known for his amazing Green Lantern/Green Arrow run with Neal Adams, and for good reason. So, as a tribute, DC is now offering a digital copy of his infamous Green Lantern #76 for free to anyone interested.

The issue is free for a limited time on participating retailers including ReadDC.com, Comixology, Amazon Kindle, Barnes and Noble, Google Play, and iBooks, in addition to the DC Universe digital streaming platform. The issue will be available to download for free through Tuesday, June 23.

Originally published in 1970, with art by the legendary Neal Adams, Green Lantern #76 was the first chapter in the duo’s heralded “Hard Traveling Heroes” story arc. The conflict O’Neil created between Hal Jordan’s conservative space cop and Oliver Queen’s liberal protector of the people result in the pair taking a cross-country road trip to discover the “real America.” Along the way, Green Lantern and Green Arrow discover there are some evils that can’t be cured with a power ring or trick arrow, such as racism, poverty and drug abuse.

This landmark story underscores this with not one, but two of the most celebrated and eternally relevant sequences in comic book history. In the first, an elderly African American man confronts Hal Jordan about his ignorance when it comes to protecting people of all races, particularly Black people. In another sequence, Green Arrow laments the passing of Martin Luther King Jr., President Robert Kennedy and the problems facing 70’s America as “a hideous moral cancer,” deserving to be addressed just as much as any cosmic-level threat.

O’Neil’s insightful storytelling and Adams’ unforgettable art in Green Lantern #76 has endured for decades as an example of what many people now are referring to as “woke” culture.