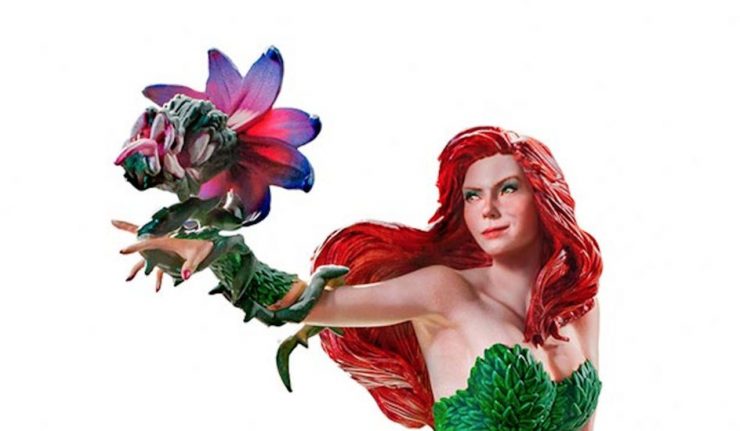 Iron Studios, one of the premiere comic property collectible manufacturers, has announced a new Ivan Reis Poison Ivy statue. The 1/10 scale polystone piece stands close to 8 inches tall, with a price tag of $139.99.

Beautiful and deadly, Dr. Pamela Isley supports herself and displays another of her monstrous botanical creations in the statue “Poison Ivy Art Scale 1/10 – DC Comics by Ivan Reis Series # 5”, another Iron Studios release, in it’s line Art Scale 1/10 DC Comics, also based on the conceptual art of the designer Ivan Reis of Chiaroscuro Studios. Poison Ivy is one of the greatest antagonists in the Batman villain gallery, described as one of the most notorious eco-terrorists in the world. With her classic costume, the red-haired villain who uses plant toxins and pheromones in her crimes to control minds and create mutant plants, stands out on a tree base with realistic almost organic textures. Created by Robert Kanigher, her first appearance was in Batman #181 of 1966, she is 21st on the Comics Buyer’s Guide list of the “100 Most Beautiful Women in Comics”.

Features:
– Limited edition
– Based on concept art by Ivan Reis from DC Comics and Chiaroscuro Studios
– Made in polystone
– Hand painted

You can head over to the Iron Studios site for more images and to preorder Ivy. The product is expected to be available in the second quarter of 2021.