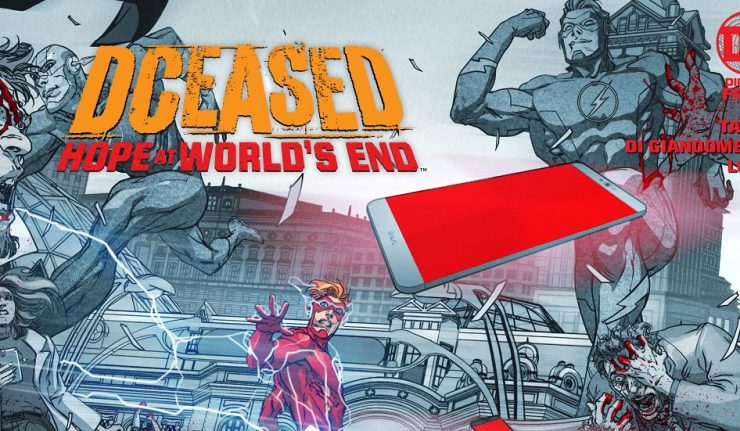 Are you hearing voices Red?  I hope your voices are nicer than mine!” – Harley Quinn

Wally West is the Fastest Man Alive…but will even HE be fast enough to save his city from the Anti-Life plague?! With the help of his fellow Speedsters including Impulse and Jesse Quick he’s going to give it his best shot!

In DCeased: Hope at World’s End #3, we find a Wally West, Impulse, Max Mercury and Jesse Quick running the race of their lives.  Each in their own way destroying screens, cell phones and any other digital device that could spread the Anti-Life Plague.

Tom Taylor is churning out the back stories that both compliment the DCeased series and inform readers of all the heroes that were involved in the main story of DCeased.

I also like that each of his digital issues seem to be highlighting a new artistic contribution.  In this case, it is Carmine Di Giandomenico whose pencils are so sharp!  She captures the world of the “speed force” and the efforts of the heroes so well that you can almost feel the wind off of each turn of the digital page!

The accentuation of Wally and company is color, but the world in a cool blue hue really brings out a different way of showing “speed force” being used!

Taylor captures the tragedy of this tale perfectly.  No matter how fast this team of heroes runs, it seems impossible to out run this Anti-Life virus!  And a story of self sacrifice…. one of our heroes doesn’t make it (surprise…it is DCeased), but to see the joy in their face as they are “outrunning” death.  That’s some strong story telling.  Enjoy the race!

This is a poignant story of love, sacrifice and being a true hero.  Nothing negative about that!

Taylor does some of his best writing in this issue as he is treating this prequel as a character exploration.  Carmine Di Giandomenico  does some of the best work you’ll see in visual story-telling.  I echo what I have always said about Taylor’s work!   I hope this series continues as there are too many great stories within Taylor’s DCeased World! 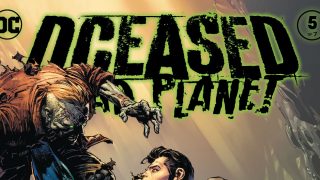