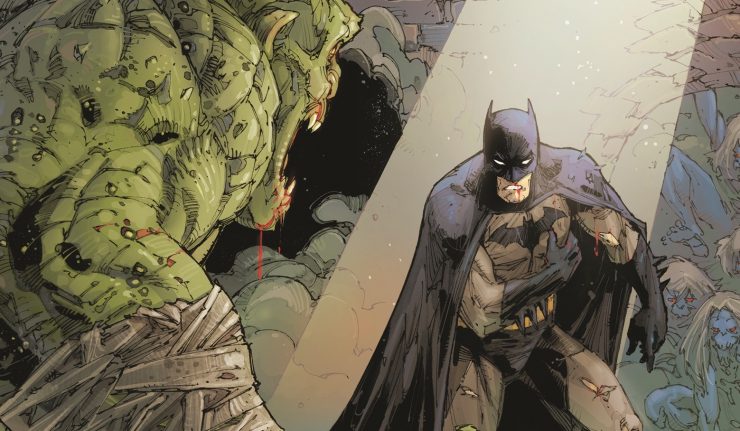 In this “The Joker War” tie-in, Batman finds himself tackling another one of his most dangerous enemies when the Clown Prince of Crime forces him underground and Killer Croc decides to surface! Check out this “First Look” at Detective Comics #1026!

The Joker continues to wage his war on Gotham City in Detective Comics #1026 and everyone is feeling the crunch! Writer Peter J. Tomasi and artist Kenneth Rocafort bring this ingenious installment of this epic confrontation that brings Batman face-to-jaws with one of his most fearsome rogues! The body count continues to rise and in the wake of the Joker unleashing his toxin, the unfortunate residents of the city that survive underground will soon face a very difficult decision! The Batman is going to try to lead them to safety but Killer Croc wants them to fight!