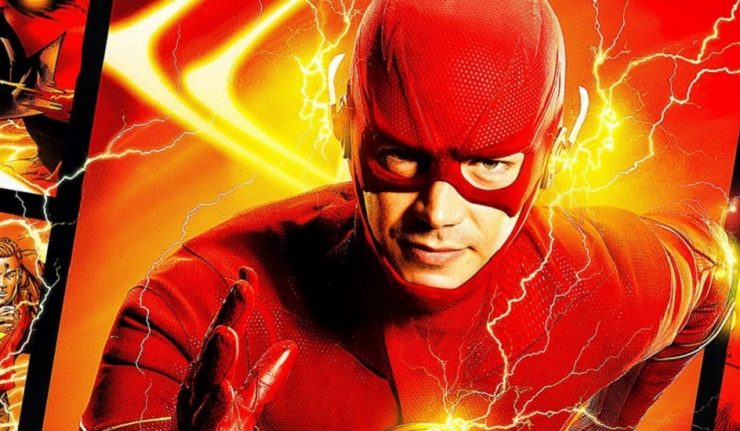 DC’s big fan event, FanDome, dropped a whole lot of content and footage from games, to movies, and even one television series… The Flash. During the panel we got a trailer for the upcoming season 7, slated to air in 2021.

Production on the show’s sixth season ended early in mid-March because of COVID-19. Thus, the season’s 19th episode, “Success Is Assured,” became the season finale. However, the show had already started shooting episode 20 when the shutdown happened, and was about 85% done, according to the showrunner. That footage is now being repurposed for season 7 and is included in the trailer.

Unveiled during The Flash‘s DC FanDome panel with the cast and showrunner, the season 7 teaser reveals the return of season 3’s vertigo-inducing rogue Top (Ashley Rickards), who has an interesting conversation with Cecile (Danielle Nicolet). Elsewhere in the clip, Barry desperately tries to build an artificial Speed Force because Eva is “liberating” people and a super-sonic plane is about to crash into Central City. Iris’ predicament hasn’t improved either because her neural dissonance has worsened and her broken mind is taunting her with the prospect of never escaping the Mirrorverse.

In addition to sharing that fresh footage, Wallace also shared his thoughts on why he wants to use Godspeed as an antagonist in season 7. “I want to make sure new fans — especially young new fans who are reading the comic book right now — are welcomed to the show, so it’s not just Silver Age villains and Bronze Age villains,” said Wallace. “There might be a young girl or a young boy who is reading those Flash comics right now and going, ‘Where’s my villain? My generation’s villain.”