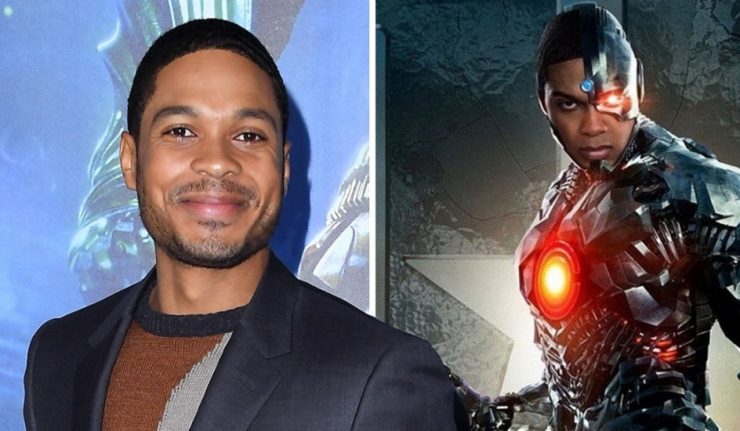 Over the past two months, Ray Fisher has been at the center of a growing story concerning the Justice League reshoots and the poor behavior that occurred behind the scenes. It began when Fisher accused Justice League reshoots director Joss Whedon of acting unprofessional on set, even to the point of calling Whedon “abusive.” Fisher has also implicated Geoff Johns and Jon Berg in his accusations, and in July, he went so far as to say Whedon should be scared of his account of Justice League‘s reshoots.

Things have escalated remarkably quickly over the past few days, starting with Fisher claiming current DC Films president Walter Hamada attempted to get him to hold back on including Johns, who currently has a hand in several DC projects, in his accusations. A day later, Warner Bros. issued a statement insisting Fisher has yet to cooperate with the investigation into the Justice League reshoots. Fisher didn’t take long to fire back, providing evidence that he did in fact speak to the investigator, but refrained from saying too much because he felt the investigator wouldn’t be impartial.Fisher has since expanded on his thoughts on the matter in a new Instagram Live video, where he also detailed more about Johns’ behavior. Five minutes into the video, Fisher explains how, when Hamada expressed doubt about Johns’ abusive behavior, Fisher pointed out that Hamada was not present when Johns “made the veiled threat to my career.” Fisher goes on to say that in 2018, Johns contacted him “using backchannel communications to gloat that there’d be another Cyborg being used in the DC universe in a show that he was producing.” The show he is referring to is the DC Universe series Doom Patrol, which features another Cyborg played by Jovian Wade. You can see Fisher’s full video down below.

*correction: I mentioned quotation marks when referring to a previous tweet—I meant parentheses.

For his part, Johns has not spoken out about Fisher’s accusations. As Fisher shared in the video, he intends to continue pursuing this investigation and won’t be satisfied until he speaks to someone from Warner Media, not Warner Bros. Pictures. The only statement the studio has released was the one accusing Fisher of not cooperating, so it remains to be seen how they will respond to this new counterpoint from Fisher.

Nevertheless, it’s clear Fisher will not remain silent on the subject, even if it could end up impacting his DCEU future with the upcoming Flash movie or even a solo Cyborg project. While it’s hard from an outsider’s perspective to say exactly what’s going on, Warner Bros.’ actions do feel suspicious, especially since Fisher says he has real evidence of what he’s trying to prove. When it comes to Johns, if Fisher’s claims are true, then Warner Bros. needs to stop defending him and should instead find a positive way forward without this kind of behavior getting in the way.