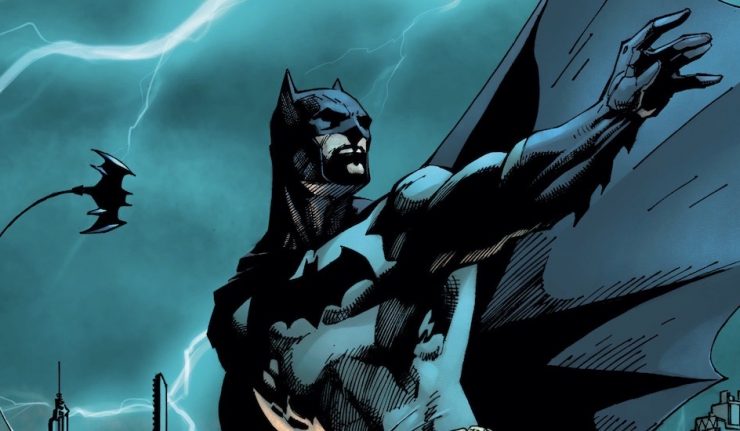 Death In The Family is one of the most iconic Batman stories of all time. Now audiences can experience the story again thanks to a new animated interactive movie soon to be released.

“I think it was Bruce Timm who said, ‘You know, one of the most famous interactive audience choice moments was around the death of Robin in the Death in the Family stories. That’s where they looped me in,” explained Brandon Vietti, during a panel for the upcoming release during DC’s FanDome event. Vietti, who directed 2010’s animated feature Batman: Under the Red Hood, also wrote, directed, and produced the film

Vietti, who is a sucker for  interesting story structures, felt that this interactive “branch storytelling” method would be a great way to recreate that same thrill of the 1988 comic, while also giving viewers even more choices as they watch through.

“It won’t play like a video game,” stated Vietti regarding the experience. “There’s one big branch that’s 20 minutes. There are several others that are seven minutes long. There’s one that’s 30 seconds.”

Vietti isn’t the only familiar name returning for this project; also back in the recording studio are John DiMaggio as the Joker and Vincent Martella as Jason Todd, who also voiced the character he’d played in Under the Hood.

“Getting a chance to not just revisit this character, but going to different places with Jason Todd … I had a great time revisiting him,” “Every decision that you make can really impact where this character is going to go.”

He added, “I think people are going to like the places where Jason Todd is going to go. It’s very exciting and unexpected in a lot of ways.”

Death in the Family well also allow Vietti the chance not just to add in new characters, but also to expand or revisit characters from The Red Hood

“You’ll see some that were in the original Under the Red Hood movie but just didn’t have a big role,” teased Vienetti. “One of the characters I was pretty excited about bringing in is Talia al Ghul. I wanted to give her a little more importance in the story. [We] also brought in Two-Face, who actually does have a pretty important role in Jason Todd’s backstory.”

But while Vietti wasn’t able to tease any of the storylines that fans might be able to expect in the upcoming release, he did touch on some of the themes he wanted to draw on.

“One of the things I loved about Judd’s story in Under the Red Hood, and also I think it’s one of the things that’s evolved in Batman stories in general over the years, is themes of fatherhood and themes of family,” said Vietti about Judd Winick’s writing for the film, and Bruce Wayne’s propensity for adopting “BatKids,” as fans have come to call them. “The list has really gone on and on over the years. There are themes of family there, and in Under the Red Hood, it really strikes home in such a heartfelt and tragic way.

Adds Vietti of his goal while writing: “Every branch has that theme of fatherhood and family at the core of it.”

DiMaggio brought up a different theme. “It’s interesting how revenge plays in this all through these stories. It’s compelling.”

“There’s lots of revenge in different ways, and what that means to a lot of these characters, and what redemption means to a lot of these characters,” said the actor. “That was something I was focusing on in all these different storylines. Just things that you experience as a young adult and how that shapes you to now live in the world that you live in.”

For Vietti, some of the things that place within the story — especially to Todd — really struck him as “horror material,” “I was trying to make a bit of a horror movie. It’s not really superhero material.”

But if given the choice to vote in 1988, where would Martella, DiMaggio, and Vietti fall on the issue of letting Todd live? Well, all three said they’d pick to let him live, though Vietti has some hesitations.

Added Martella: “You see that in this film. There are consequences to him living through that.”

Batman: Death in the Family arrives on Blu-ray and Digital Tuesday, Oct. 13.