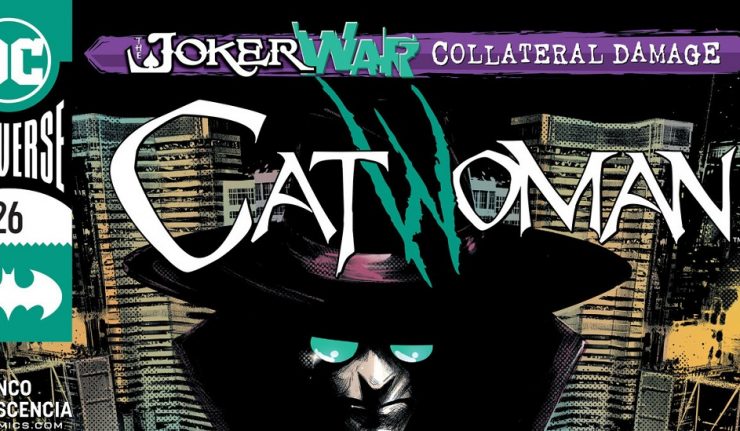 “It’s time to wake up…to remind everyone of who the Catwoman really is!” – Catwoman.

Catwoman #26 – In the aftermath of “The Joker War,” Selina Kyle has taken up residence in Alleytown. But when she finds that her old stomping grounds have been taken over by drug-running mobsters, she hatches a plan to take the town back!
However, unbeknownst to her, she is being tracked by a terrifying new foe: a hit man in priest’s clothing known only as Father Valley, who carries a bag of Bibles around as trophies from each of his victims.
Will she be able to loosen the mafia’s stranglehold on her, new hometown or become another victim to Father Valley’s sacred oath?

Order is restored a bit as Selina returns to Gotham with a price on her head due to her role in returning Bruce’s cash back to him or rather to Lucius Fox.

That being said, the Penguin is none to happy about this chain of events and a haunting new bounty killer enters into the fray – Father Valley!  Fernando Blanco draws this killer for hire in a scary way.  The colors, the oily hair, the hat…he’s a Stephen King type character if there ever was one.

Ram V is true to form as he has provided a new enemy to add to Catwoman’s Rogues Gallery as well as given her a purpose.  We know that Selina has told Bruce that he as one year to get his purpose back and that they will reconvene to update their relationship status.

Ram V is an excellent writer for Selina’s character as he provides layers of commitment for her, but also the constant tugging of her to enter into the

This comic has hit its stride with Ram V at the helm.  He doesn’t rely on machinery or gimmicks for is heroine/villain.  He’s made her sensitive and cunning and strong but in search for her former self.  There’s not only nine lives to this character – there’s several layers to this onion.

Blanco’s depictions of Selina – you can almost hear Michelle Pfeiffer’s costume homages squeaking as she walks.  But he takes it further with bluish brunette hair and athletic poses.

None to speak of as Ram V is in concert with all that is occurring in the aftermath of the Joker War.  Selina’s edict to Bruce that she is giving him a year to get everything in order in his city buys us all 12 more issues of escapades of Catwoman building her crew and staking her own claims.

I love the intertwined comic story that DC paints between all the Batfamily has been awesome this year.  Catwoman doesn’t disappoint either.  This book has come from being pages upon pages of silent art and no pop in the script to Ram V taking it to the level it needs to be!  Kudos to a new villain.  He’s a bad man! 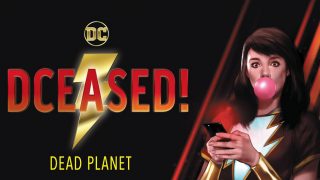