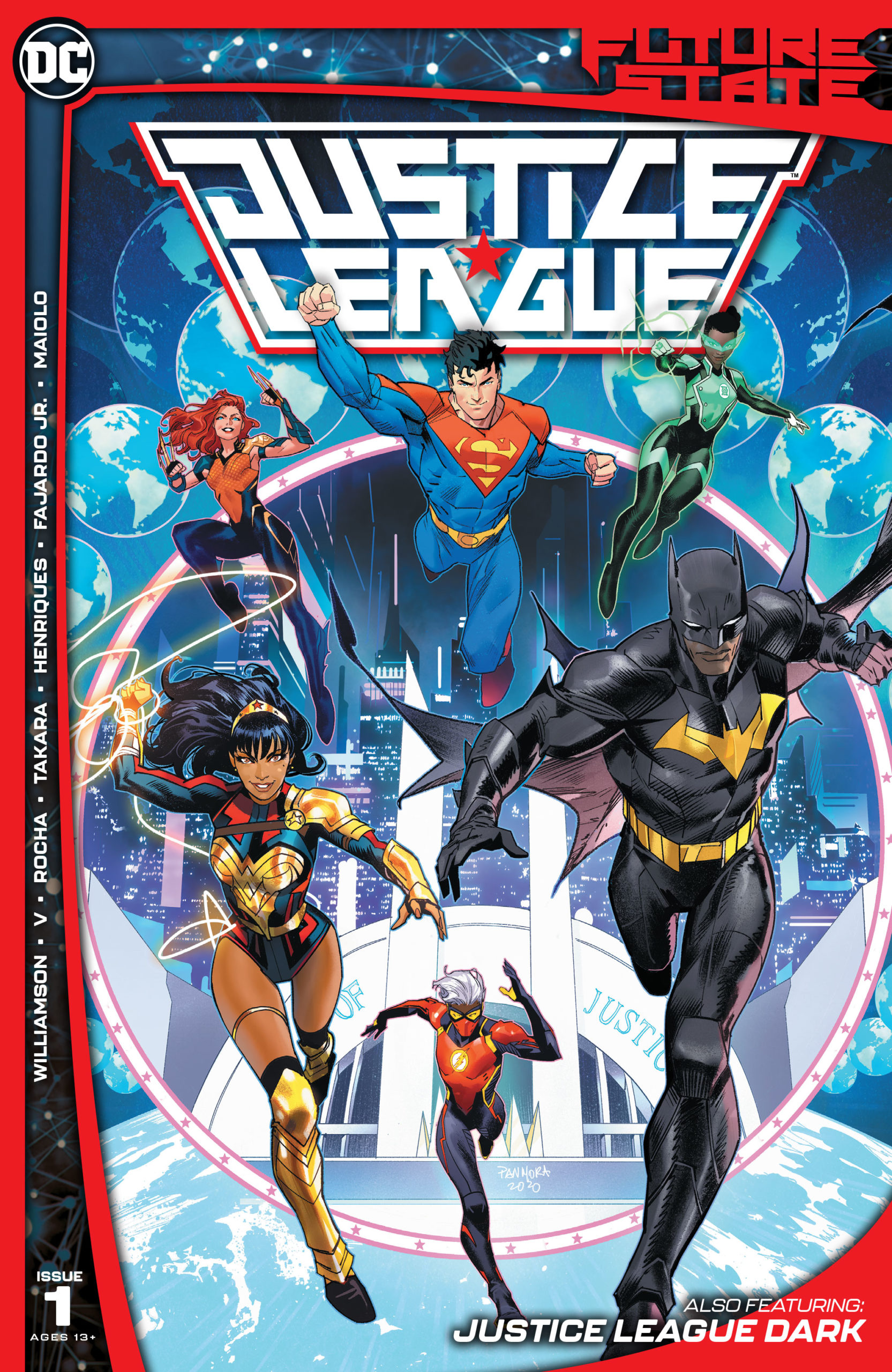 In FUTURE STATE: JUSTICE LEAGUE #1, witness the start of a new era for the Justice League starring Jonathan Kent as Superman, Yara Flor as Wonder Woman, Jo Mullein as Green Lantern, Andy Curry as Aquawoman, a new Flash—Jess Chambers—from the Multiverse, and [REDACTED] as Batman! Together, they protect the future, yet apart, their identities are secret even from one another—but why? When their greatest adversaries wind up murdered in an abandoned Hall of Justice, all clues point to…the Justice League! The new team’s adventures begin here! 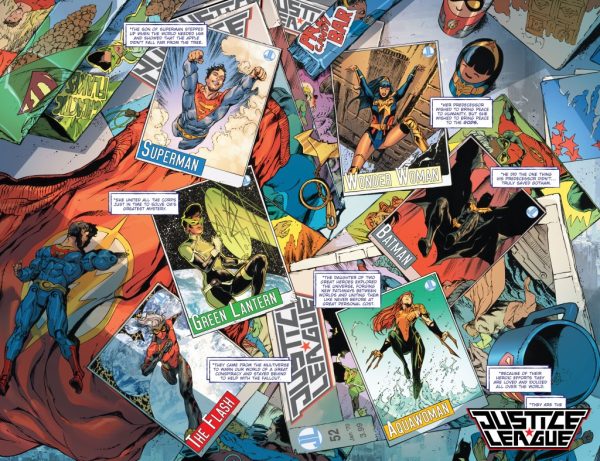 Future State: Justice League #1 is beautiful. Both the main story and the back story are drawn and colored to perfection. I have found that all of the Future State titles have been gorgeous and this book is no exception. I think the color work done in the Dark half of this book is exceptional. Marcelo Maiolo drops the mic.

That is not to say that the main story is not perfection as well. That splash page included after the summary up there is a great example of visual story telling done to perfection. Team books are hard because the artists have to make sure each character looks the way s/he/they (in the case of The Flash) are “supposed” to look according to all the rabid fanboys/girls/non-binary out there. Of course, these are new versions of old heroes and Rorson Rocha and Daniel Wenriques make the unfamiliar totally familiar. It is beautifully done. 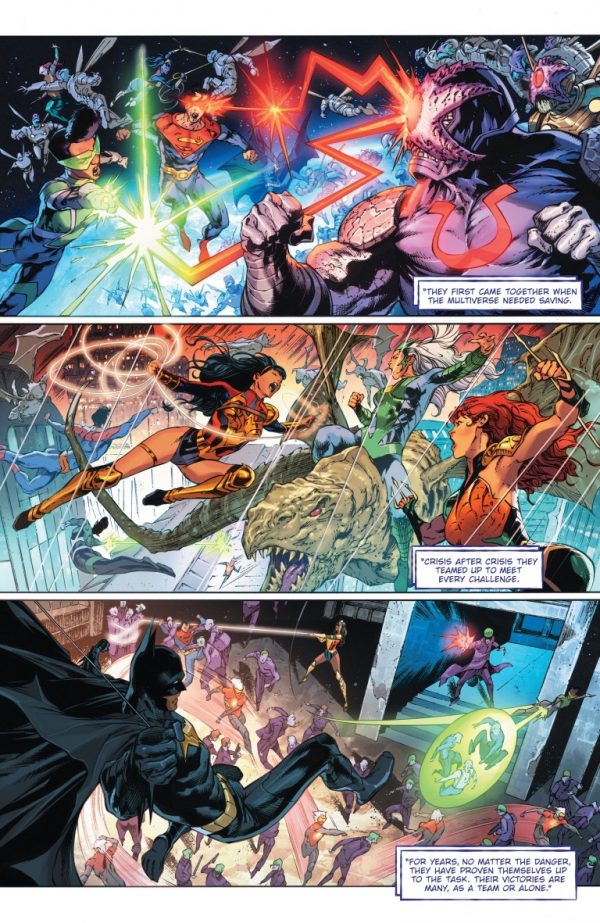 Future State: Justice League #1 is riddled with a ton of explanations. I mean, a ton. Then, it chooses NOT to explain other things. Wait?! What? Please pick a lane. Either explain it all or don’t. I am not upset about the actual stories themselves. The Dark story is pretty cool. I am not a huge Detective Chimp fan (I know, I know, come at me), but it is good stuff. The problem is, as is the problem in the front story, that there are too many things said aloud that would not be said aloud. I am just a grouch about this. Trust the reader or give us some backstory, but don’t have characters say things to each other they would never say.

Future State: Justice League #1 is a bit uneven. The art is stellar in both stories and the writing is very good. I mean, look who is doing the writing. The problem is there is a TON of explaining to do and that just wears the reader down a bit. The idea behind Future State is solid, but there is just a ton of exposition required. I would actually prefer not to have that. Just drop us in. Future State is in the title. We get it.