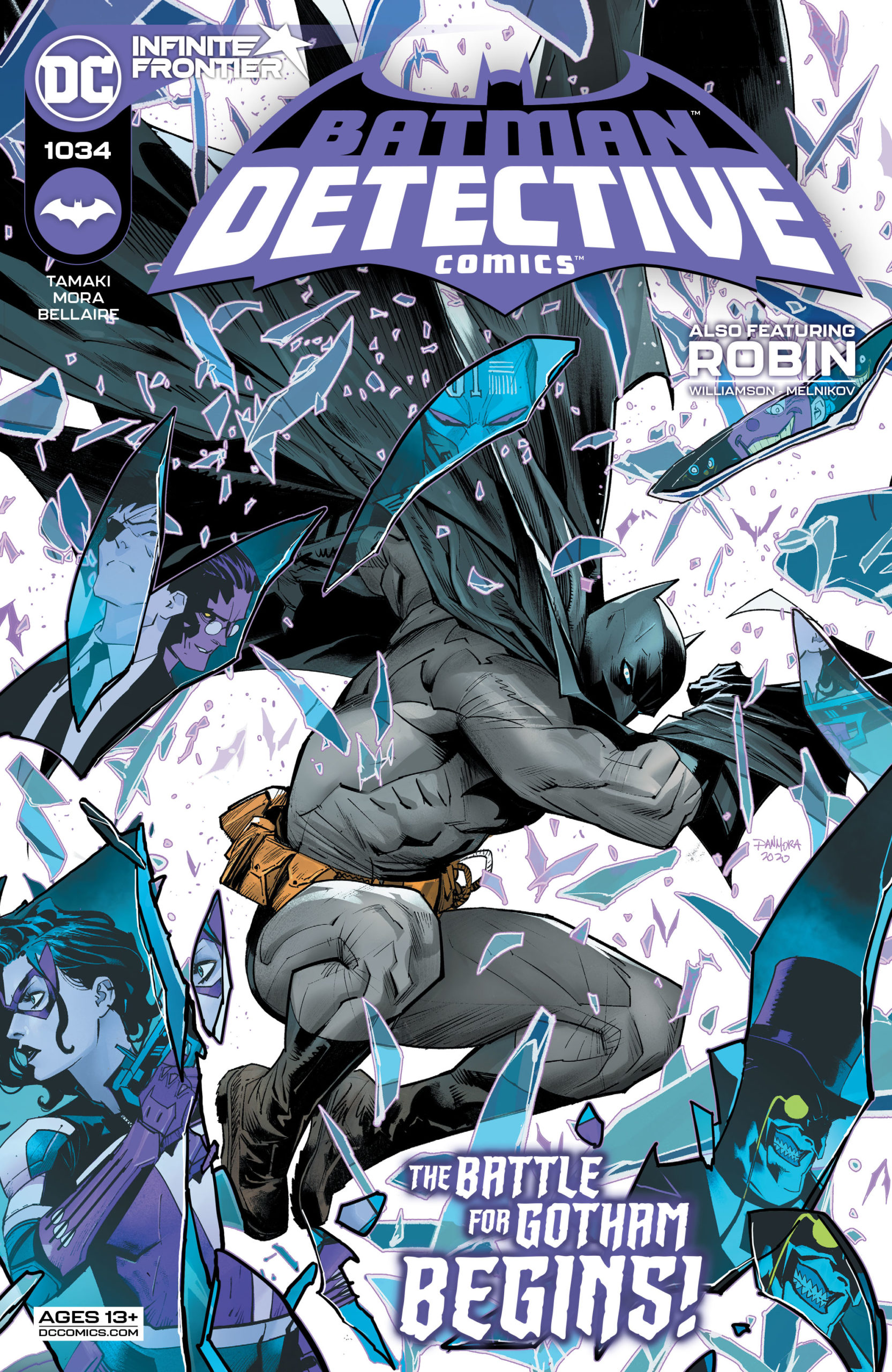 Bruce faces his brave new world head on as he meets his neighbors only to find that there’s more to them that meets the eye.  Plus, a BIG surprise at the end of the Robin feature!

Detective Comics #1034, despite having to follow the “Bruce has lost his money” storyline flows beautifully from the previous issue.  While Peter J. Tomasi will be missed on this title, Mariko Tamaki picks up on the plotlines that Tomasi had begun.  One curious thing stands out right away that Tamaki is saving for later as it doesn’t show up again in the issue- the Huntress (Helena Bertinelli) is shown on the cover and the first page.  It’s a fun tease for fans of the character and suggests that the Birds of Prey might be involved at some point.  It’s a mystery as to why we don’t see her again, or why she isn’t involved in disrupting the attack on the Mayor’s fundraiser that Bruce stops, but a GOOD mystery at this point. 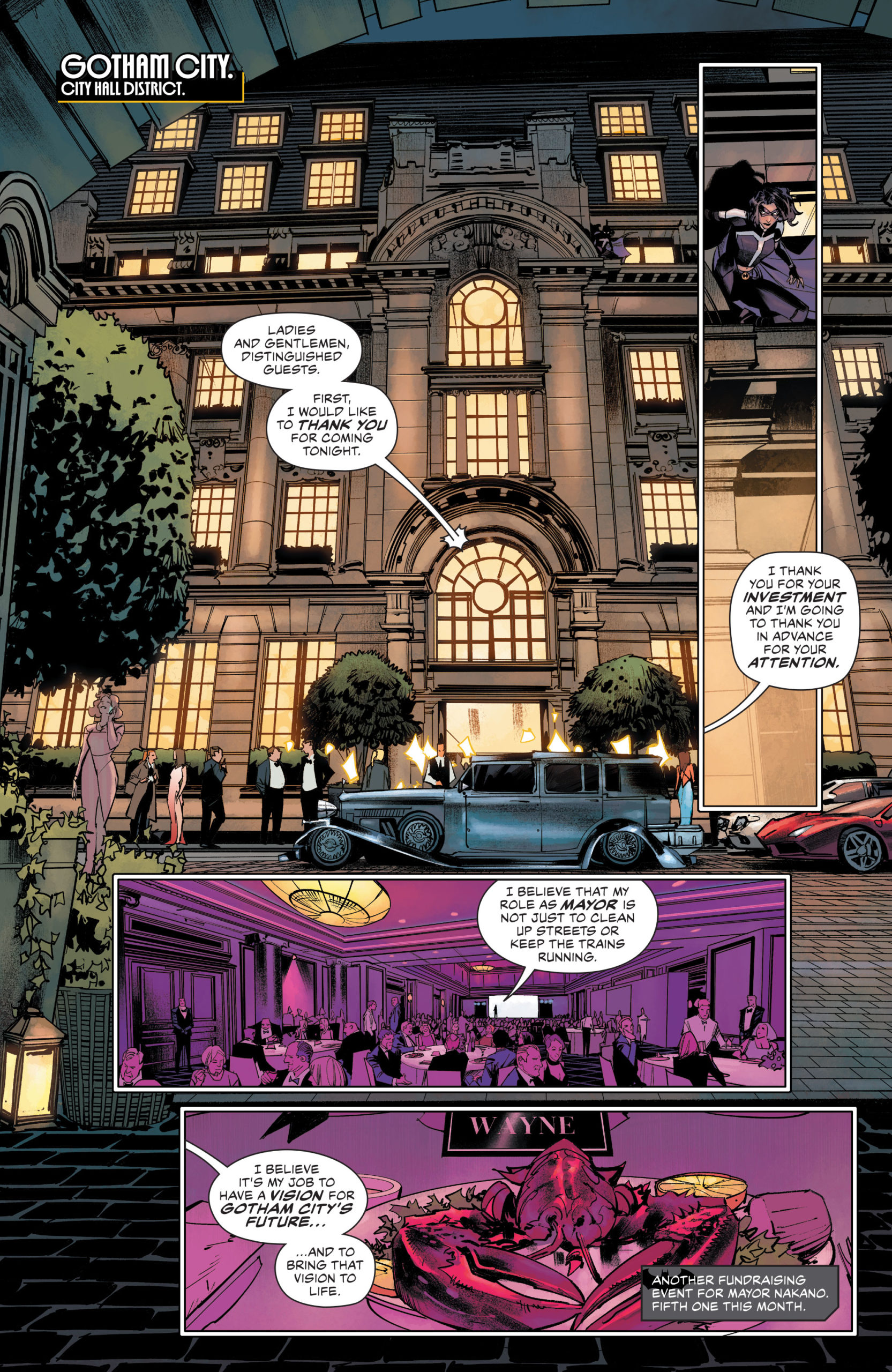 A good portion of the issue is Bruce meeting his new neighbors in Fort Graye- the Gotham neighborhood into which he’s had to move.  Tamaki introduces a lot of characters at a dinner party and we get to meet them all through Bruce’s eyes as we are allowed to get his initial assessments.  By the end of the issue it’s clear these will not be only “Gladys Kravitz” types who threaten Bruce’s identity, but there is a mystery here as well.  One of the neighbors is attacked and kidnapped, and Bruce will be getting to the bottom of of it with the sense that there’s something bigger going on than a random attack.

Tamaki does a good job depicting the resourcefulness of Bruce Wayne as she shows how he’s got to build his own nouveau Batcaves throughout the city.  It’s one of those logistics things that could’ve been done in a couple panels of narration, but seeing Bruce put in a little back breaking work and hear his thoughts are nice character moments.  It’s small but important. 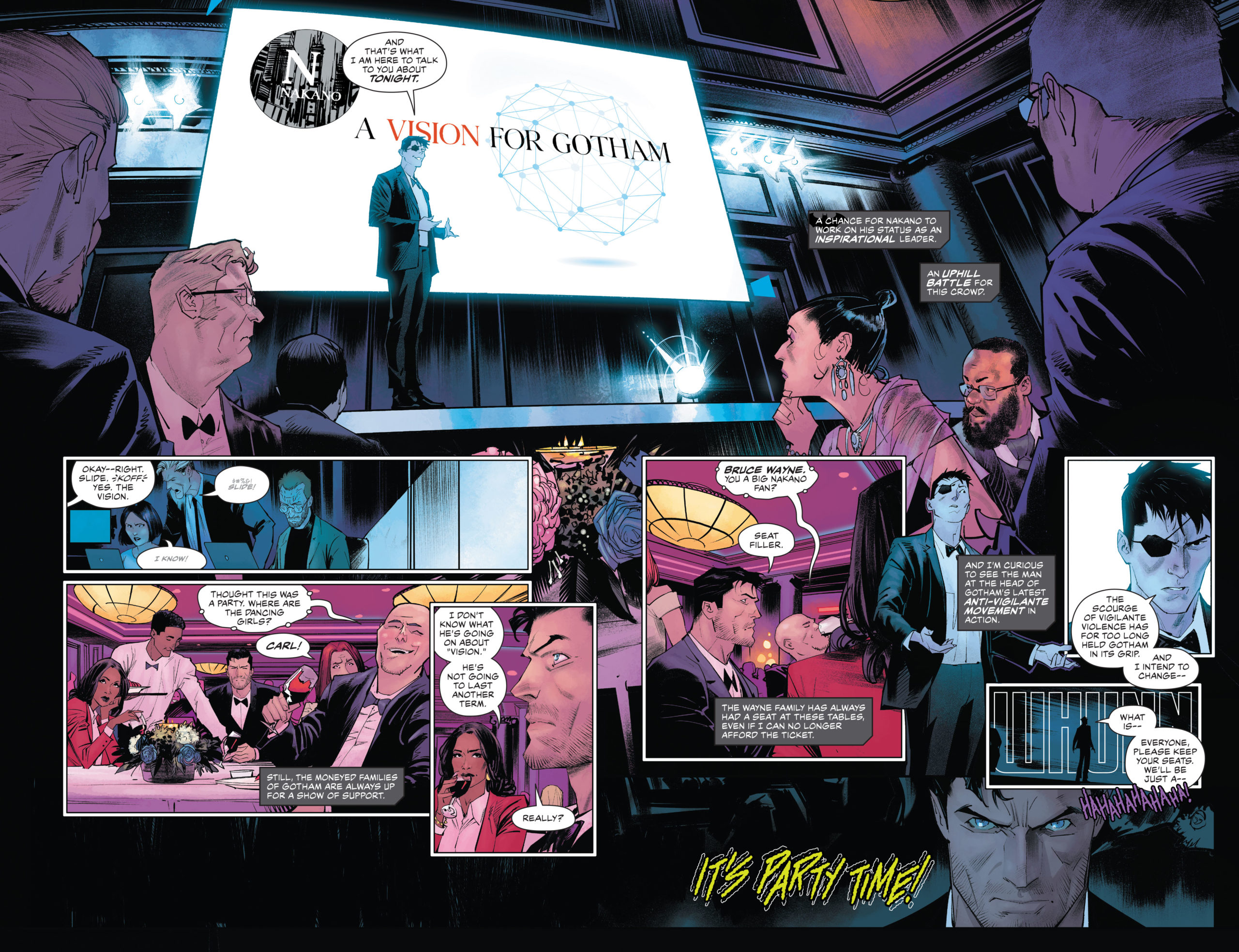 Dan Mora’s art evokes a bit of Bilquis Evely who worked on some of the issues at the end of last year, especially in the faces.  His Batman is a bit chunkier though which is reminiscent of Brad Walker who did many issues in Tomasi Bat-run.  This makes the art feel familiar and appears to be something that will be enjoyable in this run 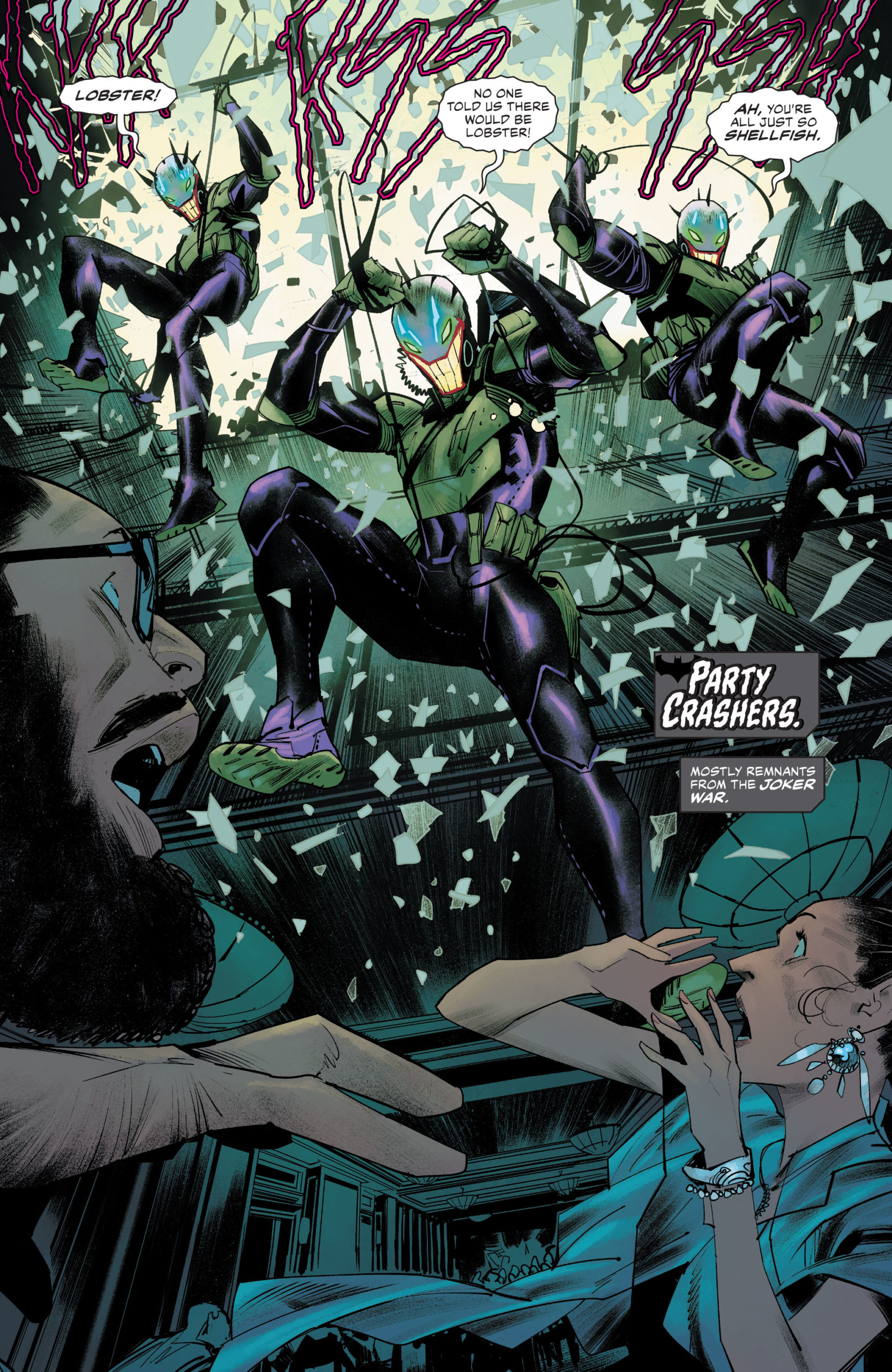 The Robin backup at the end of the issue is a bit light on story and it’s mainly a set up for the forthcoming Robin #1, but the last page has a reveal that will make a lot of fans happy as we get the return of a DC legacy character who hasn’t been seen since before “The New 52.”  No spoilers on this!

No real negatives as this title keeps humming along! 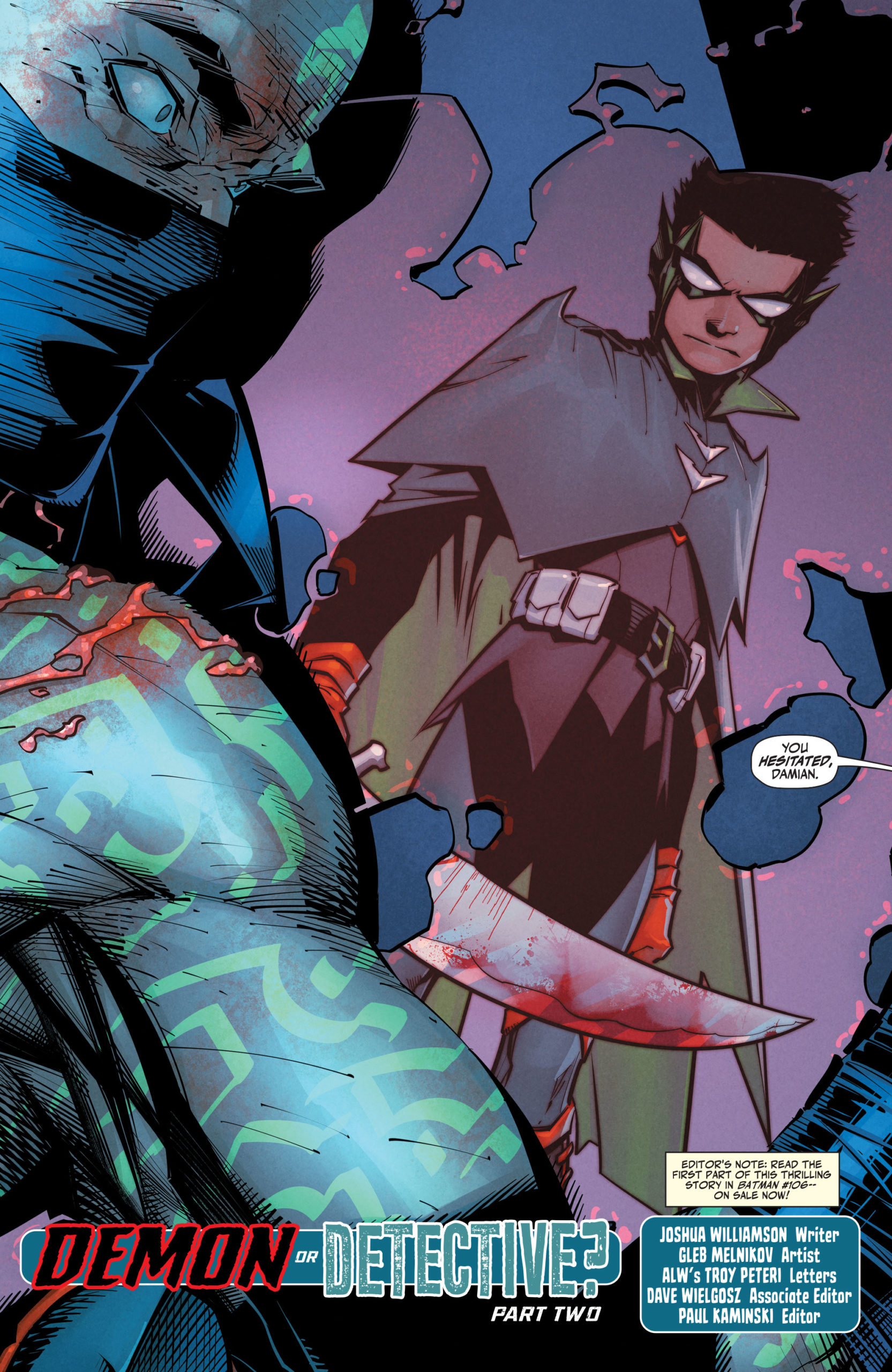 Despite the creative team change since last issue,  Detective Comics continues to be a great Bat-book!  Mariko Tamaki and Dan Mora don’t disappoint on their debut in Detective Comics #1034, and there’s a lot to get readers excited about what comes next for the Dark Knight in the pages of Detective Comics!