Forbidden Planet, the world’s largest comics/entertainment store chain has teamed up with DC Comics to present an exclusive Batman: The Detective #1 comic book cover featuring the Liver Building – the most recognisable landmark in the city of Liverpool, UK – to tie in with its Forbidden Planet Liverpool store reopening after lockdown.

The inspiration for this exclusive cover came from the Liver Building’s appearance in the upcoming Batman movie starring Robert Pattinson and Colin Farrell.

Drawn by superstar British artist Brian Bolland – the artist of one of the most famous Batman comic books of all time: The Killing Joke, written by Alan Moore – these special covers will be a huge part of Forbidden Planet’s reopening celebrations in Liverpool from April 12.

There is a Harley Quinn variant, a Punchline variant, and a Catwoman variant (which is only available if you buy the full set). 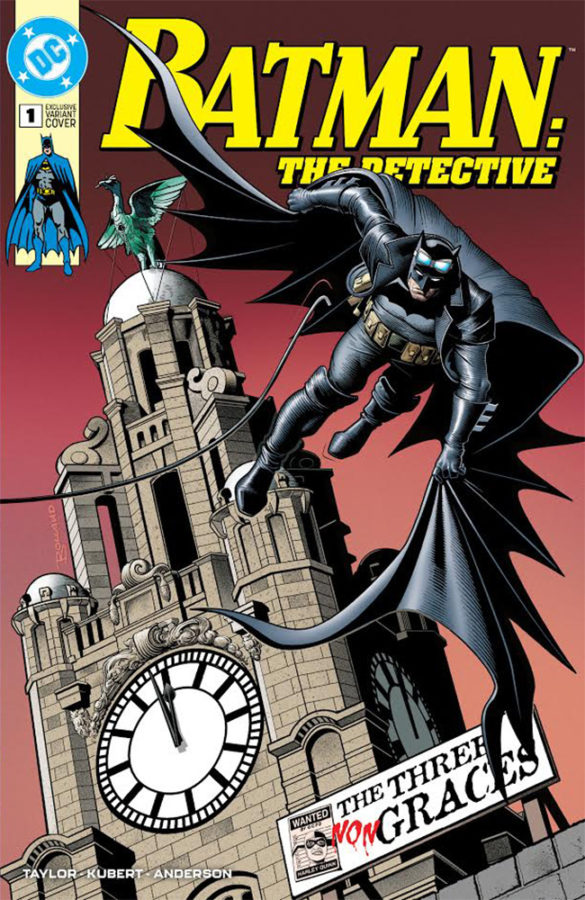 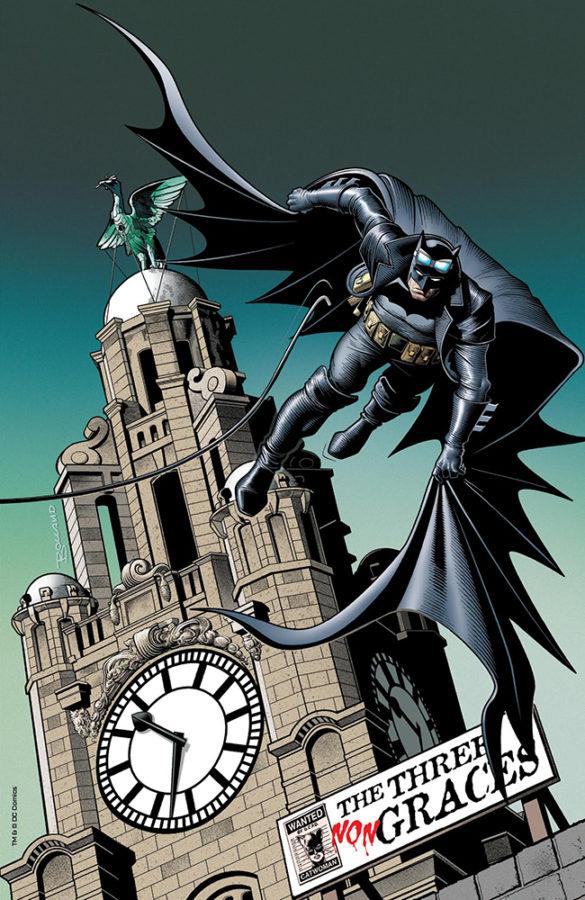 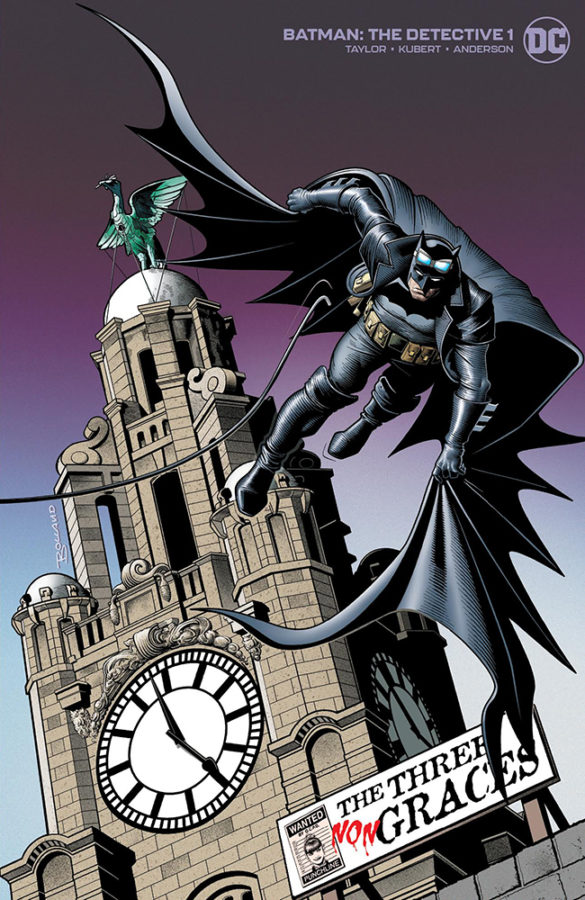 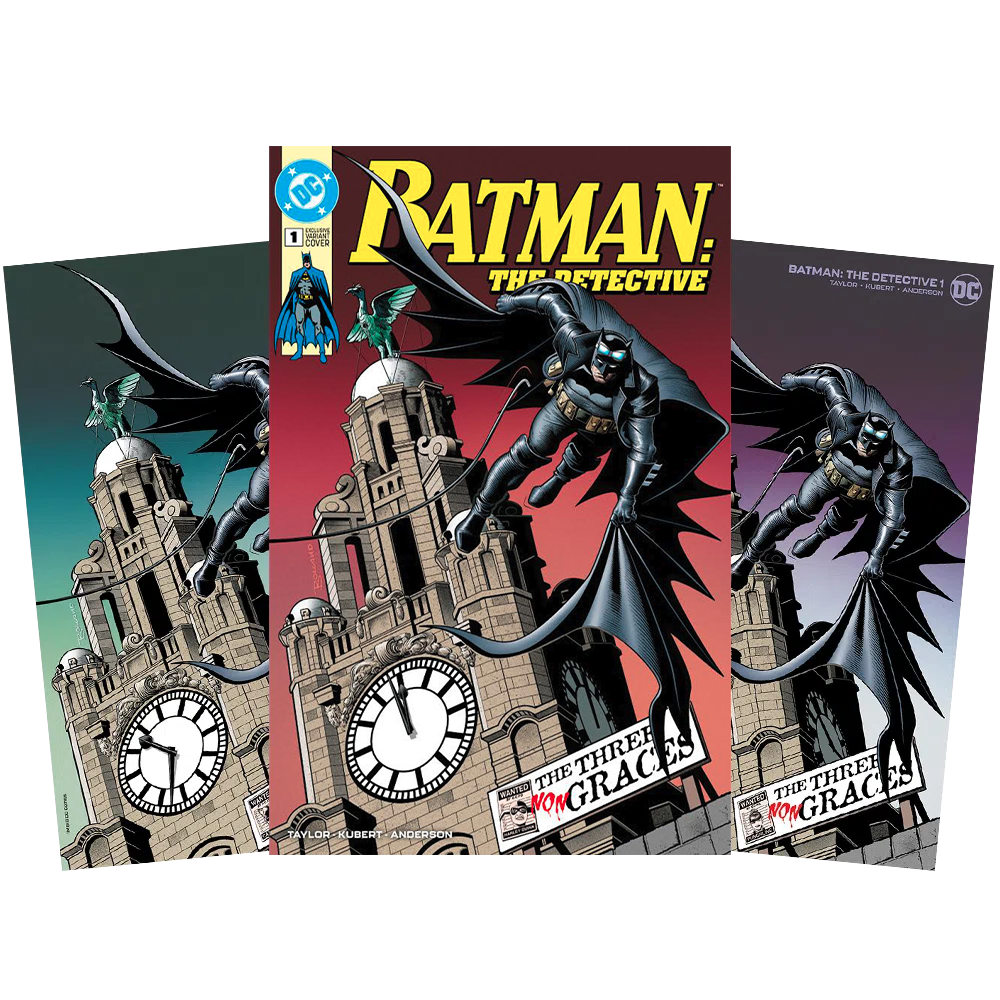 Batman: The Detective is an epic tale that takes Batman on a harrowing, action-packed European adventure in a new miniseries by superstar creators Tom Taylor and Andy Kubert! A horrific tragedy in the United Kingdom sends a very personal and deadly message to the Dark Knight – one that will draw Batman out of Gotham City to investigate! From the moment he lands in Europe, Batman will face a difficult investigation and unheard-of adversaries – all part of the hunt for the villain known as Equilibrium!

You can also get signed copies of the Harley Quinn variant, the Punchline variant, or the full set!