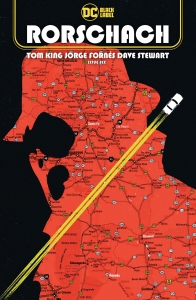 Rorschach #6: Common tragedies can bind two people together, sometimes in all the wrong ways. The investigation into a famous comic book creator’s relationship with a deranged young girl takes the detective to places he never wanted to go. Witness how a woman raised to fear the squid invasion and distrust facts seeks a man whose creations embody strength, justice, and truth, and compels him to trade his paper heroes for flesh and blood.

While Myerson is mostly known for his pirate comic Pontius Pirate, Laura was a fan of Myerson’s lesser known superhero comic, The Citizen. I quite like that The Citizen is visually identical to The Question, considering that Alan Moore based the character of Rorschach on that character. This also raises the question of whether Myerson is meant to be the Watchmen Universe’s analogue of The Question’s creator, Steve Ditko.

The letters between Wil and Laura show that both are disturbed individuals. But, in an odd way, their correspondence seems somewhat therapeutic for them. Through these letters, we see a co-dependence developing between them. This eventually leads Laura to Wil’s door. 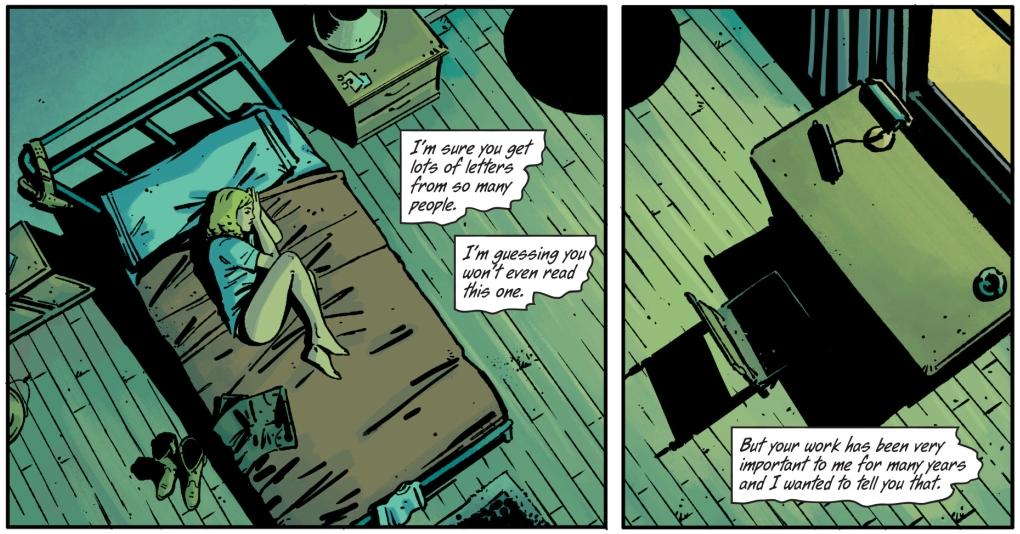 While Laura knocks on Wil’s door in the past, we also see the nameless detective knocking on the door of the the person who sent him their letters. But on the other side of the door, we see Rorschach – or someone dressed as him. This really has me wondering. Is it yet another person donning Rorschach’s mask, or is it somehow Myerson or even Walter Kovacs back from the dead? I don’t know who it is, but I can’t wait to find out.

I like how King tied the Kitty Genovese story into Myerson’s backstory. In the original Watchmen story, Rorschach describes this same incident. In Rorschach #6, we learn that Myerson’s father was one of the people who saw it from their apartment window. While Wil didn’t see anything, he still heard some of Kitty Genovese’s screams. And he’s still haunted by his inability to help her.

And what’s going on with the tape that the detective listens to on his way to meet Rorschach? It appears to be a séance attended by Myerson and real life comic creators Frank Miller and Otto Binder. Weirder still is that Myerson was trying to contact the spirit of Jack Cole, the creator of Plastic Man? I don’t know what the significance of any of this is, but it’s utterly fascinating.

I also have to give a shout out to the fantastic art of Jorge Fornes. He really does a striking job of capturing this world that’s an odd mix of the 70s and the modern day. And Dave Stewarts’ colours perfectly complement Fornes’ artwork and helps create the perfect tone for the story.

It’s hard to spot any logical flaws in a mystery when many of the pieces haven’t been put together yet. It’s hard to see how King can bring it all together, but I have faith that he can do so. But I will have to reserve judgement until the final chapter brings it all together. 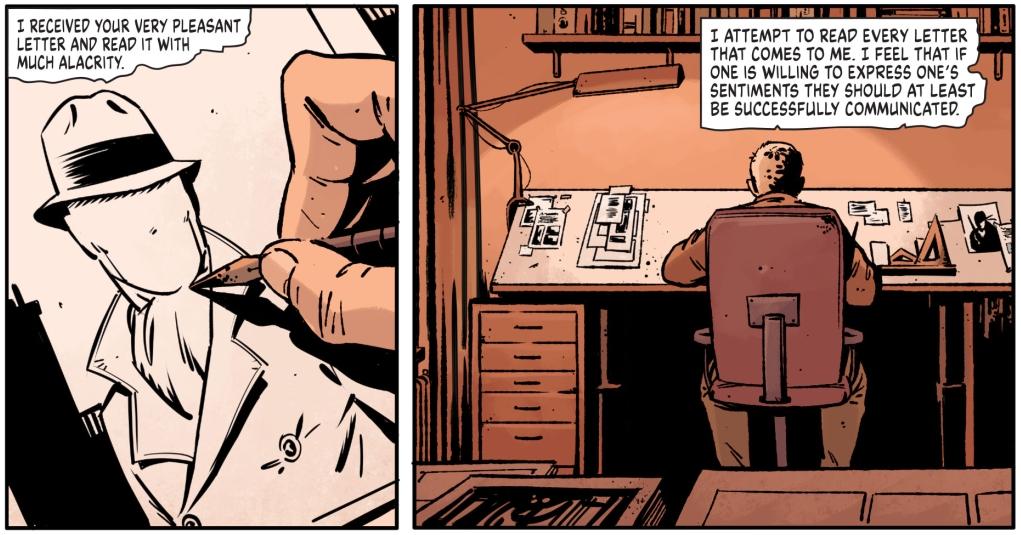 Tom King’s Rorschach is quite different from Watchmen, or any other comic I’ve ever read for that matter. It’s a totally engrossing mystery that’s unlike anything else I’ve ever read. And I’m loving every minute of it.

Poker With The Suicide Squad