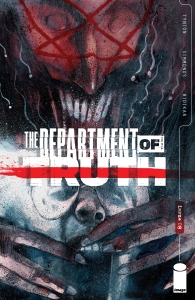 The Department of Truth #8: Cole Turner thought he joined the right side of the war for the Truth. But now that he’s learning more about Lee Harvey Oswald’s tenure leading the Department, he’s not so sure. The answers Cole seeks are hidden behind a pair of unsolvable riddles: WHO is the Fictional Woman, and WHAT does she want from him? The second arc of the smash-hit The Department of Truth #8 begins here!

The mess in question this issue is a secret headquarters of the Black Hat at the Denver airport. This story derives from the actual conspiracy theories surrounding the Denver International Airport. There are various meanings ascribed to arcane symbols, found around the grounds, murals with obscure symbology, and rumours of secret tunnels. Consequently, the secret tunnels materialized in the real world, providing an ideal headquarters for Black Hat.

The main hallmark of Hawk Harrison is his irreverence. This is best demonstrated by his choice of headwear: a baseball hat with an upside-down American flag. This irreverence is somewhat shocking, but oddly endearing. There’s a refreshing honesty to a man who doesn’t give a crap about what beliefs you hold dear. It’s quite understandable that a man who knows how malleable reality is, and actively manipulates it himself, would hold people’s deeply held beliefs in contempt.

Hawk gives Cole a look at the Department’s operations from another viewpoint. I was intrigued to see that he seems to be wary relying too much on what Ruby’s been telling him: “She’s been telling you all the fucking answers, hasn’t she? Been filling your head with her own framing, so you can’t see it with your own two eyes”. 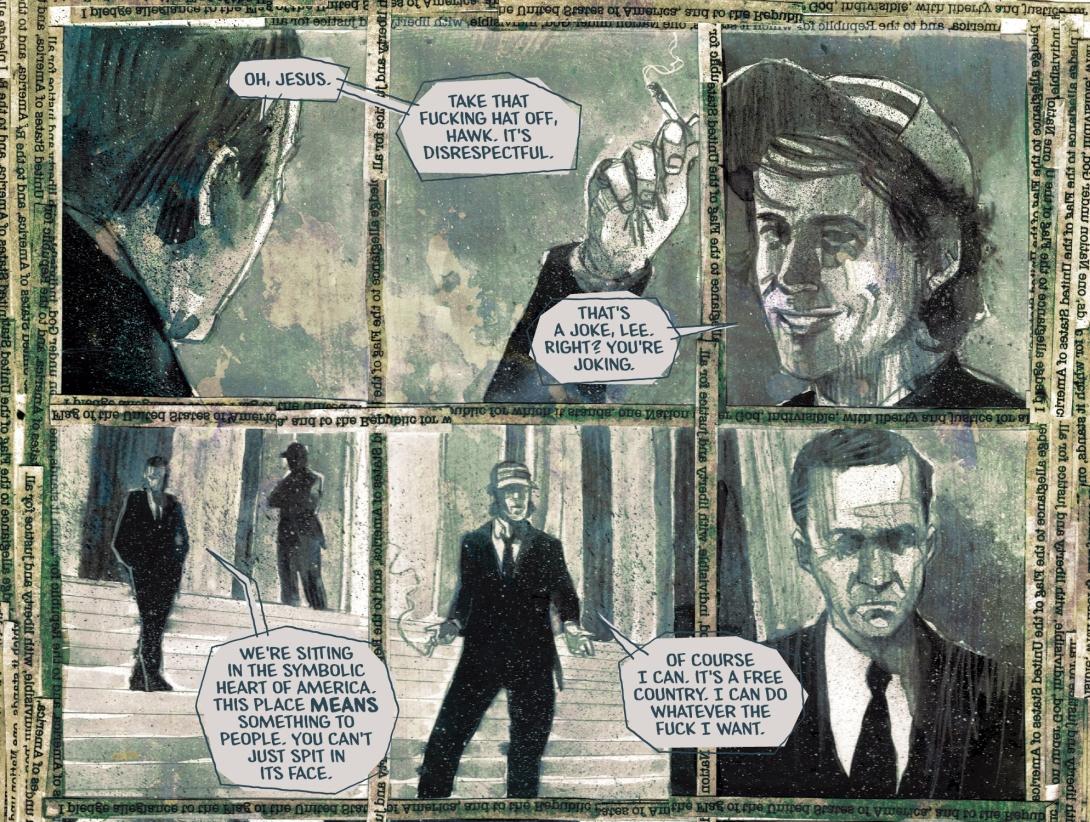 Then he tells Cole this important bit of advice: “Always question authority”, and Cole responds, “Believe me–I am right now”. This response delights Hawk. But he asks Cole to hear him out before making his own mind up.

Hawk fancies himself a magician. He introduces himself as “the motherfucking magic man of the DOT”. And he offers to take Cole how to practice his particular brand of magic. Cole tells Hawk, “I want to understand how you can do that. How you can bend reality in your favor”. And Hawk offers to do just that. Is this what Cole’s intended role is to be in the Department – to be Hawk’s successor?

It turns out that Cole has been on the Department’s radar for quire a while. We see in a flashback to 1987, Director Oswald giving Hawk an assignment concerning Cole’s preschool. We aren’t given details, but it does sound sinister, making me wonder if the Department might not actually be the villains of the series. But Cole seems crucial to their plan. Oswald states that Cole’s account of what happened at that preschool “might give us the foothold we’ve been looking or to tip everything our way.

With the interlude between arcs over, regular artist Martin Simmonds has returned. I have to admit that his style took a bit of getting used to, but I’ve really come to love it. Changing artists was a good way to set the interim issues apart from the main story arcs bracketing it. But I’m happy to see Simmonds return.

I have absolutely no complaints. Just when I think this series has achieved perfection, it just keeps getting better. 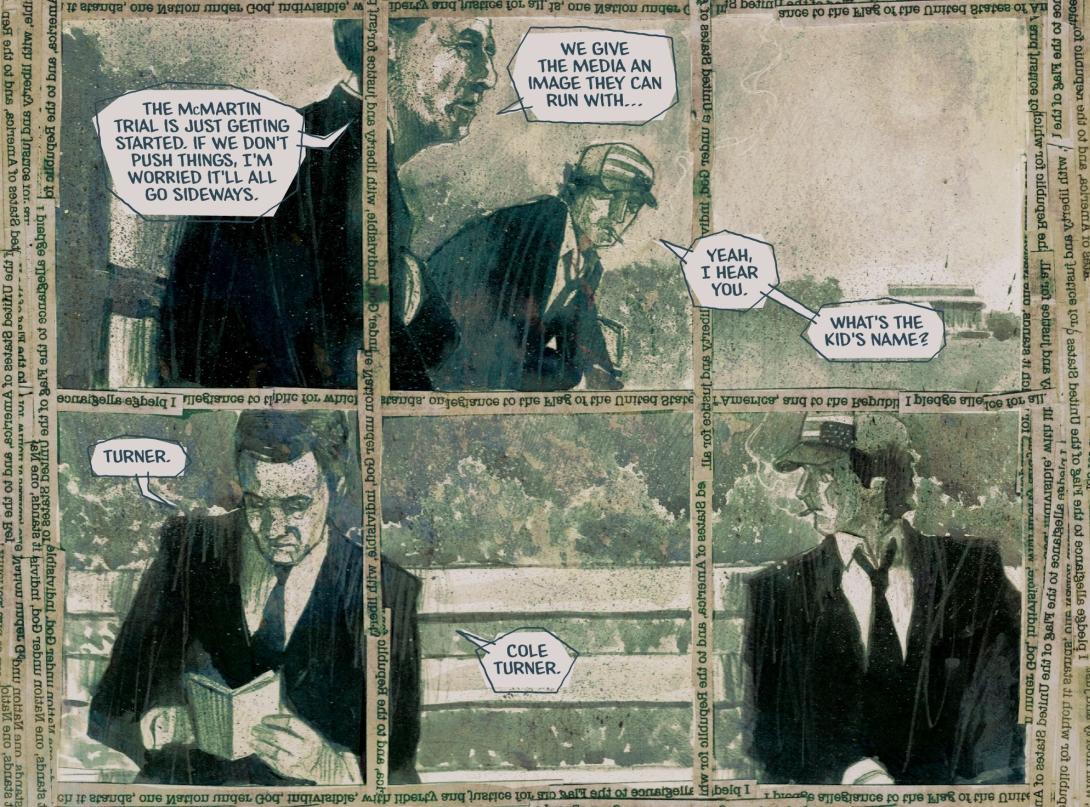 The Department of Truth #8 takes us even further the rabbit hole, which is miles deep at this point. This title is quite unlike anything else on the shelves at the moment, but I’m loving every bit of it.